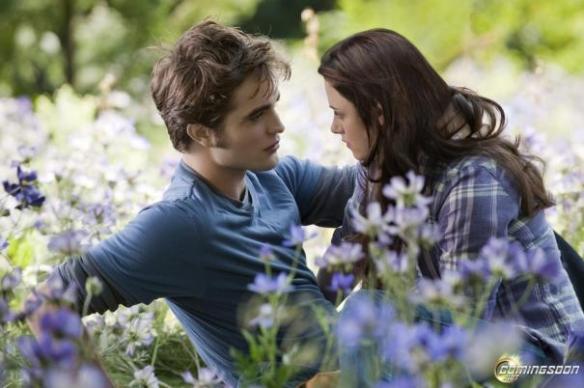 This will get more than a few pre-teen hearts a'twitter.

The third installment in the mega-popular supernatural romance series finds Bella being forced to choose between her love for Edward and her more-than-friendship with Jacob as enemies of the Cullen clan gather an army to take over the vampire world. Even the werewolves are forced to choose a side. Early reviews for this one have it as the best one of the series so far.

Rating: PG-13 (for intense sequences of action and violence, and some sensuality)

(UTV Communications) Sonam Kapoor, Imran Khan, Samir Dattani, Bruna Abdallah. Jay is an assistant director to one of the top directors of romantic movies in India, but Jay doesn’t believe in love. Simran is in love with love stories, so much so that her life has begun to resemble one. After the two meet by chance, Simran’s life begins to show the influence of Jay’s cynicism, while Jay’s strange encounters with Simran begin to work their way into the fiction of the movie that Jay’s working on. Can there be a happy ending for two people who are so different to begin with?

Rating: NR (some sequences of sensuality and smoking)

(Paramount) Noah Ringer, Nicola Peltz, Dev Patel, Cliff Curtis. This live action remake of a Nickelodeon fantasy animated series is helmed by none other than the King of Twists M. Night Shyamalan. The plot is simple: the world is divided into nations who are able to control the four elements – earth, fire, water and air. When the Fire Nation declares war on the other three, they will have to unite to stave off the menace of Fire – and find a legendary hero who can control all the elements.

(MPI Media Group) Jeff Daniels, Ryan Reynolds, Emma Stone, Lisa Kudrow. A middle aged novelist whose life has never measured up to anybody’s expectations finds an unlikely friendship with a teenage girl who is dealing with a family tragedy. He has relied on imaginary friends since childhood, particularly a costumed superhero named Captain Excellent, to help guide his way but his new real friend may be just what he needs to finally grow into the man he was always meant to be.

Rating: R (for language and a scene of sexuality)