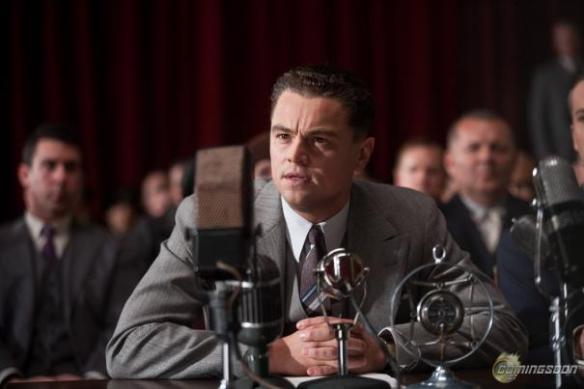 One of America’s icons takes on another icon. Clint Eastwood undertakes to tell the story of J. Edgar Hoover, the longtime head of the FBI. Long one of the most enigmatic figures of the 20th Century, the legends and myths around America’s top cop have grown regarding his personality, his sexuality and of course his paranoia. He kept files on all sorts of Americans, ranging from Eleanor Roosevelt to John Lennon. Who was the man behind the myth? Eastwood aims to expose the man J. Edgar Hoover was.

See the trailer and promos here.

(Relativity)Henry Cavill, Stephen Dorff, Freida Pinto, Mickey Rourke. Director Tarsem Singh, with such visual treats as The Cell and The Fall to his credit, takes on Greek mythology. Specifically in this case, the story of Theseus, a young stonemason out to avenge the death of his mother at the hands of a power-mad King bent on not only conquering all of Greece but destroying the Gods as well.

See the trailer, a promo, a featurette and web-only content here.

Rating: R (for sequences of strong bloody violence and a scene of sexuality)

(Fox Searchlight) Elizabeth Olsen, Christopher Abbott, John Hawkes, Sarah Paulson. A woman who has escaped from a violent cult seeks refuge at the home of her older sister. She is reticent to talk about her experiences until her memories begin to surface, leading to increasing paranoia that she is being stalked by the cult who wish to reclaim their lost member. As this occurs, the line between reality and delusion begins to blur.

See the trailer, a clip, a featurette and web-only content here.