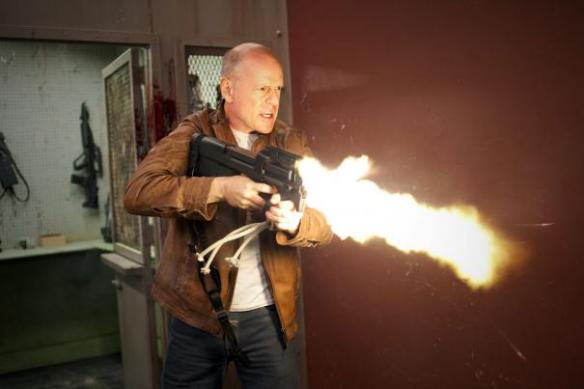 FOR ELLEN (Tribeca) Genre: Drama. A wannabe rock star signs away custody to his six-year-old daughter in a divorce but isn’t sure he can walk away from her just yet. Release Strategy: New York City only. RATING: 2.7 Could be Paul Dano’s most affecting role yet.
GIRL MODEL (Cinereach) Genre: Documentary. A devastating look at young Russian teen models thrown into the meat grinder of the Japanese modeling scene. Release Strategy: New York City only. RATING: 2.2 A surprisingly powerful documentary that was screened at this year’s Florida Film Festival. My review can be read here.

FRANCINE (Factory 25) Genre: Drama. A female ex-con settling in a small town substitutes animals for human relationships, with tragic results. Release Strategy: New York City only. RATING: 3.3 No trailer but with Melissa Leo in the title role, that automatically makes it interesting to me.

TEARS OF GAZA (Self-Released) Genre: Documentary. A Norwegian documentarian, moved by the 2008 Gaza bombings, takes raw footage from amateur cameramen and cell phones and weaves it into a compelling story as it examines the effects of the Israeli military action on the civilians of the area. Release Strategy: New York City only. RATING: 2.2 War is easy from an armchair; seeing what becomes of those caught in the crossfire is a whole other story.

THE WAITING ROOM (International Film Circuit) Genre: Documentary. One day in the life of a struggling inner city Oakland hospital. Release Strategy: New York City only. RATING: 2.1 Looks powerful and moving. Why isn’t this playing in the Bay Area?

THE BARRENS (Anchor Bay) Genre: Horror. A man taking his family on a camping trip may be losing his mind – or he may be actually being stalked by the infamous Jersey Devil. Release Strategy: Limited. RATING: 2.6 Kind of cliché but “True Blood” fan fave Stephen Moyer stars and it may well be a lot better than it sounds.
BRINGING UP BOBBY (Self-Released) Genre: Drama. A career con artist must choose between giving up her son or giving him up for a chance at a better life for them both. Release Strategy: Limited. RATING: 2.4 Written and directed by actress Famke Jansen and starring Milla Jovovich – actually the trailer looked pretty intriguing.
THE HOLE (Big Air) Genre: Horror. Some teens find a bottomless hole in their basement which once uncovered unleashes the most disturbing of nightmares. Release Strategy: Limited. RATING: 2.9 Joe Dante previously directed Gremlins and The Howling and this kind of fits right in with that level of horror.
HOTEL TRANSYLVANIA (Columbia) Genre: Animated Feature. Into a hotel for monsters run by Count Dracula and his daughter who chafes at his over-protectiveness comes the most scary creature of all – a human. Release Strategy: Wide. RATING: 2.3 Looks about as fun as any animated feature so far this year.
LOOPER (Tri-Star) Genre: Science Fiction. In the future, the mob will use time travel to send people they want to erase to assassins called Loopers which works really well until one Looper is given his future self to kill. Release Strategy: Wide. RATING: 1.3 A really intriguing premise for a movie.
THE OTHER DREAM TEAM (The Film Arcade) Genre: Sports Documentary. The improbable story of the Lithuanian Olympic basketball team, which went from being part of the Soviet Union to being sentimental favorites and underdog overachievers. Release Strategy: Limited. RATING: 1.5 Looks like the kind of movie that will bring a smile to your heart.
SOLOMON KANE (Radius) Genre: Fantasy. A damned 16th century soldier vows to live a life of peace to offset his cruel actions but when a darkness threatens the world he must once more take arms. Release Strategy: Limited. RATING: 2.1 Looks spectacular but has been sitting on the shelf for years which doesn’t inspire confidence.
WON’T BACK DOWN (20th Century Fox) Genre: Drama. A single mom takes it upon herself to improve the educational system in her poverty-stricken area on behalf of her child who is unable to read. Release Strategy: Wide. RATING: 2.3 Maggie Gyllenhaal and Viola Davis, two of the strongest actresses working today, star.

SCHEDULED TO BE REVIEWED HERE AS NEW RELEASES
The Words, Resident Evil: Retribution, Dredd 3D, End of Watch, Trouble With the Curve, Hotel Transylvania, Looper, Won’t Back Down.