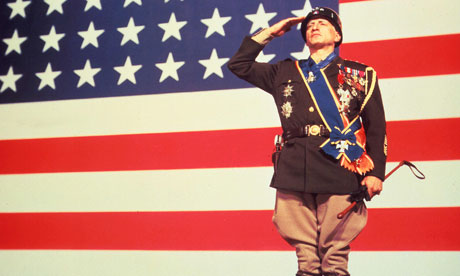 With Independence Day just around the corner, that means it is time for our annual mini-review festival that looks at what it’s like to be an American. The American Experience centers around movies that depict the American lifestyle, events in American history or famous Americans. In fact, our banner this year depicts an iconic scene from an Oscar-winning biopic about a famous American warrior. Perhaps ironically, that’s not one of the films I’m reviewing this year, although I will get around to reviewing Patton one of these days. It was one of my father’s favorites.

So hopefully those readers who are Americans will be enjoying their holiday weekend with traditional barbecues, fireworks and getting together with family and friends as we celebrate our home. And what could be more American than a motion picture, something that an American invented and has been an American art form for more than a century? Happy Fourth everybody!