They’re talking about him again. 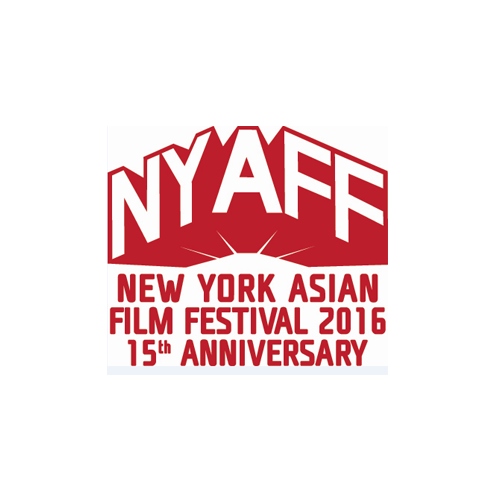 We live in an era of corruption and graft. Of course, every era to date has had such qualities to it. When justice is twisted upon itself, all that is left is vengeance.

Byun Jae-wook (Hwang) is a prosecutor, and not just an adequate one. He has an extensive knowledge of the law that stems from his intense love of the law. He will do whatever it takes to put criminals behind bars where they belong, which sometimes leads him to some questionable interrogation tactics in which he literally beats confessions out of suspects.

At an environmentalist protest of a planned development at an important bird sanctuary in Korea, a group of outsider thugs come in and initiate a confrontation with the police. One of their number is arrested after assaulting a police officer and is taken to Byun for questioning. The suspect dies mysteriously while in custody and Byun is charged with murder. Byun claims that the suspect was an asthmatic and that his inhaler had malfunctioned; however, there are no records of the suspect having asthma. Byun’s boss, Kang Yeong-sik (E-s. Kim) who has political aspirations, advises Byun to plead self-defense. However, that strategy fails miserably despite Kang’s reassurances and Byun realizes, belatedly, that he’s been framed.

In prison, he is at first a target for regular beatings – he had personally put away many of the prison’s residents. However, his knowledge of law helps a couple of guards and they make sure that Byun is untouchable and he becomes a gang unto himself. When con-man Han Chi-won (Kang) is imprisoned, Byun sees an opportunity. He befriends the narcisstic young man and prevails upon him to do Byun a favor if Byun can get him released early. Thus begins a deadly game in which Byun and Kang are the players and Han is caught in between. Byun will stop at nothing to prove his innocence, but can he truly trust the amoral Han?

One of the things that is most delightful about this movie is the various influences on it. It’s a prison movie that has a lot of similarities to The Shawshank Redemption as well as a number of 90s-era action B-movies starring the likes of Stone Cold Steve Austin and Dolph Lundgren. There are also elements of such classics as The Sting as well as the retro-hip score and look of the Oceans trilogy.

Lee deftly weaves together all these disparate elements and we end up with a taut crime thriller with heavy comedic overtones. The movie is fast and fun for the most part, and Han – a leading teen idol in Korea who gets the teen girl crowd over there sighing expressively – provides some occasionally over-the-top but surprisingly solid comic relief.

More to the point is Hwang, a craggy actor who is one of Korea’s very best. In many ways the equivalent to Robert De Niro, he has done a lot of gangster films in the past including New World (2013) which is justly considered by some to be the Godfather of Korea. Byun is a complex character, one who has had issues with violence in his past but has come to regret some of his actions, now that he has effectively seen how the other half lives. Hwang commands the screen like a boss whenever he’s on and quite frankly from this point over I’ll go out of my way to see anything he’s in.

The movie runs a bit over two hours and for the most part, you don’t notice that it’s a bit long for this kind of film. Those who have trouble staying in one place for two hours might have some issues with it, but film buffs are going to feel like scarcely any time has passed. This might well be the find of this year’s New York Asian Film Festival. It doesn’t have American distribution yet, but hopefully it’s huge success in Korea will lead to at least some sort of distribution deal here. I hope so; it deserves to be seen by a lot of people.

REASONS TO GO: Hwang and Kang make an effective team. The film combines a number of different genres to make a satisfying stew.
REASONS TO STAY: May be a little too long for the attention-challenged.
FAMILY VALUES: A bit of violence and foul language.
TRIVIAL PURSUIT: The movie made $22 million on its opening weekend and is currently 16th on the all-time Korean box office chart.
CRITICAL MASS: As of 7/6/16: Rotten Tomatoes: No score yet. Metacritic: No score yet.
COMPARISON SHOPPING: The Shawshank Redemption
FINAL RATING: 7.5/10
NEXT: Mr. Six