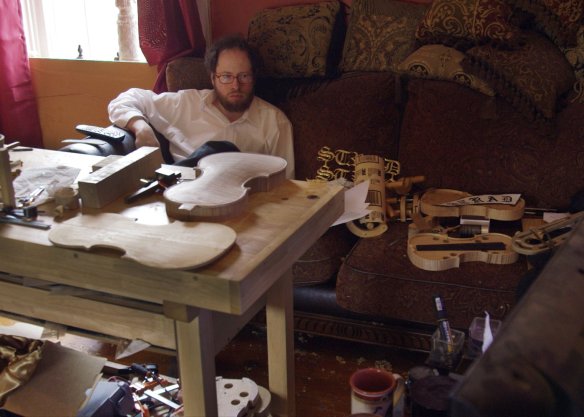 Danny Hauck in his home studio. 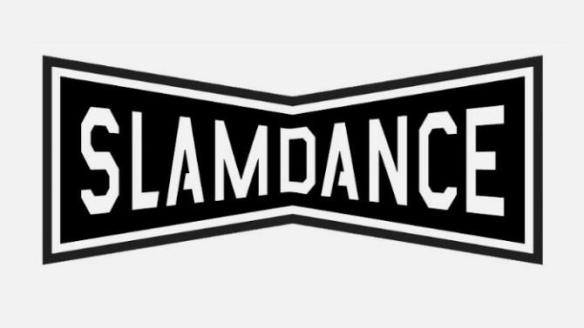 Dreams come in all sorts of shapes and sizes and some are more realistic than others. Then again, that’s what dreams should be right – to reach for the unattainable, the unlikely, the impossible?

Daniel Hauck is a bipolar man who lives in an isolated farmhouse in Laurelville, Ohio. Since he was a young boy he has been fascinated by violins. More than fascinated, really; it would be more accurate to call it a passion or an obsession than anything else. He doesn’t really have the talent to play them so much but he develops an urge to build them.

Besides that he’s also into custom cars and car clubs but that’s really a hobby that is a bit more expensive than he can afford at present being unemployed with almost no prospects of anything coming along anytime soon. He lives a lonely existence by choice although he does have a computer in which he keeps up with social media.

It’s on Facebook that he meets Razvan Stoica, a concert violinist considered to be one of the best in the world right now, although he is not well-known in the States – yet. The two befriend one another and begin messaging each other. They talk about classic violins and Stoica mentions that he would love to play one of the most famous in the world – Guarneri del Gesu’s (a contemporary of Antonio Stradivari and a fellow resident of Cremona in Italy) Il Cannone, or the cannon, the violin made famous by Paganini. .Daniel, perhaps impetuously, offers to build him a replica of the instrument.

Daniel hasn’t built a violin of this caliber before and he has no training in doing so. Nonetheless, he goes after the project with a certain amount of joie de vivre and learns what he can from the Internet. He also gets the help and support of Rodger Stearns, a local violin maker and woodworker. While his mother Mary and cousin David Campbell give him various degrees of support, Daniel proceeds largely through trial and error using the tools he has and making homemade UV booths and other ingenious ideas to keep the process going.

In the meantime, Razvan has expressed that he wants to play the instrument during a series of concerts in June starting in Amsterdam. Can Daniel overcome the odds and produce an instrument up to the exacting standards not only of one of the greatest concert violinists of our time but also one of the all-time masters of violin making?

Hauck is an engaging subject, often self-deprecating and sometimes raging against the difficulty of his situation and of the task he has set before himself. He is in many ways a perfect documentary subject, candid and open about nearly every aspect of his life. He has a dream yes, and he is determined to fulfill it but like most dreams it isn’t an easy one and it wouldn’t have been hard to abandon it at any time.

Avalos does just about everything on the project, including running the camera, editing, directing, producing and interviewing the subject. It’s very much his show and it shows enormous promise. The cinematography is as good as any I’ve seen for a documentary in the last year or so and not only captures the clutter of Danny’s home but also the stark beauty of the Ohio landscape in winter, the gorgeous Renaissance-era architecture of Cremona, and the sensuous lines of the violin.

There’s an awful lot of instruction going on here as well as Hauck takes us through the making of his violin. He knows what to do – he’s just not always sure how to do it and not everything he does ends up in success. Still, it’s fascinating stuff watching the project go from pieces of wood to a beautiful musical instrument.

I don’t know that this is so much an inspiring story so much as a comforting one – human beings are capable of so much more than we ever think we are and this reaffirms that. I’m hoping that a distributor that knows what to do with good documentaries gets hold of this; it deserves to be seen by a large audience. The logline may sound a bit dry but this is nonetheless a documentary that leaves the audience feeling good after the end credits roll and at a time when so many documentaries are hell-bent on telling us what’s wrong with the world, it’s nice to see what’s right.

REASONS TO GO: Danny Hauck is an engaging and fascinating subject. The film is actually extremely instructive on the difficulties of making a violin.
REASONS TO STAY: Some of the editing is a bit jumpy.
FAMILY VALUES:  There is a bit of profanity.
TRIVIAL PURSUIT:  Avalos was originally doing a documentary about “new violins” versus “old violins” and met Hauck through the process of researching it. When he discovered Hauck’s story, Avalos elected to focus on that instead.
CRITICAL MASS: As of 1/24/17: Rotten Tomatoes: No score yet. Metacritic: No score yet.
COMPARISON SHOPPING: Mao’s Last Dancer
FINAL RATING: 7.5/10
NEXT: 20th Century Women