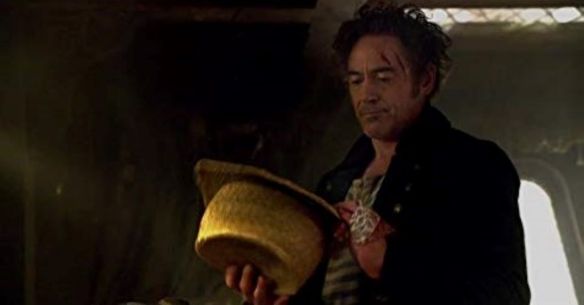 The beloved series of children’s stories gets a modern retelling as the Victorian-era veterinarian and physician Dr. John Dolittle, who much prefers the company of animals to humans, races against time to save a gravely ill little girl, voyaging to a mysterious remote island in search of a cure. Did I mention he can talk to the animals?

See the trailer here
For more on the movie this is the website
Genre: Fantasy/Family
Now Playing: Wide Release
Rating: PG (for some action, rude humor and brief language)

(Columbia) Will Smith, Martin Lawrence, Vanessa Hudgens, Joe Pantoliano. Bad boy detectives Lowrey and Burnett go for one last ride on the mean streets of Miami to take on a well-heeled and ludicrously armed villain who is out to blow away the both of them. Wha’cha gonna do?

See the trailer here
For more on the movie this is the website
Genre: Action
Now Playing: Wide Release
Rating: R (for strong bloody violence, language throughout, sexual references, and brief drug use)

Color Out of Space

(RLJE) Nicolas Cage, Joely Richardson, Madeleine Arthur, Brendan Meyer. When a meteorite lands in a small New England town, it brings with it an extraterrestrial organism that infects the minds and bodies of the inhabitants. Based on a classic H.P. Lovecraft story.

See the trailer here
For more on the movie this is the website
Genre: Sci-Fi Horror
Now Playing: Enzian Theater (Wednesday Only)
Rating: NR

The Song of Names

(Sony Classics) Tim Roth, Clive Owen, Catherine McCormack, Jonah Hauer King. As Europe prepares to erupt into World War II, a prodigal violinist disappears without a trace on the eve of his debut concert performance. His adopted brother spends his life trying to track him down and discover why he fled so abruptly.

(GKIDS) Starring the voices of Kotaro Daigo, Nana Mori, Tsubasa Honda, Sakura Kiryu. A young runaway surviving (barely) on the streets of Tokyo meets a young girl who can seemingly control the weather.

See the trailer here
For more on the movie this is the website
Genre: Animated Feature
Now Playing: Wide Release
Rating: PG-13 (for suggestive material, some violence and language)