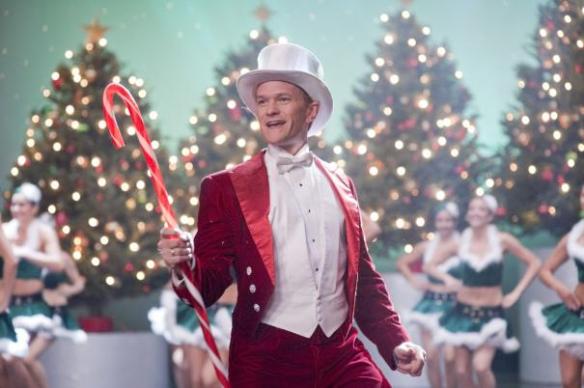 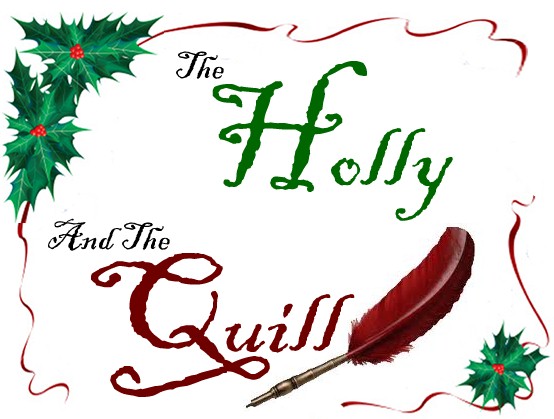 Christmas is a time for family. For bonding with those friends who have been beside you the entire year. To have kindness and concern for others, to have peace and compassion on your mind.

This movie is about none of those things. Our heroes, following the events of Harold and Kumar Escape From Guantanamo Bay have drifted apart. Kumar Patel (Penn) has left medical school after failing the drug test and lives in the same ratty apartment he once shared with Harold Lee (Cho), who has become a big-time Wall Street investor (and has protestors ringing his office). He is married to Maria (Garces) whom he is trying to get pregnant in order to impress his father-in-law (Trejo) who doesn’t impress easily.

Kumar has been dumped by Vanessa (Harris) who is pregnant with his rugrat. He’s also scored an impressive stash from a mall Santa (Oswalt) which he intends to spend Christmas smoking himself into sweet spliff oblivion. But he receives a package that is meant for Harold and decides to deliver it in person to his former best bud.

Harold though has problems of his own. His home has been invaded by his future family (who arrived by the busload) and his dad-in-law wants this Christmas to be perfect. To that end he’s brought a 12-foot Douglas Fir that he has spent the last eight years raising, making sure that the dimensions were just right, that the branches opened up just so. Once decorated, it is indeed a magnificent tree.

As he and his family go to celebrate Mass, Kumar comes by with the package which turns out to be a gigantic joint. As Harold no longer partakes, he tosses the massive thing out the door. Kumar, irritated, decides to light it up for himself but somehow, almost by magic, the joint floats back into the house and lights the tree on fire.

Harold is mortified. He has only a few hours to replace the tree and potentially save his marriage. Kumar, feeling a little guilty, decides to help out along with his friend Adrian (Blumenfeld) and Harold’s friend Todd (Lennon) and Todd’s toddler. In the course of the night, they will deal with Ukrainian mobsters, ghetto tree lot entrepreneurs, a coked-out infant, emergency surgery on the real Santa after they accidentally shoot him, and appearing in the chorus line of a Broadway musical starring Neil Patrick Harris which is a bit disconcerting to our intrepid heroes since he was killed in the last movie. Listen, he’s N.P. Freakin’ H, motherf****r so don’t be hatin’.

It’s been said in other places by finer writers than I that Harold and Kumar are essentially the Cheech and Chong for the 21st century. That’s cool by me; not being a stoner I don’t really get the humor as much but then there’s room for all sorts of movies and who am I to deny the Stoner Nation their due. I’ve seen the first and now this, the third, movie in the franchise and in all honesty, the first is a much better movie than this (to the surprise of no one). That doesn’t mean it doesn’t have it’s worthwhile moments however.

This is no Christmas movie for the entire family to gather around the flat screen for. There is a lot of sexual humor, some of it quite crude as well as plenty of nudity and drug use. While some will laugh out loud at some of the pretty consistently lowbrow humor (it wouldn’t hurt to fire one up before you fire up the Blu-Ray), I don’t think even those toasted out of their skulls are going to find this a laugh fest from start to finish.

I will say that Cho and Penn have an easy-going chemistry and I think it was a bit of a mistake to have them on the outs for most of the movie. Part of the charm of the first movie was the relationship between the two and that’s largely missing here until the end. However, one cannot discount the contributions of Neil Patrick Harris. Even though he’s essentially in one scene, it’s the best scene and illustrates why the man’s an icon, a credit to the human race and just a gosh-darned all around nice guy. While he’s no Dr. Horrible here, he constitutes one of the main reasons to see the film – or any film for that matter. Even if he’s not in it.

The 3D is pretty nifty although I suppose at this point it will largely depend on if your 3D set is nifty as well – I’ve found a pretty staggering range of quality in 3D televisions. The jokes are more or less uneven although I found some sequences (as one where they start hallucinating that they are Claymation figures) to be pretty worthwhile. This isn’t a family holiday movie by any stretch of the imagination – but I think it’s not necessarily a bad thing if there are a few out there that aren’t.

WHY RENT SOMETHING ELSE: The humor is a bit tired and not all of it works.

FAMILY VALUES:  Lots and lots and lots of sexual content with occasional nudity and regular crudity, plenty of drug use, a boatload of foul language and a bit of violence. Just a bit.

NOTABLE HOME VIDEO EXTRAS: Actor Tom Lennon rants about his fellow actors and the films in six separate interview segments and there’s also a bit on the brief Claymation sequence in the film.

BOX OFFICE PERFORMANCE: $35.4M on a $19M production budget; the numbers were disappointing enough that a fourth Harold & Kumar movie isn’t on the radar.

NEXT: The Holly & the Quill concludes!