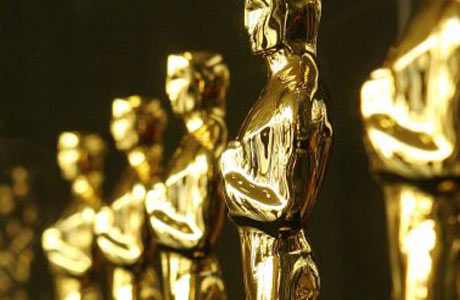 Conspiracy theorists are generally certain that our planet has been visited by extraterrestrial life; some of them go so far as to say that these visitations come with government help and co-operation. There are those who think that there is an entire agency who oversees the extraterrestrial presence on Earth.

James Edwards (Smith) is a cop. He’s a very good cop; dogged, determined and a pretty smart cookie. When he runs down a suspect whose eyes blink the wrong way, he inadvertently is exposed to something that certain agencies don’t want him to see. Agent K (Jones), a man in a terribly fitting black suit, questions Detective Edwards about the affair, taking him to see Jeebs (Shalhoub), an informant of the NYPD who is also, it turns out, an informant of the Men in Black, the agency Agent K works for. When K gets what he needs, he wipes the memory of Edwards but because he’s looking for a new partner, gives him a business card. Edwards’ unorthodox way of thinking grabs the attention of K’s boss, Zed (Torn). Edwards’ identity is completely erased from existence and he becomes Agent J.

When a Bug lands on the planet and takes over the skin of Upstate New York farmer Edgar (D’Onofrio), it sets the stage for an all out catastrophe. See, the Bug kills a member of the Arquillian Royal Family in order to get a hold of an inexhaustible power supply called the Galaxy. With the Bugs at war with the Arquillians, this presents quite a dilemma; the Arquillians don’t want them to have it and are willing to destroy the Earth to make sure they don’t get it.

With the help of a New York City coroner (Fiorentino) who gets caught in the middle, the Men in Black run down the Bug but he is in the course of getting away using spacecraft hiding in plain sight of all New Yorkers. It is up to the Men in Black to save the day and protect the planet.

Based on a comic book originally published by Malibu Comics which was in turn bought by Marvel, the success of this movie would lead Marvel to go ahead and sell the rights of Spider-Man to Columbia and X-Men to Fox, leading to the explosion of comic book films that dominates the box office landscape today. It also made Smith one of the biggest stars in Hollywood where he also remains today.

The movie displayed a kind of ironic sense of humor that melded the 60s and the 90s, bringing the kitsch of that era back in a big way. The New York World’s Fair of 1964 was on display with the New York Pavilion Towers figuring prominently in the climax, but also the overall architecture of the fair which was echoed throughout the MIB headquarters in Battery Park. Well, below it actually. Strangely, it’s largely because of this era dichotomy that the movie doesn’t feel dated as we approach it’s 20th anniversary in 2017.

The chemistry between Jones and Smith was genuine and worked nicely, the laconic and humorless Jones making an able counterpoint to the ‘tude of Smith who was as modern as they get in 1997. Although they would reprise their roles in two more films to date, the first movie was really the magical one in this regard.

In many ways this movie is to science fiction what Ghostbusters is to horror. The genre elements are as good as they get, but the humor makes this movie as much fun as a movie can be. While folks don’t really consider this an Oscar type of picture, it actually won a golden statuette and was nominated for three all told. In this case, all of the honors it got were richly deserved.

WHY RENT THIS: Incredible kitschy fun. Will Smith kicks off his film career with a classic. Quirky sense of humor.
WHY RENT SOMETHING ELSE: At times can be a little too far-out for the mainstream.
FAMILY VALUES: There’s some violence and a little bit of foul language.
TRIVIAL PURSUIT: Originally, Clint Eastwood was offered the part of Agent Kay but he turned it down, preferring to concentrate on his directing career.
NOTABLE HOME VIDEO EXTRAS: All editions include a plethora of special features, including a music video, storyboard to finished product comparisons, mini-featurettes on the special effects and other technical areas of the movie and the Blu-Ray includes an “Ask Frank the Pug” feature which is a great time-waster for about 35 seconds before it gets old.
BOX OFFICE PERFORMANCE: $589.4M on a $90M production budget.
SITES TO SEE: Netflix (DVD/Blu-Ray rental), Amazon (buy/rent), Vudu (buy/rent),  iTunes (buy/rent), Flixster (purchase only), Target Ticket (purchase only)
COMPARISON SHOPPING: The Addams Family
FINAL RATING: 8.5/10
NEXT: Waiting for Oscar continues!