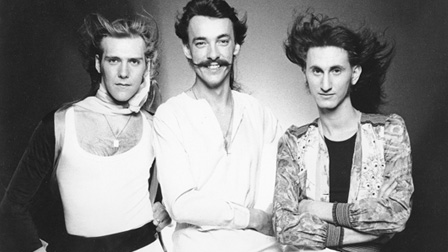 Some bands are high profile due to their outrageous personalities, some because of how many tickets, downloads and/or albums they’ve sold. Some bands, however, may make a lot of money but fly completely under the radar, a spirit of radio that survives into the digital age.

Canada’s Rush is like that. They started in the late 60s as a kind of psychedelic hard rock band, evolving into a more heavy metal incarnation in the 70s, before morphing into a progressive rock outfit in the 80s (which was, ironically enough, the height of their sales and popularity). In the 90s, they became a bit more of a hard rock band, which is where they’ve been ever since. Obviously, time stands still for some bands but not for Rush.

Even though the band has sold tens of millions of albums, sold out arenas and stadiums all over the world and are considered to be some of the finest musicians in rock and roll, they have never really gotten their due. I’m not sure why that is; it’s a subject that is often brought up, particularly by the musicians and celebrity talking heads, but there are no real answers. I don’t think there’s a ghost of a chance we’ll ever really figure it out other than to say that there are a lot of people who have crap taste in music, but that’s the music snob in me talkin’.

Part of the reason is displayed in this documentary. The three are actually very nice guys who don’t party like rock stars, who don’t do outrageous things and essentially stay out of the limelight. While never a fly by night kind of band, they’ve kept the same lineup for nearly their entire history, with only a single drummer change very early on in their career. In the very maleable world of rock and roll, that’s quite the rarity.

Drummer Neil Peart writes most of their lyrics with an eye towards science fiction, fantasy and philosophy. Watching the interviews with him and his mates, one gets a sense of how intelligent all three of them are. They haven’t squandered their fortune on ostentatious homes, toys and drugs; they haven’t got an arrest record a mile long. In that sense, they’ve managed to stay out of the camera eye. They’re basically decent family men who work in a peculiar industry, but otherwise they’re just like you or me.

Stars in both hemispheres, their music is complex, layered and yet melodic. It has influenced a diverse group of musicians, from hard rockers Kirk Hammett and Sebastian Bach (who claims he was the third member of the group’s fan club) to alt-rockers like Billy Corgan and Trent Reznor, all of whom appear here singing the praises of Rush along with filmmaker Matt Stone and actor/musician Jack Black. Influencing guys like this is launching mystic rhythms into the ether that will come back in the future in unexpected ways.

I admit to being a big fan of these guys, which makes it hard to be objective about a film like this. I enjoyed watching the concert footage, the fan love and of course the interview segments; however, it is the band’s home movies from their early years that I found most fascinating. Hearing them discuss their goals and aspirations sitting around a kitchen table at their suburban Toronto home, you get kind of a sense that they had a clear vision even back then. After all, even Tom Sawyer went to high school.

I can admire that these filmmakers give you a very detailed, intimate portrait of a band that I happen to care about, but even if I didn’t this is still a wonderful introduction to their music and their career. Whether you’re fans or not, chances are you’re going to like these guys who refer to themselves in very self-deprecating ways as boring and uninteresting. If you are fans, this will be a gold mine of rare footage and concert films of old favorites. It’s not quite going home, but it’s close. However you term it, this is a good way to get closer to the heart of an influential yet largely non-respected band.

WHY RENT THIS: An in-depth look at a band that never got the respect it truly deserves. Some really interesting home movie footage gives you a real sense of how the band evolved.

WHY RENT SOMETHING ELSE: While accessible to non-fans, certainly it won’t hold much appeal to those who aren’t into the band’s music.

FAMILY VALUES: There are a few bad words here and there but otherwise this is perfectly fine for Rush fans of all ages.

TRIVIAL PURSUIT: Neal Peart replaced John Rutsey as the drummer for the band; he also became the lyricist, allowing Geddy Lee to concentrate on the music and vocals.

NOTABLE DVD EXTRAS: The Blu-Ray edition includes an extra disc with an hour and a half of live performances not seen in the film, deleted scenes and a 12-page booklet.