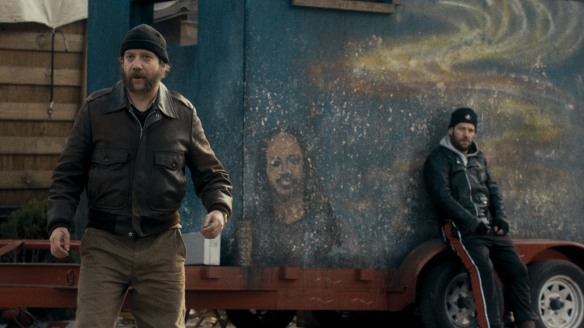 Paul Giamatti has taken the Beatles “I Am the Walrus” too much to heart. 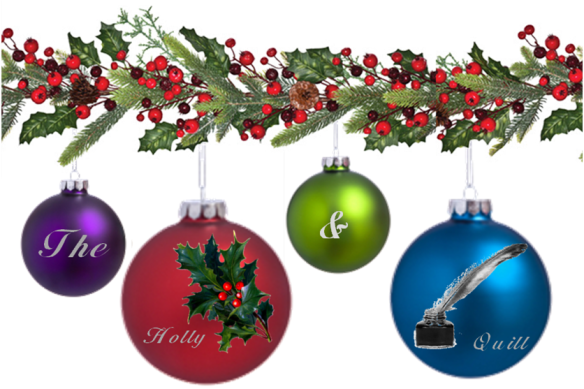 It is part of the human condition that we all need love. Not just to love something but to be loved back in return. I guess it has something with the urge to perpetuate the species but it has become much more complicated than that over time.

Dennis (Giamatti) is a criminal in rural Quebec who has spent four years in prison for a robbery. His partner, Rene (Rudd) didn’t show up when he was supposed to, leaving Dennis to hold the bag and do the time. While Dennis was in the slam, Rene was stealing away Dennis’ wife Therese (Landecker) who has told their daughter Michi (Richaud) that her dad died of cancer. Nice.

Dennis goes to see Rene and you would think it would be to open up a can of whoop ass but Dennis has other needs. He desires to go straight but he is out of cash, can’t get a job and is one step shy of being homeless. Rene has a job – he is delivering and selling Christmas Trees in New York. Dennis persuades Rene that he owes Dennis a job and Rene reluctantly agrees. Of course, Dennis is on parole and isn’t supposed to leave town but Dennis has another motive – he promised to buy Michi a piano and he means to keep his promise, even though Michi won’t know her dad is alive.

Easier said than done though. Dennis and Rene aren’t exactly experienced salesmen and they choose a rat-infested vacant lot to sell their trees. Moreover a slick operation from Vermont sets up shop across the street and before long the two criminals from Quebec are staring at a holiday season with no trees sold in the face. Dennis is befriended by Olga (Hawkins), a Russian dental assistant house sitting her employers’ home for the holidays after he sells her a tree and installs it for her but it takes some old fashioned intimidation to get their spot to themselves.

Dennis and Rene bicker but it looks like things are turning the corner. However, guys like this never can get a break and something occurs that threatens to send them home empty-handed and for Dennis that idea is absolutely intolerable as it is for Rene – who means to marry Therese. At least, just as soon as his own divorce is final.

Morrison last directed a feature eight years ago but that was the acclaimed Junebug which started Amy Adams’ career with an Oscar nominated performance. Like that film, the characters here are quirky and complex and not in an indie-cute kind of way but more in a depth of field kind of way. These are characters with a topography.

Giamatti despite a very unfortunate facial hair situation commands attention here. Dennis is temperamental and prone to flying off into rages at a moment’s notice. He still loves his wife despite her betrayal and his daughter beyond measure. He even has a soft spot for Rene, although that is sorely tested. Dennis tries very hard but occasionally can’t help his criminal behavior which has been engrained in him. Giamatti gives Dennis all that and a soul too.

Rudd is a very likable actor but he translates that likability to blandness here. Rene is a compulsive talker who quickly gets on Dennis’ nerves (and ours) and always seems to do the wrong thing with the best of intentions. He isn’t terribly bright but he is likable. Granted, this is kind of a hard role to play but Rudd doesn’t give it a lot of life.

I blow hot and cold about Sally Hawkins. She can be very irritating (Happy-Go-Lucky) and very compelling (Made in Dagenham). Here she has an over-the-top Russian accent and a kind of Natasha Fatale attitude. I actually kind of liked her here but I think the part would have been better served to keep her English background and let her be a little bit more natural. That’s just me though.

The Christmas vibe here isn’t as overwhelming as other movies we review this time of year. It isn’t a Christmas movie per se in that the film isn’t about the holiday – it just takes place during the holiday a la Home Alone. The good news is that the themes of friendship, needing to be love, forgiveness and sacrifice all have a place in the holiday spirit and so this kind of squeaks by.

I liked that the movie lets the audience mull those themes over without being overt about them – that Dennis finds a way to co-exist with someone he was so thoroughly wronged by is nothing short of miraculous (and unlikely) but I think that at the end of the day he does so not only for his own ends but so he can deliver on a promise made to his child. You can’t get any more Christmas-y than that.

FAMILY VALUES:  Plenty of bad language and some brief nudity.

TRIVIAL PURSUIT: The movie played the Tribeca Film Festival under the title Almost Christmas but changed names for its theatrical release.