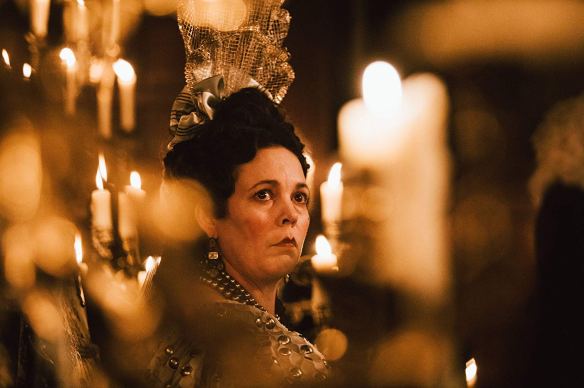 During the reign of Queen Anne, two courtiers vie for the position of companion to the frail but mercurial queen; one woman seeking to attain power and return to the aristocracy she was born in, the other trying to retain power. Lanthimos has become a favorite among film cognoscenti with such titles as The Lobster and The Killing of a Sacred Deer to his credit.

(CBS) Willem Dafoe, Rupert Friend, Oscar Isaac, Mads Mikkelsen. The life and times of renowned painter Vincent van Gogh, as taken from his letters, contemporary accounts, gossip and just plain fiction, from director Julien Schnabel who wowed audiences a few years ago with The Diving Bell and the Butterfly.

See the trailer and a clip here
For more on the movie this is the website
Release Formats: Standard
Genre: Biographical Drama
Now Playing: Regal Winter Park Village
Rating: PG-13 (for some thematic content)

(GKIDS) Starring the voices of John Cho, Rebecca Hall, Daniel Dae Kim, Victoria Grace. A four year old boy, jealous of the attention his baby sister Mirai is receiving from his parents, storms off into the garden only to meet people from the past, present and future who tell him the incredible story of his family.

See the trailer here
For more on the movie this is the website
Release Formats: Standard
Genre: Animated Feature
Now Playing: Wide Release (Saturday only)
Rating: PG (for thematic elements including some scary images)

All the Devil’s Men
Bernie the Dolphin
Kedarnath
Subramanypuram

The Favourite
Swimming with Men