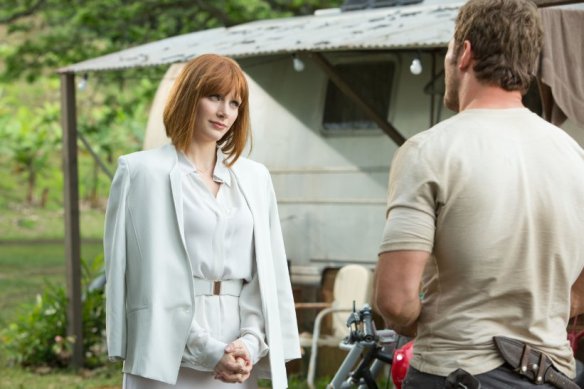 (Universal) Chris Pratt, Bryce Dallas Howard, Vincent D’Onofrio, Judy Greer. After a great many setbacks, Jurassic World – the ultimate theme park chock full of cloned dinosaurs – is open to the public and has become a global success. People flock to Isla Nubar to see the varied dinosaurs from the gentle giants to the predators in a variety of habitats and through a variety of means. Of course, this being a man-made preserve, things are bound to go wrong. The return to the Steven Spielberg/Michael Crichton franchise that made a generation of kids dino-crazy. June 12

(IFC) Adam Driver, Alba Rohrwacher, Roberta Maxwell, Jake Weber. Italian director Saverio Costanzo is behind the camera in this Hitchcockian thriller in which the relationship of two young newlyweds in New York City becomes strained after the birth of their first child. The mother’s odd actions and their child’s health issues lead the father to the horrifying realization that his wife is slowly and inexorably killing their baby. Driver usually plays comedic roles so this is definitely a step outside the box for him; it looks pretty chilling. June 5

(Kino-Lorber) Rob Ramsay, Scott Thompson, Jon Cor, Zoie Palmer. Sometimes a movie is just so out there that the description just doesn’t do it justice. Based liberally on Russian folklore, a forgotten toy named Jon is sentenced to work on the factory line, taking hundreds of babies from the cabbage patch, removing the leaves and processing the newborns to go out in the world. Growing deep into depression, he makes a desperate attempt to regain the happiness he once knew as he and his wife Mary flee an evil child catcher who wants to take that happiness away. The movie started life as an award-winning short. It might just be the most inventive movie we see all month. June 5

(Abramorama) Alec Baldwin, Will Ferrell, Tina Fey, Chris Rock. There is no doubt that Saturday Night Live, or SNL as it is more commonly referred to these days, is a cultural icon. Celebrating its 40th anniversary this year, the program has battled through lean years and celebrated through the fat as a place America turns to for laughs at 11:30pm every Saturday night – and also to make sense of often complex and confusing political and social issues of the day. Since the very beginning it has turned out some of the biggest names in comedy, both from its on-camera performers and from its writing staff as well. Throughout the entire run, Lorne Michaels has been the show’s producer. Now as the show wraps up its 40th season and gets ready for season 41, this documentary – which opened the recent Tribeca Film Festival – celebrates and chronicles the beloved show. June 12 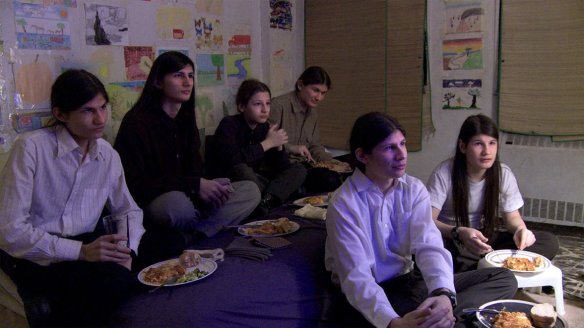 (Magnolia) The Angulo Family. In a Lower East Side apartment, the Angulo family – including six teenage boys, their teenage sister and the parents – live in a hermetically sealed environment with the children rarely allowed to leave the apartment – like maybe once or twice a year, sometimes not at all for more than a year. Movies are the only way they can let the world in, and their creativity is expressed through their elaborate and creative re-creations of the movies they watch. Their father maintains an iron psychological grip on the family, bending them to their will as the kids are kept as virtual prisoners, although there is no physical abuse. This documentary finds the kids surprisingly articulate and looks at a horror story made ordinary. June 12

(New Line) Miles Scott, Patricia Wilson, Natalie Scott, Nick Scott. On November 15, 2013, an entire major U.S. city came to a halt because of a sick child’s wish. Miles Scott, a 5-year-old victim of leukemia, wanted nothing more than to be Batman for a day. The Make-a-Wish foundation, which received Miles’ wish, wanted nothing more than to make it happen but the idea became something more than just entertaining a young boy for an afternoon; it became a movement. Few of us heard about this heartwarming event without feeling moved in some way. Most of us saw the final day in which Miles as Batkid saved San Francisco; this documentary tells us how this was made to happen and in doing so captivated the entire world. June 26