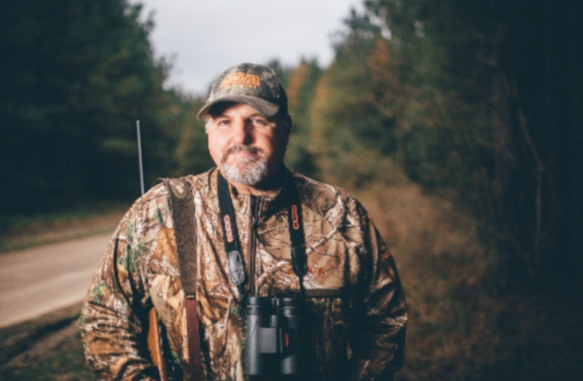 A little bit more than a three hour tour.

Often when we watch footage of hurricanes and floods on television, we feel sympathy for those affected but it’s quite a different thing when it happens in your own backyard. Being a Floridian, I’ve lived through several and have been fortunate enough to escape with little or no damage to my home, and none to myself or any family or friends.

Most people in New Orleans weren’t quite so lucky when Hurricane Katrina roared through in 2008. The local government was overwhelmed and they got little assistance from the feds. With people in immediate danger of their lives, a call went out for all boat owners to assist with the rescue of those trapped in or on their homes. Thus, the Cajun Navy was born.

So-named because many of those who responded were from Cajun Country – southern Louisiana – they have since remained a loose confederation of men mostly from Louisiana who answer the call when major storms cause flooding. Not only do they act as a kind of ad hoc rescue organization, they also serve to deliver supplies to areas cut off by flood waters and to assist local agencies and the National Guard, although their help isn’t always welcome.

The group doesn’t receive any significant funding and subsists on donations. The men involved are not compensated and have to take time away from their own lives, businesses, jobs and families to mount these rescue operations. It’s dangerous work; although there isn’t any record of any serious injury or death in the Cajun Navy, often the floodwaters are tricky and hard to navigate; some rescue operations also require them to put themselves into harm’s way.

This documentary, airing on the Discovery Channel tonight with available on their online streaming service Discovery Go thereafter (also available in app form on most mobile systems), follows members of the Navy as they head to Wilmington, NC in the wake of the massive 2018 Hurricane Florence. As one of the men notes, they aren’t needed to rescue people from country club estates’ it’s those who are poor, or suffering from mobility issues who are most at risk. Some don’t have the wherewithal to relocate even for a few nights; some lack the ability. There are always a few who simply don’t take the warnings seriously, or refuse to leave their homes even if they do.

These guys are all salt of the earth sorts, men who work the land, who work with their hands and who hunt and fish as a way of life. Sometimes we tend to think of Southern men as ignorant MAGA-hat wearing hicks who are racist and misogynist. While we don’t get into the political inclinations of these men (I’d be willing to bet there are some Trump voters among their numbers), they really do put the “good” back into good ol’ boys and they might change a few stereotypes along the way. Their creed is that they rescue anyone or anything that needs it, regardless of whether they have money, the color of their skins or who they voted for. They even help rescue livestock; a life, as one man puts it, is a life.

One of the more poignant and anger-inducing segments involves a rescue set at a nursing home where the administrator refused to let those in his charge leave even as the flood waters were rising. He told the Navy volunteers they didn’t have the authority; that meant nothing to them. People like that administrator are consigned to a special place in hell, putting money ahead of the lives of the elderly in their care. He’s lucky a family member didn’t show up later and beat him senseless.

Some of the footage here is nothing short of incredible. Most of it is suitable for all ages, although there is a segment in which Carlton Boudreaux, one of the original members of the Navy, is rescuing some livestock in rural North Carolina. An alpaca has ingested too much flood water and despite the best efforts of the ranch owner the animal who is clearly suffering has to be put down. Although the mercy killing takes place off-camera, that may be a little tough for the kids to watch.

It isn’t often that we see documentaries that show us this kind of sense of community. Navy founder Jon Bridgers points out that it’s easy to say “it’s just stuff; you can always replace it” until it’s your stuff. In an era where neighborhoods have disintegrated and people live in places surrounded by people they don’t take the time to know or interact with, it’s somehow comforting to know that there are people who take the word “neighbor” seriously and are willing to look out for those in need. The world needs more people like the Cajun Navy and they might just change your mind about the South.

REASONS TO SEE: This might change a few stereotypes about Southern men.
REASONS TO AVOID: Lacks any commentary from civic authorities who might have a different viewpoint about the Cajun Navy.
FAMILY VALUES: There is some peril and one difficult scene in which one of the men is forced to put an alpaca out of its suffering.
TRIVIAL PURSUIT: Although estranged at the time of filming, Carlton and Lisa Boudreaux have since reconciled.
CRITICAL MASS: As of 7/23/19: Rotten Tomatoes: No score yet: Metacritic: No score yet.
COMPARISON SHOPPING: The White Helmets
FINAL RATING: 8/10
NEXT: Miracle Molecule