There exists a jellyfish (Turritopsis) in nature that is virtually immortal. Poor scientist Quint (Cusick) is desperately trying to harvest the secret of the creature’s immortality in order to save his wife (Ahluwalia) and children from dying of a rare genetic disorder in a hard science sci-fi film (which went under the title Chimera during its initial festival run) from first-time writer-director Haeems.

He allies himself with Masterson (Quinlan), a billionaire who wants to save her own dying husband and is willing to see that Quint finishes his research, despite the fact that some of the research he needs – into stem cells – is forbidden by law. As Quint becomes more desperate, he begins to descend into madness, having long conversations with his comatose wife while his patient colleague Charlie (Harrison) looks on. Can Quint save his family and find the secret to immortality? And what price will he pay to find it? How far is he willing to go to save his wife and kids?

This is the kind of movie that wants to be a thinking person’s sci-fi film, but forgets that you need to have a viable story. Characters act against type and engage in tangential conversations that are ultimately meaningless to the plot other than to deliver philosophical broadsides to the audience. The movie looks nifty enough with a kind of world-going-to-the-dogs look to it, and lord knows the actors are doing their very best but they often look puzzled, as if they can’t figure out the dialogue they’ve been given to speak.

There are a lot of really deep concepts here (some cribbed from sources as diverse as Mary Shelley’s Frankenstein and Modern Science), but sadly Haeems only gives them lip service rather than a deep dive. With a more experienced writer this might have been a really compelling science fiction opus.

REASONS TO SEE: Ideal for those who love esoteric science fiction.
REASONS TO AVOID: Too many platitudes, not enough character development.
FAMILY VALUES: There is nudity and some disturbing images.
TRIVIAL PURSUIT: The names of the characters were all taken from the classic Henry James story Turn of the Screw
BEYOND THE THEATERS: Amazon, AppleTV, Fandango Now, Google Play, Hoopla, Redbox, Roku Channel, Vudu, YouTube
CRITICAL MASS: As of 7/10/2021: Rotten Tomatoes: 60% positive reviews; Metacritic: No score yet.
COMPARISON SHOPPING: Replicas
FINAL RATING: 5/10
NEXT: Upheaval: The Journey of Menachem Begin 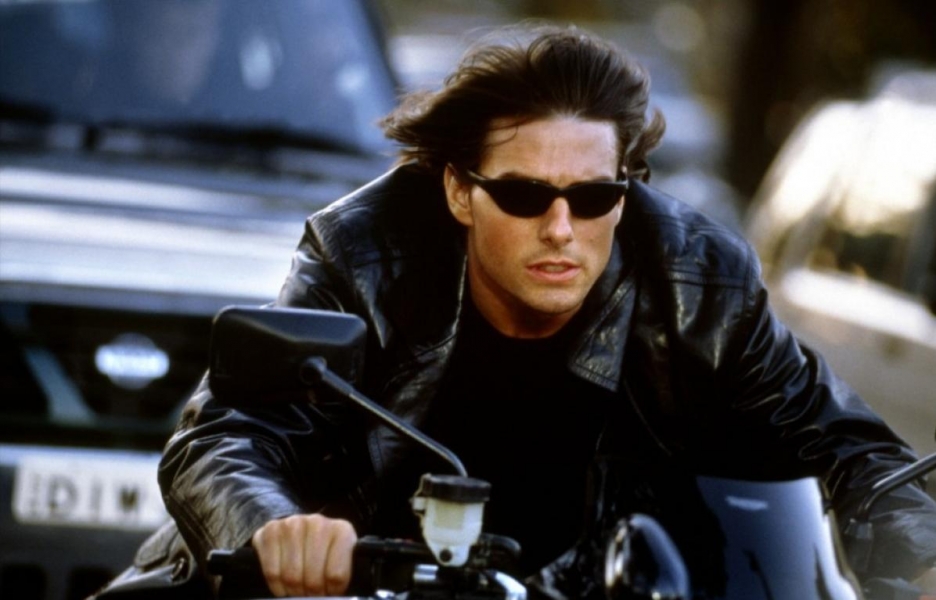 Tom Cruise knows how to define cool instead of being defined by it.

It sounds like an unbeatable combo: Tom Cruise, whose revival of the revered television franchise was a big hit; terrific gadgets; and John Woo, who with apologies to Jan de Bont, Michael Bay and John McTiernan, is the best action director on the planet. Should you decide to accept it? Heck, yeah!

The plot is a bit of a lulu. Tom Cruise’s Ethan Hunt, who is evidently back in the IMF after the recent unpleasantness is called upon to recruit Nyah (Newton), a beautiful thief to go after Chimera,a creation of an ex-Soviet molecular biologist which has been ripped off by a renegade IMF agent (Scott) who, as it happens, has a previous relationship with the thief and a grudge against Hunt.

Sounds simple enough but let’s face it, this isn’t Mission Simple it’s Mission Impossible right?. Ambrose, the renegade agent, is at least nearly as competent as Hunt and he has no compunction about using deadly force as does Hunt in this iteration. Nyah is the wild card whose allegiance is clearly to herself and whose motivations are murky at best.

Few directors are able to capture the poetry of movement as well as Woo, and the action scenes reflect that aesthetic. Woo stages some incredible action scenes, beginning with a mountain-climbing scene and building to a climactic motorcycle chase and fight. They are marvelously staged and worth every penny that you paid to rent or buy whichever version of it you have in your grubby little hands.

Now, the down side. Much less energy is put into the non-action scenes, and therefore some of the expository scenes drag. Hunt falls in love with the thief too quickly and for no apparent reason other than to make a plot complication the audience could do without. The writers also rely too much on the hoary plot device of disguising the actors as other actors. It seems like every ten minutes, someone is pulling off latex to reveal Hunt’s face or Ambrose’s face. Yes, we get that not everything is as it seems, guys. This is just pure laziness on the writers’ part, a device meant to move the plot along without really putting too much thought into it.

Cruise is surrounded by a capable cast, which is a good thing because he spends most of the movie trying to be emotionless (which translates onscreen as “wooden”). Scott makes a first-rate villain and for my money at the time seemed poised for stardom which to this point has never arrived. Newton is lustrous as the bad girl gone good (more or less) but does little more than point smoldering looks in Cruise’s general direction. Rhames returns from the first movie, but outside of one scene is given little to do beyond monitoring the computer and warning Hunt to be careful. Hopkins has a cameo as the acerbic head of the IMF; we could have done with more of him and less of the latex.

Still, given all the faults of the movie, it’s still a satisfying summer action thriller, full of great stunts, terrific gadgets and things that go boom. Even if you’re at home on a cold winter’s night, there’s nothing better than a big summer movie to take your mind off of things for two hours. This isn’t the best movie in the franchise and it’s a bit disappointing that Woo couldn’t make a better film, but the action sequences alone are worth checking this bad boy out.

WHY RENT THIS: Terrific action sequences. Hopkins is a treasure and Scott not a bad villain at all.

WHY RENT SOMETHING ELSE: Cruise surprisingly wooden here. Too much latex. Newton not the ideal leading lady.

FAMILY MATTERS: There’s a little bit of sexuality and a whole lot of violence.

TRIVIAL PURSUITS: This was the first movie Metallica ever agreed to write a song for.

NOTABLE HOME VIDEO FEATURES: There’s a music video of the aforementioned Metallica song, a couple of tributes to Cruise which seem oddly out of place here and an interesting look at the stunts with the film’s stunt co-ordinator.

NEXT: The Big Year