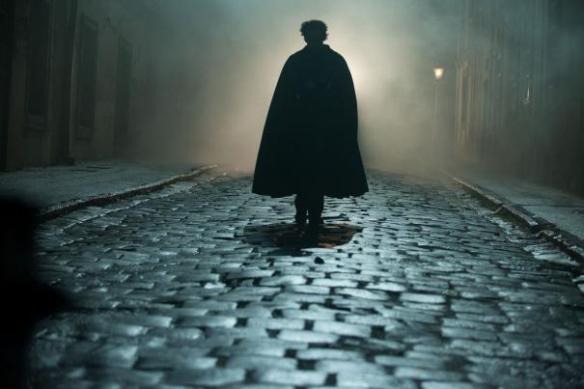 TITANIC 3D (Paramount) Genre: Romance. A ship goes down and a lot of people drown yadda yadda yadda. Release Strategy: Wide (Standard, 3D, IMAX 3D). RATING: 3.8 Another cash grab for those suckers who haven’t seen this in a theater or want to see it again.

AIR RACERS 3D (3D Entertainment Distribution) Genre: Documentary. A look at the Reno National Championships Air Race, from its history to its most recent running.. Release Strategy: Limited (IMAX 3D). RATING: 3.2 Not my cup of tea.

THE LADY (Cohen Media Group) Genre: True Life Drama. Aung San Suu Kyi fights for democracy and peace in Burma against the despotic regime there at the cost of her family. Release Strategy: Limited. RATING: 1.3 One of the most compelling stories of our time with one of the most compelling actresses (Michelle Yeoh) of our time starring in it.
POST-MORTEM (Kino Lorber) Genre: Dramedy. A coroner’s assistant trying to woo a stripper is caught up in the 1973 Chilean coup. Release Strategy: New York City only. RATING: 2.1 The newest from the director of Tony Manero.

THE EYE OF THE STORM (Sycamore) Genre: Drama. A dying old woman continues to pull the strings on her family even as they hold vigil at her deathbed. Release Strategy: Limited. RATING: 2.4 A deliciously arch Aussie drama based on the novel by Nobel Laureate Patrick White.

BAD ASS (Goldwyn) Genre: Action. A decorated Vietnam vet who becomes a hero 40 years later protecting an elderly black man on a subway looks into the death of a friend that the police are ignoring. Release Strategy: Limited. RATING: 2.4 Danny Trejo in the title role – talk about perfect casting!
BLUE LIKE JAZZ (Roadside Attractions) Genre: Drama. A young man brought up by evangelical Christians in Texas experiences culture shock when attending one of the most liberal colleges in the country in the Pacific Northwest. Release Strategy: Limited. RATING: 2.6 Looks a little self-indulgent and arrogant to me – not bad things necessarily.
THE CABIN IN THE WOODS (Lionsgate) Genre: Horror. A group of friends go to a remote cabin in the woods and bad things happen there. Release Strategy: Wide. RATING: 1.4 This is Josh Whedon, man. Anything can happen.
DEADLINE (Freestyle Releasing) Genre: Mystery. An investigative journalist re-opens a case of a murdered African-American boy that was never properly investigated by the police. Release Strategy: Limited. RATING: 2.4 Inspired by a true story, and reminds us that racism is still with us.
DETENTION (Goldwyn) Genre: Horror Comedy. A group of kids race to stop a serial killer terrorizing their high school – realizing that he is meant to save the world from destruction later. Release Strategy: Limited. RATING: 2.1 Looks like it could be an interesting mish-mash that has a healthy amount of self-parody.
HERE (Strand) Genre: Romance. A satellite engineer and an expatriate photographer impulsively decide to take a road trip across the more desolate landscapes of Armenia then must decide where they’re going to go from “here” – once they get there. Release Strategy: New York City only. RATING: 2.4 This is a remake of a 1960 Korean film which is considered to be one of the best movies ever produced from that country.
HIT SO HARD (Well Go/Variance) Genre: Musical Documentary. Among the casualties of the grunge movement is Patty Schemel, former drummer of Hole – this is her story. Release Strategy: New York City/Los Angeles. RATING: 2.3 A no-punches-pulled look at the effects of drug addiction and rampant out-of-control egos on art and music.
HOW TO GROW A BAND (International Film Circuit) Genre: Musical Documentary. Chris Thile of bluegrass stars Nickel Creek creates a new band that crosses genre lines; the formation of his new group is documented here with unprecedented access. Release Strategy: New York City only. RATING: 2.0 The music is flat-out amazing.
L!FE HAPPENS (PMK*BNC) Genre: Comedy. A woman who loves to party parties a little too hard and winds up pregnant; her lifestyle is turned on its head but she discovers that parenting has its own rewards. Release Strategy: Limited. RATING: 3.3 Looks to be fairly cliche.
LATE BLOOMERS (Olive) Genre: Romantic Comedy. A couple approaching old age react to it in different ways. Release Strategy: New York City only. RATING: 2.8 Favorite line: “Getting old ain’t for sissies”.
LOCKOUT (FilmDistrict) Genre: Science Fiction. A crack ex-government agent about to be incarcerated for a crime he didn’t commit is called into service to rescue the President’s daughter from an orbital maximum security prison that the prisoners have taken over. Release Strategy: Wide. RATING: 2.0 Escape from New York much?
MONSIEUR LAZHAR (Music Box) Genre: Dramedy. A middle school class in Montreal is shaken by the death of their well-liked teacher; an Algerian immigrant volunteers to take over and is hired as a substitute, helping the students cope with their grief as they help him to cope with his own. Release Strategy: Limited. RATING: 1.6 Oscar-nominated for Best Foreign Film and deservedly so.
THE THREE STOOGES (20th Century Fox) Genre: Allegedly a Comedy. Three orphans raised by nuns grow up to be Stooges. Release Strategy: Wide. RATING: 3.9 It just looks like a bad idea executed badly.
TOUCHBACK (Anchor Bay) Genre: Fantasy. A promising football player who is permanently injured on the winning touchdown of the high school championship gets a chance to do it all over again. Release Strategy: Limited. RATING: 1.8 A little bit like It’s a Wonderful Life only without the angels.
WOMAN, THOU ART LOOSED!: ON THE 7TH DAY (Codeblack) Genre: Thriller. When their young child is kidnapped, a couple are forced to confront their own pasts and secrets. Release Strategy: Limited. RATING: 2.7 The trailer looks pretty intense.

OKI’S MOVIE (Jeonwonsa) Genre: Dramedy. A young woman hikes up a mountain twice a year apart, each time with a different boyfriend which gives her a different perspective both times. Release Strategy: Limited. RATING: 2.9 Has been on the festival circuit for two years.

PAYBACK (Zeitgeist) Genre: Documentary. An essay by acclaimed writer Margaret Atwood on the nature of debt is examined in this documentary who uses it to help us understand the changing political and economic reality of our world. Release Strategy: New York City only. RATING: 3.9 Atwood is one of the greatest minds of the past century; her perspective is one worth looking into.

SCHEDULED TO BE REVIEWED HERE AS NEW RELEASES
Lockout, The Lady, Monsieur Lazhar, Chimpanzee, The Lucky One, The Five-Year Engagement, Headhunters, Pirates! Band of Misfits, The Raven, Safe