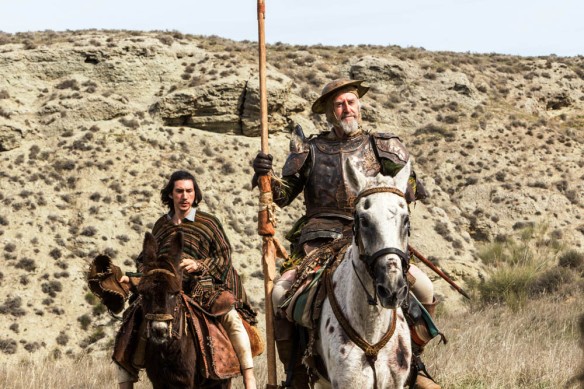 It’s no secret that motion pictures have become a veritable cornucopia of product placement. Actors guzzle down Coke, wear Nike t-shirts and Ray-Ban sunglasses, chew on Beemer’s gum, escape the bad guys in Mini-Coopers and snack on Reese’s Pieces with their favorite aliens. It’s a means of subtle advertisement for a variety of products who pay big money to place their products in prospective hit movies.

Movies aren’t the only place that advertising reaches us. It surrounds us nearly 24-7; on billboards, television shows, pop-ups on websites, garments, taxis, busses, skywriting – even on menus. We can’t turn around without our eyes resting on some sort of advertisement. It permeates our lives so thoroughly we barely realize it’s there anymore.

Morgan Spurlock still notices though. He came up with the concept of doing a documentary on advertising – entirely financed by product placement. He goes into meetings with executives for a variety of products, from JetBlue airlines to Mane and Tail animal care products to POM Wonderful pomegranate juice. He winds up filming some commercials for a few of them,  and actually winds up achieving his goal.

He also talks to luminaries like social commentator Noam Chomsky, consumer advocate Ralph Nader, filmmakers Brett Ratner, J.J. Abrams and Peter Berg and billionaire Donald Trump about the incessant and invasive nature of modern advertising. The talking head sequences are some of the most entertaining in the film, particularly those of Nader and Trump.

He also visits Sao Paolo in Brazil, a city which has banned all outdoor advertising. It is a stark reminder of just how much ads are a daily reality for all of us. The city looks almost naked without the billboards, signs, posters and handbills that are everywhere in the modern city.

Spurlock is a lot like Michael Moore in that he is not a documentarian who is content to stay behind the camera and allow the story to tell itself. Like Moore, he is always part of the story as he was in Super Size Me which is notable in that it was instrumental in getting McDonalds to discontinue Super-sized combo meals.

I don’t think he’ll have the same kind of affect here – there is nothing here that indicates that advertising is anything other than annoying. However, one is given pause for thought when he talks to administrators at a cash-strapped Florida school that has allowed advertising on its school grounds to help raise badly needed operational funds. You have to think that this might well be the wave of the future.

Even if he is a bit intrusive in his own documentary, Morgan is charming and pleasant enough an on-camera personality. Did his idea merit a full-length documentary feature? Probably not. However, I will give you that it at least gives one food for thought, even if it is just a Happy Meal.

WHY RENT THIS: Spurlock is always clever and funny.

WHY RENT SOMETHING ELSE: Not sure this was a great idea for a full length documentary.

FAMILY VALUES: There is some bad language and a little bit of sexual innuendo.

TRIVIAL PURSUIT: As a means of promoting the film, the city of Altoona, Pennsylvania change its name to POM Wonderful Presents the Greatest Movie Ever Sold, Pennsylvania for 60 days (beginning April 27, 2011). The town was paid $25,000 for doing the promotion.

NOTABLE DVD EXTRAS: All of the commercials Spurlock made for the various products are here in their entirety. There is also a feature on the film’s appearance at Sundance on the Blu-Ray edition.