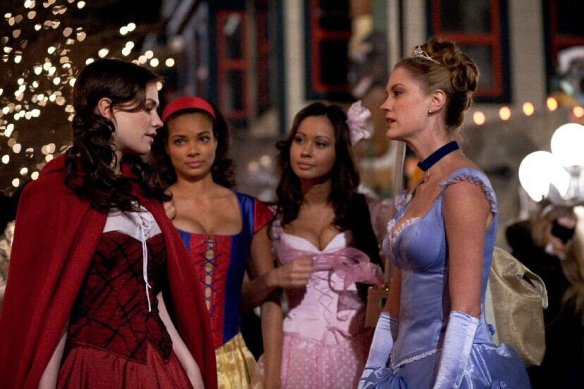 Rambo and Conan get their axe together.

Vengeance can make strange bedfellows of us all. Those who are wronged by the same party can become allies, regardless of their outlook on life. People who would never be friends are suddenly thrust together by circumstance, made close by common cause.

Jimmy “Bobo” Bonomo (Stallone), not mindful that his nickname in some quarters is slang for the derriere,  is a New Orleans hitman on a routine job to execute some high rolling lowlife (McCallany). The job is done but Jimmy spares a hooker (Rosati) who has a tattoo of a panther that seems to be reasonably significant. His partner Louis Blanchard (Seda) chides him for his softness. They go to a bar to meet Ronnie Earl (Van Holt) who is their contact but instead, Louis meets his maker and Jimmy barely escapes.

Of course something like this gives Jimmy a mad on. He knows that Ronnie alone knows who hired him and he needs to know who the man is and why he and Louis were set up. In the meantime Taylor Kwan (Kang), a detective for the Washington DC police force arrives in town to investigate the death of the high rolling lowlife who turns out to have been his ex-partner, drummed out of the DCPD in disgrace. Detective Kwan meets up with Lt. Lebreton (Rhodes) and Detective Towne (Brown) of the New Orleans Police and they investigate Greely’s body at the morgue. There they discover Blanchard’s body as well and Kwan deduces that Blanchard and his partner Bobo were responsible for the death of his former partner.

Detective Kwan is, like Bobo, more interested in who hired him and set him up then in taking Bobo down. The two men meet but Bobo is extremely distrustful of cops and refuses to work with him. However when Kwan is attacked by a pair of corrupt cops outside the bar, Bobo rescues him. The enemy of my enemy and all that.

Detective Kwan is shot in the attack and Bobo takes him to his daughter Lisa’s (Shahi) tattoo parlor where she fixes him up. The two know they need to find Ronnie Earl, and a visit to a massage parlor locates him. Earl tells him that he worked through Marcus Baptiste (Slater), a sleazy lawyer. The two crash a costume party and kidnap him, taking him to a boat house on the bayou that serves as Bobo’s safe house. They are tracked by Keegan (Momoa), the thug who murdered Blanchard and a team of mercenaries. Baptiste confesses that the man behind all this is Robert Nkomo Morel (Akinnuoye-Agbaje), a deposed African warlord who aims to build condos in a low-income area. Just then Keegan’s mercenaries interrupt the party but Bobo and Kwan escape with Bobo blowing up the boathouse with the men in it. Only Keegan escapes and now he wants Bobo’s head on a stick in front of the Superdome if necessary.

This is based on a French graphic novel that has been transplanted to American soil which I suppose is appropriate enough. Certainly the gritty tone of the original works well in an American setting, although I can’t help but wonder how this would have fared in the capable hands of a Luc Besson or a Louis Letterier or even an Olivier Megaton, capable action directors all.

Stallone, closer to 70 than he is to 60, is terribly miscast here. The role is really meant for a lithe hand-to-hand combat expert. Someone along the lines of a Jet Li or a Jean-Claude van Damme would have been more suitable; Stallone is much more believable in a thug-like role, at least for me. However, he gets an excellent foil in Momoa who is clearly an emerging action star. His performance in the first season of Game of Thrones was incandescent and here that same charisma surfaces. I would love to see more of Momoa better films. Hey Sly, got room for him in your next Expendables flick?

Hill, one of the most respected action directors in Hollywood history (48 Hrs., Hard Times, Streets of Fire) , knows how to create a rough-edged mood, perfect for framing an action film. This is not going to stand among the best of his career; this doesn’t have the smooth flow or the chemistry of his previous pictures. Kang and Stallone are awkward together. Kang’s earnest by-the-book Taylor Kwan has no real charisma; he feels more like an archetype than a real person. I never got emotionally invested in him.

Stallone fares slightly better but as I said earlier the role is all wrong for him. That’s not to say that Stallone is a terrible actor; it’s just his physical fighting skills lend themselves more to someone a little more along the lines of a Mafiosi thug than a lethal assassin. Still, at least I wound up having an interest in the character.

2013 has started out with a rash of mediocre action movies, none of which has really stood out as especially memorable. Most of them have had brief theatrical runs and have disappeared into bomb status, no doubt to resurface quickly on home video and cable. With a particularly full schedule of action flicks scheduled for this year, it’s an inauspicious start. Hopefully we’ll get some better ones as the year goes on.

REASONS TO GO: Momoa is an excellent villain. Some of the fight sequences are nicely staged (but not all). Shahi makes excellent eye candy.