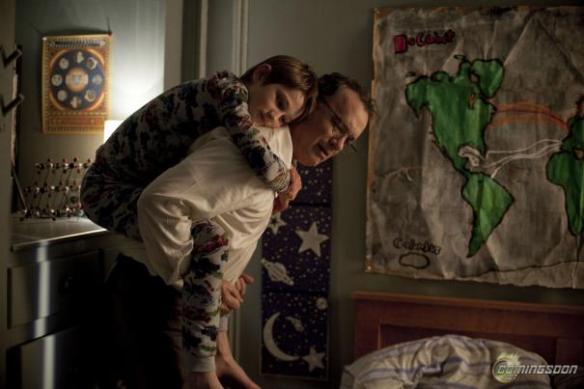 Every month I’m going to look at every movie on the release schedule and try to assign them a numerical value corresponding to how anxious I am to see it. The lower the number, the more I want to see it. A one means I would walk through hell and high water to see it; a four means there’s no interest whatsoever. The numbers are not arrived at scientifically but they aren’t arbitrary either.
The numbers aren’t a reflection of the artistic merit of any of these films, but merely a reflection of my willingness to go to a movie theater and see it. The top four scores will be gathered as a means of reflecting the movies I’m anticipating the most; you may use that as a guide or not.

FOUR TO SEEK OUT (FILMS NOT IN WIDE RELEASE)

CATCH .44 (Anchor Bay) Genre: Action. A seemingly straightforward assignment to pick up a drug shipment at an isolated diner turns into a free-for-all orgy of violence and betrayal. Release Strategy: New York City/Charlotte. RATING: 2.9 A great cast including Bruce Willis and Forest Whitaker but a kind of weak trailer.
I MELT WITH YOU (Magnolia) Genre: Drama. Four college buddies go off for an annual weekend in Big Sur but the debauchery leads to some revelations about their dissatisfaction with their lives. Release Strategy: Limited. RATING: 2.5 Cast includes Rob Lowe, Jeremy Piven and Thomas Jane, three actors who are always worth seeking out.
IN DARKNESS (Sony Classics) Genre: Biographical Drama. Leopold Socha, a sewer worker and petty thief whose only loyalty is to money, hides Jews in his sewer in World War II Poland. Release Strategy: New York City/Los Angeles one week qualifying run (Opening in limited release January 27). RATING: 2.0 A compelling story from an amazing director.
KNUCKLE (ARC Entertainment) Genre: Documentary. A pair of feuding families in the Irish Traveler bare knuckle fighting underground society are portrayed. Release Strategy: Limited. RATING: 3.1 Kind of looks fascinating but kind of doesn’t; I’m not quite sure which.
LADIES VS. RICKY BAHL (Yash Raj) Genre: Bollywood. A slick con artist who uses his good looks to charm women out of their money gets his comeuppance when his victims unite to take him. Release Strategy: Limited. RATING: 2.3 Lighthearted, effervescent and disposable, this is what Bollywood is all about.
MY PIECE OF THE PIE (Sundance Selects) Genre: Drama. An out of work single mom takes a job as a housekeeper for a ruthless financial magnate in Paris. Release Strategy: New York City only. RATING: 2.6 Cedric Klapisch is one of the best filmmakers you’ve never heard of.
NEW YEAR’S EVE (New Line) Genre: Romantic Comedy. A group of people in varying romantic situations converge on New York City for New Year’s Eve in Times Square. Release Strategy: Wide. RATING: 2.4 Along the same lines as 2010’s Valentine’s Day.
THE SITTER (20th Century Fox) Genre: Comedy. A slacker college student living with his mom is forced to babysit three precocious kids, bringing on the chaos in triplicate. Release Strategy: Wide. RATING: 2.9 It’s Adventures in Babysitting with Jonah Hill and if that sounds appealing to you by all means have at it.
TINKER, TAILOR, SOLDIER, SPY (Focus) Genre: Spy Thriller. A British spy comes out of retirement to smoke out a double agent in the ranks of the British Secret Intelligence Agency. Release Strategy: New York City/Los Angeles (Opening in limited release December 16). RATING: 2.3 One of the greatest novels from one of the greatest espionage thriller writers ever (John Le Carre) finally makes it to the big screen.
W.E. (Columbia) Genre: Romance. A modern romantic looks into the lives of King Edward VIII and Wallis Simpson, whom he gave up his throne for and discovers their relationship wasn’t as perfect as she thought. Release Strategy: New York City/Los Angeles (one week Oscar qualifying run; opening in limited release February 3). RATING: 2.9 Madonna’s the director; don’t judge.
WE NEED TO TALK ABOUT KEVIN (Oscilloscope Laboratories) Genre: Psychological Thriller. When her son turns out to be sociopathic, a mother’s culpability comes under scrutiny. Release Strategy: New York City/Los Angeles 1 week Oscar qualifying run (Opening in limited release January 27). RATING: 1.8 One of the creepiest and most disturbing trailers I’ve seen in a long while.
YOUNG ADULT (Paramount) Genre: Black Comedy. An amoral writer of children’s books returns home for a high school reunion with one eye turned towards the prospect of stealing her high school crush from his wife. Release Strategy: Limited (opens wide December 16). RATING: 2.1 Looks like one of those comedies where you laugh hard and then feel ashamed, but in a good way.

DAGUERREOTYPES (Cinema Guild) Genre: Documentary. The shops and shopkeepers on the Rue Daguerre in Paris are profiled. Release Strategy: New York City only. RATING: 2.4 Acclaimed documentarian Agnes Varda takes a loving look at the street on which she has lived for fifty years.

ALVIN AND THE CHIPMUNKS – CHIPWRECKED (20th Century Fox) Genre: Family. While on a cruise, Alvin and the gang are shipwrecked on an island that isn’t as deserted as they thought. Release Strategy: Wide. RATING: 3.7 I still can’t figure out how they took a one-joke movie and turned it into a franchise – or why.
CARNAGE (Sony Classics) Genre: Drama. Two New York white collar couples gather to discuss a playground incident in which one child was injured by another, when things break down. Release Strategy: Limited. RATING: 1.4 The latest from Roman Polanski boasts an outstanding cast and a wonderfully tense trailer.
CORMAN’S WORLD: EXPLOITS OF A HOLLYWOOD REBEL (Anchor Bay) Genre: Documentary. One of the greatest producers of “B” movies in history is paid tribute as filmmakers and stars try to recount his rightful place in movie history. Release Strategy: Limited. RATING: 2.5 Corman is one of my heroes but the trailer looked a bit like a hodgepodge.
MISSION: IMPOSSIBLE – GHOST PROTOCOL (Paramount) Genre: Spy Action. After the IMF is shut down after being implicated in a global terrorist bombing plot, it is up to Ethan Hunt and his team to ferret out the truth or die trying! Release Strategy: Opening wide in IMAX only (opening in Wide Standard on December 21). RATING: 1.8 This is supposed to be the passing of the torch for the franchise from Tom Cruise to Jeremy Renner.
SHERLOCK HOLMES: A GAME OF SHADOWS (Warner Brothers) Genre: Action Suspense. Holmes and Watson are back and this time they’re up against the evil Professor Moriarty in a plot to throw Europe into chaos. Release Strategy: Wide. RATING: 1.3 The first film might have irritated Holmes purists but I found it extremely entertaining and satisfying.

DON 2 (Reliance Big Picture) Genre: Crime Thriller. The overlord of Asian crime bosses has his sights set on the European market. Release Strategy: Limited. RATING: 2.8 Perhaps an allegory for modern economics.
IN THE LAND OF BLOOD AND HONEY (FilmDistrict) Genre: War Drama. A Serbian man and a Bosnian woman find each other on opposite sides of the civil war, even though they once were lovers. Release Strategy: Limited. RATING: 1.9 A gut-wrenching trailer bodes well for the directorial debut of Angelina Jolie.
WE BOUGHT A ZOO (20th Century Fox) Genre: True Life Drama. A single dad buys a zoo and moves his family there in an effort to bring them closer together. Release Strategy: Wide. RATING: 2.3 From the look of the trailer, Matt Damon is well-cast here.

THE DARKEST HOUR (Summit) Genre: Science Fiction. An American tourist in Moscow is stranded when the city is attacked by aliens. Release Strategy: Wide (Standard, 3D). RATING: 1.7 The trailer looks intriguing although hopefully there will be some better eye candy than what we saw.
EXTREMELY LOUD AND INCREDIBLY CLOSE (Warner Brothers) Genre: Drama. A young boy who lost his dad in 9-11 is convinced that his father left him a final message hidden somewhere in the city. Release Strategy: Limited (Opens Wide January 20). RATING: 1.0 One of the most emotionally affecting trailers I’ve ever seen; they had me at Tom Hanks and Sandra Bullock.
WAR HORSE (DreamWorks) Genre: War Drama. Steven Spielberg directs the journey of a horse from its bucolic English farm through the trenches of World War I in France. Release Strategy: Wide. RATING: 2.1 Could be wonderful, but the trailer looked a bit treacly.

NEWLYWEDS (Tribeca) Genre: Comedy. A newly married couple have to put up with the interference and antics of their somewhat deranged siblings. Release Strategy: Limited. RATING: 2.4 The newest from actor/director Edward Burns, and it looks like one of his best ones yet.

EL SICARIO: ROOM 164 (Icarus) Genre: Documentary. A hitman for a Mexican drug cartel is interviewed in a hotel room, revealing disturbing details about the drug trade and its political ramifications. Release Strategy: New York City only. RATING: 2.8 A compelling subject which may not translate into a visually compelling film.
PARIAH (Focus) Genre: Urban Drama. An inner city African-American teen slowly begins to embrace her sexuality as a lesbian. Release Strategy: Limited. RATING: 2.9 A big hit at Sundance, now finally hitting theaters in time for Oscar consideration.

A SEPARATION (Sony Classics) Genre: Drama. An Iranian man whose wife is divorcing him because he won’t leave his Alzheimer’s-ridden father is accused of a heinous crime by the maid his daughter hires. Release Strategy: Limited. RATING: 2.1 Looks interesting.
ANGEL’S CREST (Magnolia) Genre: Drama. A young father’s moment of thoughtlessness results in tragedy; when the local prosecutor decides to zealously pursue the matter, the small town is torn apart. Release Strategy: Limited. RATING: 2.2 The trailer looked plenty harrowing.
THE IRON LADY (Weinstein) Genre: Biographical Drama. The story of Margaret Thatcher, the former Prime Minister of England during the Reagan era. Release Strategy: Limited (Expands January 13). RATING: 3.1 Meryl Streep might be looking at another Oscar nomination.

SCHEDULED TO BE REVIEWED HERE AS NEW RELEASES
New Year’s Eve, The Sitter, Tinker Tailor Soldier Spy, Mission: Impossible – Ghost Protocol, Sherlock Holmes: A Game of Shadows, The Adventures of Tintin, The Girl With the Dragon Tattoo, In the Land of Blood and Honey, We Bought a Zoo, The Darkest Hour, Extremely Loud and Incredibly Close, War Horse, The Iron Lady