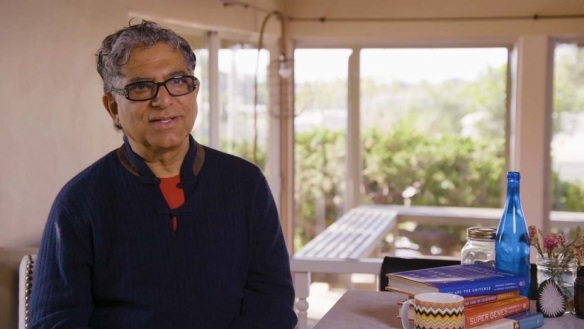 Meditation is for hippies for New Age types who light aromatic candles, gently tap brass bells and are, as one participant notes, “really into Enya.” But the state of mindfulness, which is achieved through meditation, is really much more than something that would appeal only to Californians.

You know the adage “stop and smell the roses”? That’s a very general way of describing mindfulness, complete awareness of the moment and of the sensory inputs of that moment. In our very busy lives we have a tendency to multitask and admire those who do it well – I’m not good at it but I’m still doing it even as I write this, consuming my lunch, checking e-mails and listening to my wife enjoy a movie in our bedroom. Multi-tasking is a way of doing a lot of things half-assed simultaneously.

When our attention is fully on a task, we tend to do it better. That includes living, eating, exercising, anything you happen to do in your day-to-day life. Mindfulness begins through meditation; being aware of the simple act of breathing. As your mind starts to wander (and it always does), you need to pull it back to the task at hand. Gradually you acquire focus. Again, this is a very simplistic explanation but it is also, sadly, more than the film provides.

The film traces the beginnings of the movement through yoga and the practice of Eastern religions back in the late 60s and 70s and how it evolved into a practice – a movement, if you will. There are scientific studies that have shown that meditation does reduce stress (and in these days of pandemics and Presidential elections who couldn’t use that), slow down aging in the brain and in general provide healthful benefits. The movie does tend to gloss over these to a certain extent.

The movie is light on techniques and tips, although it has a couple of opportunities to practice. A little more of that might have proven beneficial. The movie also follows the stories of four practitioners of mindfulness – singer Jewel, who learned techniques on her own when she was homeless as a teen, ABC newscaster Dan Harris who suffered an on-air panic attack amid substance abuse following his years as a war correspondent; basketball coach George Mumford who with Phil Jackson has amassed nine NBA titles utilizing the techniques first with the Chicago Bulls and later with the Los Angeles Lakers; finally Sharon Salzberg, who is one of the founders of the first American meditation center. These “journeys” as they are labeled are interesting, but a lot of buzzwords are used, diluting the impact of their message. The movie does have a tendency to get New Age-y from time to time, which is going to decrease its appeal to those who are more practical-minded.

In that sense, the movie is at its best when it follows a more scientific approach. Those scenes were much more powerful and convincing to me – so much so that when we are able to interact with others again, I’m thinking of fining a local meditation group to help bolster my meditative needs. Until then, I’m going to take at least five minutes every day to just sit, breathe and be aware of myself. It certainly couldn’t hurt.

The movie is available for rental or purchase at the film’s website. Just click on the picture of Deepak above and the link will take you there. Furthermore, the site is offering a 15% discount for all those ordering this weekend (April 10-12) with access to three COVID-19 videos featuring some of the stars of the film.

REASONS TO SEE: May inspire you to take up meditation for your own sake.
REASONS TO AVOID: At times this feels a bit like an infomercial about various mindfulness products.
FAMILY VALUES: There is some mild profanity.
TRIVIAL PURSUIT: Chopra, one of the leading figures behind the mindfulness movement, admits that the term is a bit of a misnomer and that “awarefulness” is much more accurate but because it is more difficult to say, “mindfulness” it remains.
CRITICAL MASS: As of 4/10/20: Rotten Tomatoes: No score yet: Metacritic: No score yet.
COMPARISON SHOPPING: The Reality of Truth
FINAL RATING: 7/10
NEXT: Anna and the Apocalypse