The 1973 tennis match between Billie Jean King, then the best female player in the world, and Bobby Riggs, a middle aged former Wimbledon champion was in many ways the epitome of excessive hype and sensationalism, two things America does particularly well. Some have looked at it as a metaphor for the struggle of women to gain equality but in many ways it really was just an over-bloated carnival sideshow that caught the attention of the world when it happened.

King (Stone) was busy trying to get the Woman’s Tennis Association off the ground; wearied by years of being dismissed by the male elite of the USLTA, then the ruling body for American tennis, and worse yet receiving only about one eighth the prize money that men received, she and her fast-tallking chain-smoking publicist Gladys Heldman (Silverman) are not looking necessarily to make a statement other than create an organization that will promote women’s tennis properly. King wasn’t particularly political but she did have a sense of fairness that was more developed than most.

Riggs (Carell) was a hustler and a man with a gambling problem whose career greatness was well behind him. Hitting upon an idea that he thought would generate him the kind of money that would keep him and his family comfortable, he wanted to play the best female player in the world and beat her to show that even an over-the-hill male player could beat the best woman. King at first refused but when Margaret Court (MacIsaac) who had the number one ranking at the time accepted the challenge – and lost – King felt obliged to take the match, particularly since the defeat could sink the WTA before it was even afloat.

To complicate matters, King had begun a romance with hairdresser Marilyn Barrett (Riseborough) that gave King the first realization that she was a lesbian. Of course it was a much different time back then; the revelation of her sexuality could wipe out the credibility of the WTA and of course destroy her marriage to her husband Larry (Stowell) who was genuinely supportive and someone she didn’t want to hurt. There was a ton of pressure on Billie Jean King coming to a head in the Astrodome on September 20, 1973.

Stone does an outstanding job as King, despite not having a particular physical resemblance to the tennis great. She does pull off King’s high wattage squinty smile very nicely and many of her vocal mannerisms. She doesn’t play King as a confident leader which was perhaps the public perception of her, but as someone who was thrust into a role she didn’t particularly want to play but accepted the role she’d been given. Stone has an outside chance of an Oscar nomination for her work but because the movie was released in September, kind of a no man’s land for award season, the chances are a little bit more slender than they might have been had the movie gotten a November or December release.

Carell also does a really good job as Riggs, capturing the huckster public persona and the personal charm Riggs displayed on the camera. We also get the sense – which those who knew Riggs well, including Billie Jean King have often stated – that the chauvinism was an act for him, a means of hyping up the match and of making a buck. There are moments of genuine warmth and Carell delivers them note-perfectly.

Dayton and Faris really give us a sense of the era nicely including a killer soundtrack – it’s nice that movies are really nailing era soundtracks these days – and the fashions and design of the time. They do make a tactical error in spending so much time on the romance between Billie Jean and Marilyn; while I do think that King’s discovery of her sexuality was an important component to her life at the time it was by no means the only one. The romance is over-emphasized and slows down the movie’s momentum and pads the running time a bit much. There really aren’t a lot of sparks between Stone and Riseborough and it makes the movie overall feel a bit flatter than it needed to be.

Still, this is a fairly enjoyable movie that if you’re patient can be quite entertaining. I wouldn’t call it a gem (some critics have) but neither would I call it a failure either. Misogynists will probably detest the movie and radical feminists may think it’s a bit soft. However those of us in between will find a good comfortable place to enjoy the spectacle.

REASONS TO GO: The performances of Stone and Carell are stellar. The directors evoke the era of the 70s nicely.
REASONS TO STAY: The movie has a bit of a soap opera-esque feel. The film is a bit flat.
FAMILY VALUES: There is some sexual content and brief nudity.
TRIVIAL PURSUIT: Carell previously worked with Dayton and Faris in Little Miss Sunshine.
BEYOND THE THEATER: Amazon, Fandango Now, Frontier, Google Play, iTunes, Movies Anywhere, Vudu, YouTube
CRITICAL MASS: As of 1/6/18: Rotten Tomatoes: 86% positive reviews. Metacritic: 73/100
COMPARISON SHOPPING: Wimbledon
FINAL RATING: 6.5/10
NEXT: Victoria and Abdul 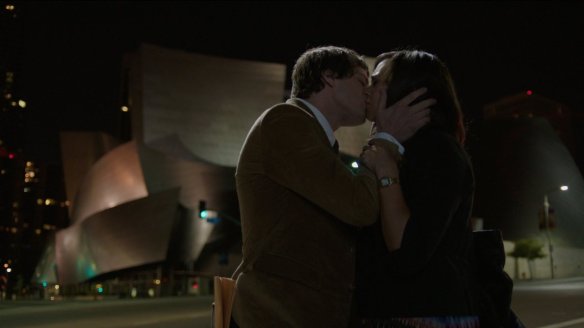 There is nothing more romantic than smooching in front of a giant fondant ribbon. 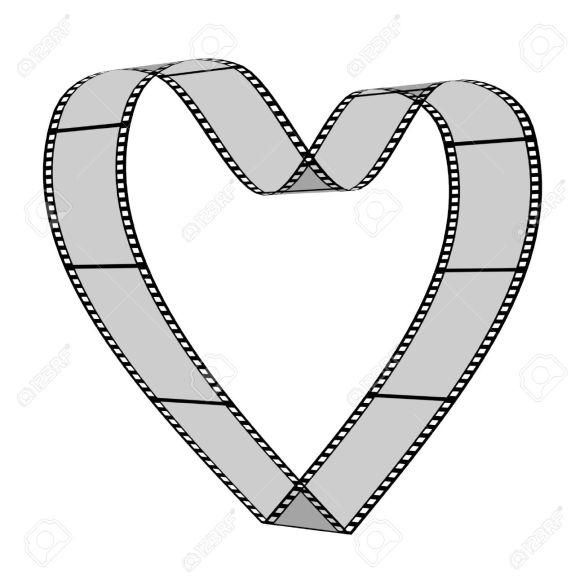 It is said that it usually isn’t clear when love begins, but it’s always obvious when it ends. Sometimes couples that seem to be made for each other don’t make it; staying in a relationship in the 21st century is no easy task and requires sometimes a lot more of ourselves than we’re willing to give.

Celeste (Jones) and Jesse (Samberg) have been married for six years and they’re everybody’s favorite couple. Celeste is essentially the breadwinner, owning a trendy L.A. agency that has just landed Riley (Roberts), a brand new super-hot pop star. Jesse is an artist but doesn’t seem to have enough gumption to actually produce much in the way of art. Still, they clearly care for each other and share a great deal of love. Everything is perfect – except they’re getting divorced.

Their impending divorce is not terribly well-received by their friends, for whom they have been something of an icon; if these two can’t make it work, how can the rest of us? But most are puzzled by the way the two hang out together all the time, how Jesse lives in his artist studio shed in their back yard while Celeste sleeps in her own bed at night. Why don’t they hate each other? And why oh why are they breaking up in the first place?

However, this idyllic circumstance of two best friends begins to change as things inevitably do. Jesse, whose slacker existence was an issue for the more controlling Celeste suddenly finds himself in a situation that changes his outlook. Celeste is unable to handle the change in Jesse and suddenly finds herself adrift, not ready to move on as Jesse had not been ready to move on initially.  Now it is obvious that Celeste and Jesse aren’t forever.

Jones wrote the film with Will McCormack who has a supporting role as a pot dealing friend of the couple. The film has some smart writing, realistic dialogue (i.e. the characters say things real people actually say) and a hefty dose of heart. It also has a surfeit of indie cliches that definitely reduce my affection for a film that could easily have garnered more of it.

Jones and Samberg are at their best here; both are enormously likable actors who get roles here they can sink their teeth into. Samberg in particular comes off as a much more multi-dimensional performer than he had shown previously on SNL and the Adam Sandberg movies he had done. He has enormous star potential which he shows here and some of his Funny or Die clips. He’s one good role away from the A-list.

Jones has been one of those actresses who never seem to deliver a subpar performance. I’ve always thought her immensely talented and this is one of the first roles in which she really shows off her potential. Celeste is very complex and in some ways unlikable; one feels throughout the movie that Celeste is taking a good thing and tossing it in the waste basket but eventually we begin to see that things aren’t that simple and a lot of that has to do with Jones’ emotional performance.

The movie works when we get into Celeste’s head; Jesse seems to be mainly an instigator for the various things going on there. When the movie tries to be indie-hip, it drags – there is a mumblecore sensibility here that doesn’t quite jibe with the overall mood. When the film gets away from that sense, it works.

Some relationships are meant to be and others, not so much. It is how we handle the not-so-much that prepares us for the next ones down the line and makes us better partners. Not every relationship is forever even though we want them to be; letting go can often be the hardest thing we ever do.

WHY RENT THIS: Jones and Samberg make an engaging non-couple. Cute in a quiet sort of way.
WHY RENT SOMETHING ELSE: At times feels like there’s nothing going on. Overloaded with indie cuteness to the point of distraction.
FAMILY VALUES: A bit of bad language, plenty of sexual content and some drug use.
TRIVIAL PURSUIT: The original title was Jesse Loves Celeste before it was decided that the focus of the film was going to be on Celeste.
NOTABLE HOME VIDEO EXTRAS: Footage and a Q&A from the premiere, and also footage of Chris Pine, whose tiny role was cut from this film before he went on to star as Captain Kirk.
BOX OFFICE PERFORMANCE: $3.1M on an $840K production budget.
SITES TO SEE: Netflix (DVD/Blu-Ray Rental only), Amazon, iTunes, Vudu, Google Play, M-Go
COMPARISON SHOPPING: The Break-Up
FINAL RATING: 6.5/10
NEXT: Cinema of the Heart concludes!