Some monsters capture the imagination like no other. So it has been with Kong, the giant ape who since his first appearance in 1933 has been a mainstay in cinematic lore. There have been three American remakes of the original; in 1976, 2005 and now.

It is 1973 and the United States is withdrawing its troops from Vietnam. That doesn’t sit so well with Major Preston Packard (Jackson). However, before he and his boys can return home he is given a new assignment to accompany a scientific team to a remote island near Southeast Asia.

The scientists are led by Dr. Bill Randa (Goodman) whose Hollow Earth theories have been largely discredited and who is ostensibly researching seismic activity on the island but unknown to the soldiers that are accompanying him, as well as former SAS tracker James Conrad (Hiddleston) and photojournalist Mason Weaver (Larson), an anti-war activist who smells a big story. Is she ever right!

Their helicopter fleet is smashed to pieces by a gigantic ape 100 feet tall. The survivors are separated and try to make their way to a rendezvous point with their ship on the north shore of the island. The military men are trying to hunt down other survivors while Major Packard seethes; he wants to take out the ape that decimated his men. The civilians find their way to a human settlement where they find a surprising discovery; an aviator named Hank Marlow (Reilly) who has been stranded on the island since World War II.

Their job is to find a way off the island but it is far more perilous than just a single giant ape. There are other gigantic creatures (water buffalo, for example, and Daddy Long Leg spiders with legs as long as tree trunks. Worse, there are reptilian creatures that have ascended from the depths of the Earth and are only held back from mass destruction by Kong, who kills the bad boys on sight. And just between you and me I’d rather have Kong on my side than against.

I will give Vogt-Roberts credit; he knows how to keep the action going. This is definitely a roller coaster ride of a movie. But as roller coasters go, this one is a bit tamer than I expected. Peter Jackson’s 2005 magnum opus has nightmarish critters that range from dinosaurs to gigantic insects to things that have never existed and thank God for that. There are some creatures here (a giant octopus for example) but none really have the creepy factor that Jackson’s movie had and even the Big Bads – the Skullcrawlers as Marlow dubs them – are not as nightmare-inducing as they could be.

Hiddleston has paid his dues in a number of supporting roles and is more than ready to take on a heroic lead, but for some reason his performance here feels muted. I know he has tons of screen presence – I’ve seen it and not just in the Marvel appearances as Loki – but he doesn’t have much here. It’s sad too because I think this was a good role for him. Faring better is Reilly who damn near steals the movie as Marlow, who isn’t always sure if he’s thinking or speaking with often hilarious results. He’s one of the best reasons to see this movie.

Like all the Kong movies before it this is a boy’s club with a token woman to tame the beast, although that really doesn’t happen here. This is also set entirely on Skull Island; Kong doesn’t go to New York or anywhere else. Larsen is an actress whose stock is on the rise, but her role seems like nobody really knew what to do with her. Mason Weaver is no damsel in distress and that’s a good thing for women everywhere, but part of the Kong mythos requires one and the movie feels lacking without one.

A movie with a budget of $190 million dollars should not leave the viewers feeling meh but that’s what this one did for me. Maybe I expected more out of a Kong movie than just a slambang action film; it needed to have an epic feel to it and to my mind that’s just what it lacked. All three of the preceding Kong movies had it but I suppose sooner or later that streak would have to come to an end. Given that this is part of a new Monsterverse that started with the Godzilla reboot of a couple of years ago and will include some of the most well-known giant monsters from Japan and the United States, you would think that more care would be taken to keep this franchise viable. I hope they can bring back that larger than life feeling again; what good are giant monsters without it?

REASONS TO GO: Some of the monsters are spectacular. Reilly just about steals the film.
REASONS TO STAY: The movie plods a bit in the middle. It’s not as exciting as other giant monster films.
FAMILY VALUES: There is plenty of violence and some pretty scary monsters; there’s also some profanity.
TRIVIAL PURSUIT: The appearance of Kong (the shape of his face and so on) was based on the look of the original 1933 Kong.
CRITICAL MASS: As of 4/17/17: Rotten Tomatoes: 77% positive reviews. Metacritic: 62/100.
COMPARISON SHOPPING: Journey to the Center of the Earth
FINAL RATING: 6/10
NEXT: Exodus 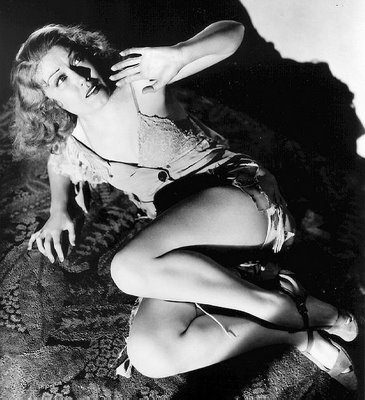 Fay Wray is all dressed up with nowhere to go.

Few movies have had the kind of impact on the future of cinema as this one. Not only did it reportedly save RKO Studios from bankruptcy, it changed the way horror movies were perceived and essentially kick-started the entire genre. It is a classic from it’s way-ahead-of-its time special effects and for the amount of terrifying scenes of violence and sex that were displayed.

While later re-releases toned down both elements (a scene featuring Kong undressing Fay Wray was excised as well as scenes featuring Kong chowing down on people), it still remains a standard for fear-inducing films even today. Kong is an iconic figure in both horror and popular culture.

Most of us have seen this at least a few times but for those who haven’t this is kind of the basic story. A Depression-era filmmaker named Carl Denham (Armstrong) convinces a starving unemployed actress named Ann Darrow (Wray) to accompany him to Indonesia to make a film. Having nothing to lose, she agrees.

It is only while en route on the tramp steamer Venture that the real destination is Skull Island in the South Pacific, an uncharted island hidden by mysterious mists. It is also en route that rough and tumble first mate Jack Driscoll (Cabot), who at first sneers at the idea of a woman aboard ship, falls in love with the blonde bombshell Darrow. But Driscoll insists he has no time for dames, which amuses Denham no end.

Once they get there the natives are keen to have Darrow as a bride (read: sacrifice) for Kong, their local deity but Denham politely declines. The natives, not ones for taking no for an answer, stealthily board the ship and steal Darrow away. Driscoll leads a party of crew members to go get her back but by that time Ann has already been taken by Kong – a gigantic ape.

The crew follows Kong and Ann into the interior of Skull Island which they discover to their horror that the island is populated by carnivorous dinosaurs and other prehistoric creatures. Many of the crew are lost, being eaten by giant spiders, brontosaurs (which must have come to a shock to the scientists who thought they were herbivores) and other creatures.

Finally, Driscoll manages to rescue Ann and carry her back to the native village with Kong in hot pursuit. Fortunately, Denham is waiting for them there with gas bombs which takes down the creature. Denham hits upon the idea of taking Kong back to New York and showing him as the ultimate sideshow attraction. However things go awry and Kong escapes for a date with destiny on the Empire State Building.

I’m not sure what writers Ruth Rose and James Ashmore Creelman had in mind when they wrote the screenplay but this is as layered an allegory as movies get, particularly these days. The beauty and the beast allegory is just one layer; while some looked at it as a modern retelling of that particular fairy tale, there is also subtexts of greed, the rape of the natural world and of the male-female dynamic. Of course, some of those go in there with the benefit of almost 80 years of hindsight behind them which does change the perspective.

But there is a lot of titillation here when you think about it, from the blonde being taken by a gigantic black ape (which played into racial fears of the period) to the nearly sexual disrobing of Ann by Kong. Wray gives one of the most compelling performances in the history of horror movies, from her signature screams to her playful flirtation with Driscoll. Yes, she’s very much a damsel in distress in certain way but by the same token it is more her movie than Armstrong’s or Cabot’s.

The stop motion animation special effects may look primitive by today’s standards but they were startling for their time. Sure the continuity is pretty lackadaisical (see Trivial Pursuits) and sometimes Kong’s movements look choppy but O’Brien did legendary work here that influenced special effects for generations that followed it.

This is epic in scope and yet the personal story of Ann Darrow still resonates. This is as classic as horror movies get, maybe the most important one ever. It paved the way for all the creature features that made all our Halloween’s creepier and that much more frightening.

WHY RENT THIS: An undoubted classic. Fay Wray the best movie screamer in history. For its time awfully high on the terror quotient.

WHY RENT SOMETHING ELSE: Awfully dated.

FAMILY VALUES:  While reasonably tame by modern standards, some of the scenes might get to the most sensitive members of your household.

TRIVIAL PURSUIT: King Kong’s height varies throughout the film. On Skull Island, he is 18 feet tall and throughout most of the New York theater sequence he’s 24 feet tall. When ascending the Empire State Building he’s 50 feet tall and when Fay Wray is in his hand he’s 70 feet tall.

NOTABLE HOME VIDEO EXTRAS: The lost spider sequence, cut from the film because it was too upsetting to 1933 audiences, was restored by Peter Jackson for the 2005 two-disc DVD release that came out concurrently with the release of Jackson’s remake; although the footage itself has been lost permanently by all accounts, Jackson re-created the scene from the original script and storyboards and it is indeed terrifying. The Blu-Ray includes this as well as a feature on director/producer Cooper. In addition, on both editions there is a commentary track which includes archival comments from Cooper and Wray, as well as a making-of featurette that is longer than the actual film itself.

BOX OFFICE PERFORMANCE: $2.9M on a $672,000 production budget; this was considered a massive hit at the time (when theater admissions were only a nickel) when the promotional budget was far less a percentage of the production budget.