(Blumhouse/Universal) Lin Shaye, Kirk Acevedo, Bruce Davison, Leigh Whannell. In yet another prequel for this popular horror franchise, Dr. Elise Rainer must make her most perilous journey into the Further yet with stakes much higher than she’s ever faced before. That’s because the haunting that she’s investigating is in her own family home. January 5 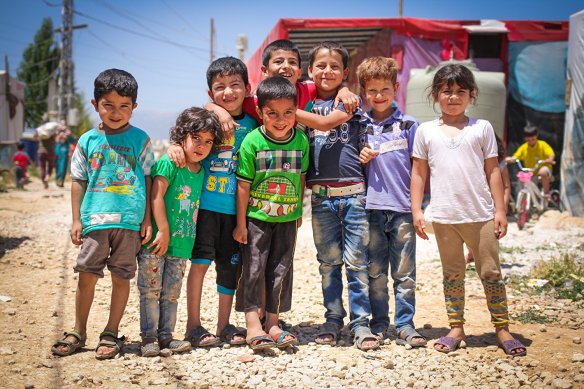 (Green Apple) Elias Matar, Lyla Matar. Lebanon is hosting over two million Syrian refugees. At one of the main camps in Beqaa, 70% of the refugees are under the age of 18. The government is overwhelmed, the NGOs trying to help are overwhelmed and the people are slowly starving and dying of thirst. This documentary hopes to shine a light in the darkness and bring world attention on the situation which grows more critical by the day. January 5

(Music Box) Adriano Carvalho, Luana Tito Nastas, Sandra Corveloni, Roberto Audio. A young woman in 19th century colonial Brazil is forced to marry the husband of her late aunt who happens to be a slave trader. Leaving her for extended periods to go capture African slaves, she comes to know the slaves as human beings and begins to realize the immorality of what her husband does for a living. January 12

(Magnolia/HBO) Barack Obama, John Kerry, Samantha Power, Ben Rhodes. The final calendar year of the Obama administration is given extraordinary access to documentarians who show the various challenges, triumphs and heartbreaks that the Obama presidency endured in 2016. Touted as a “real life West Wing,” this is in equal parts civics lesson and history lesson. January 19

(Sony Classics) Helen Mirren, Donald Sutherland, Janel Moloney, Kirsty Mitchell. An elderly couple takes their RV which they’ve dubbed “The Leisure Seeker” from New York to Key West in a quest to visit Hemingway’s home. With the husband dealing with oncoming dementia and his wife undergoing chemotherapy, this trip is going to be their last hurrah – or their finest hour and quite possibly both.  January 16

(Momentum) Nicolas Cage, Selma Blair, Anne Winters, Lance Henriksen. A self-absorbed teenage girl and her younger brother find themselves in a fight for survival when their parents – along with all the other parents in town – begin to turn against their kids with increasing bloody violence. This is the latest from the twisted mind of Brian Taylor who along with Mark Neveldine directed Crank. Cage has been quoted as saying this is the most fun he’s had making  a movie in a decade.. January 19

Have a Nice Day

(Strand) This animated feature is most definitely not for the kiddies. A young criminal rips off the Chinese triad of a whole lot of cash to get his girl some plastic surgery. It has been described as what would happen if Quentin Tarantino made Reservoir Dogs as an animated film. This might just be the strangest feature-length animation you see all year – and it’s only January. January 26