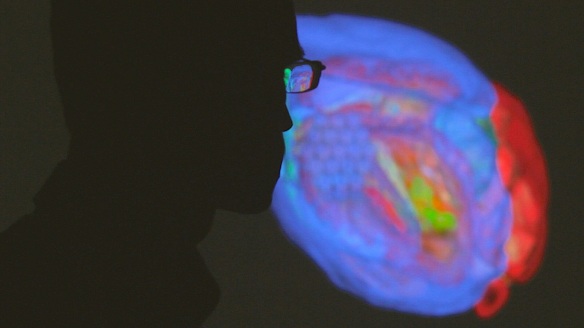 It’s the mind that matters.

Scientific discovery is inexact. It doesn’t operate on schedules. It doesn’t adhere to timetables. It takes detours and follows tangents. It never, EVER, goes the way we think it’s going to go, even if we’re the finest scientific mind of our generation.

Henry Markram isn’t the finest scientific mind of his generation, but he’s certainly one of them. Nobody disputes his genius. At a TED talk, he talked about how using a supercomputer, he has begun not only mapping a brain – the most mysterious and complex of human organs – but replicating one, and while starting with a mouse brain, he felt that computers and scientific data about brain function will have given him the ability to do so with a human brain within ten years.

In the audience was a young man named Noah Hutton, freshly graduated from film school. He instantly recognized that this could be a discovery of historic proportion and he meant to be the one documenting the research. Markram agreed to it and with IBM and the Swiss government providing funding to the tune of millions of Euros, Markram was off to the races with some like-minded scientists along to help make this grand plan a reality.

Markram is certainly a charismatic sort and Hutton certainly fell under his spell, but over the years some cracks began to appear in the façade. As work continued on what was dubbed the Blue Brain Project, a second study was commissioned which Markram would oversee – the Human Brain project and it was given a funding kitty of a billion Euros. Soon, it became clear that Markram’s leadership in this second project had become chaotic. Eventually, in protest, some 800 neuroscientists signed a letter stating objections to the goals, methods and style of Markram’s stewardship. Eventually, even Hutton became disillusioned, realizing that Markram had been overly ambitious with his claims. Many neuroscientists had, from the beginning, expressed doubt that there was enough data in existence to allow even the most advanced supercomputer or brilliant scientist to create an accurate model.

It wasn’t long before things went to open warfare between those backing Markram and those opposing him. Early successes hadn’t proved sustainable; it became clear that Markram couldn’t make his self-imposed 2019 deadline.

Hutton’s documentary is a fascinating document not so much on the science which probably requires an advanced degree in neuroscience and computer engineering to understand but on the interpersonal relationships that form, and are fractured in the course of a project. Much of the pressures that Markram is under are self-imposed; one wonders how differently things might have turned out had he not set a date for when his discovery would be completed.

Brilliance is often accompanied by ego, and that’s the case here. There are plenty of scientists who are interviewed here who express their doubts and/or their admiration of Markram, but at the end of the day, we see a lack of hubris which certainly those who mistrust scientists can point to as a reason why. The work continues on what is a promising idea, but now they’re talking in term of multiple decades rather than a single ten year span. Time will tell if they’re right.

The film made its world premiere at the DOC NYC festival this week and is still available through tomorrow online for those residing in the United States who wish to purchase a single viewing ticket at the link below; otherwise, a limited and VOD release is planned although no dates have been announced just yet.

REASONS TO SEE: A fascinating look at the politics of science.
REASONS TO AVOID: Content can be very highbrow and dry.
FAMILY VALUES: Although the tone may be a little bit above the heads of most youngsters, the content is suitable for all audiences.
TRIVIAL PURSUIT: The human brain has always been studied in one of two ways; In Vivo (in a living subject) ,or in vitro (brain tissue studied in a nutrient solution from a non-living donor). The Blue Brain Project proposed to discover a third method; in silico, or on a computer model.
BEYOND THE THEATERS: DOC NYC Virtual Festival
CRITICAL MASS: As of 11/10/20: Rotten Tomatoes: No score yet, Metacritic: No score yet
COMPARISON SHOPPING: I Am Human
FINAL RATING: 6.5/10
NEXT: Kaali Khuhi 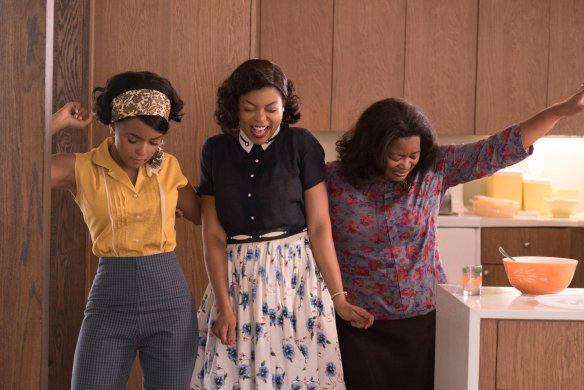 When all else fails – dance!

Here in the United States we are justifiably proud of our space program. NASA has done some mind-blowing things when you consider our humble beginnings in the Space Race. Back in 1962, it wasn’t certain that we would succeed at all.

Katherine Johnson (Henson) is a math prodigy employed by NASA’s Virginia facility. So are her friends Mary Jackson (Monáe), an engineer, and Dorothy Vaughan (Spencer) who is the de facto supervisor of the computer division – the group of mostly African American women who crunch numbers at the facility. The Space Race is in full bloom and even though NASA has gotten Alan Shepherd into space, they haven’t yet achieved orbit with an astronaut which is also something that the Soviet Union hasn’t been able to do either. John Glenn (Powell) is the candidate for the orbital mission, but the mathematics don’t exist yet to safely get Glenn into orbit and back to Earth again. Time is ticking as NASA has some intense political pressure on them to deliver.

In this office, most of that pressure falls on Jim Harrison (Costner) and his engineers, led by Paul Stafford (Parsons) and things aren’t going well. After some spectacular failures, Harrison needs someone to double check the math of the engineers and the prim and proper supervisor (Dunst) of the computer pool taps Vaughan to suggest someone and she in turn suggests Johnson.

She couldn’t have chosen better. Johnson is a legitimate genius, perhaps more so than the white male engineers and as she begins to clean up their efforts, she shows Harrison that she might be the one to invent a new form of mathematics that will get Glenn into orbit and home again without burning him to a cinder, or sending his spacecraft into a trajectory that takes it beyond where he can get home again.

At the time IBM was building its first supercomputers and installing one in Virginia had turned out to be a much more daunting task than they had at first envisioned. Vaughan, realizing that this computer will put her and the women of the computing division out of a job, learns programming on her own and helps get the system up and running. In the meantime, Jackson – ably assisting chief engineer Karl Zielinski (Krupa) needs to take classes to get her degree so she can progress further. Unfortunately, the only night courses she can take are being taught at a segregated high school which she can’t legally attend.

There are all sorts of petty humiliations associated with the segregation culture of its time; Johnson is forced to take long breaks to scurry the mile and a half to the nearest colored bathroom since she can’t use the whites only bathroom in her own building. She also is not allowed to drink from the same coffeepot as the others. The pressure of the job is keeping her away from her children and her new husband, a dashing Army officer (Ali) much longer than she would like. Will she crack under all this pressure?

One of the things that has irritated some critics about the film is that much of the segregation sequences are essentially manufactured. The bathroom incidents, for example happened to Jackson, not Johnson and while Vaughan became an essential computer programmer for NASA, her role in getting the computer installed was overstated here. However, keep in mind that this is a movie based on the experiences of actual people – it’s not a history lesson per se and is meant to be entertainment.

And as entertainment the film succeeds, largely on the back of the performances of its leads. Spencer has become in short order one of America’s finest actresses bar none; I can’t remember a recent film in which she’s given a subpar performance or failed to elevate. Here she is absolutely mesmerizing whenever she’s on screen; the power of her personality almost overwhelms the others.

Henson has a much more mousy character to portray but she makes her human and vulnerable rather than so smart we cannot relate to her. She is that, but she’s also got a ton of humanity as well – she gets frustrated with her situation but she has a lot of confidence that the future will be a better one. Henson has also climbed to the top echelon of actresses working and while Spencer has gotten more award acclaim, I don’t doubt that Henson is headed in that direction as well as she gets more leading roles on the big screen and the small.

Costner is a reliable performer who is transitioning into a bit of a character actor as well as a leading man still. He knows how to play grouchy with a heart of gold about as well as anybody and Harrison is all of that. Of course, this being a Hollywood production, there are elements of “decent white guy helping the cause of African-American freedom.” It’s a bit condescending but I suppose, forgivable; after all, there were plenty of decent white guys (and gals) who not only supported the civil rights movement but also fought on the front lines of it. Still, Melfi at least has the good sense to make sure the focus is on the trio of ladies where it should be.

The good thing about Hidden Figures is that it educates us about people who have been lost to history but shouldn’t have been and that is invaluable. Nearly as invaluable is that the movie leaves us with a good feeling as we exit the theater (or turn off our home video device when the time comes) and in times like these, it’s certainly about as important.

REASONS TO GO: Fine performances from all three of the ladies include an Oscar-nominated one by Spencer. It’s a really uplifting film – literally.
REASONS TO STAY: Strays quite a bit from the actual history of these extraordinary women.
FAMILY VALUES: A little bit of mild profanity and some adult themes.
TRIVIAL PURSUIT: The house that was used as Dorothy Vaughan’s house has historical significance; the residence, in Atlanta, is where civil rights leaders Ralph Abernathy and Dr. Martin Luther King Jr. first met.
CRITICAL MASS: As of 2/9/17: Rotten Tomatoes: 92% positive reviews. Metacritic: 74/100.
COMPARISON SHOPPING: The Right Stuff
FINAL RATING: 7/10
NEXT: Split