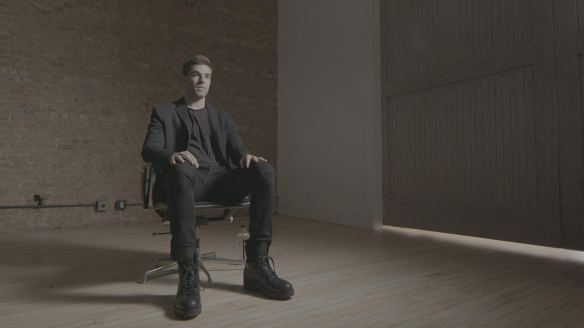 The face of a modern conman.

Some of you may have seem the term “FOMO” when browsing social media. It stands for “Fear of Missing Out” and is a particular curse of modern youth culture. Our society has become obsessed with the illusion of the good life, perhaps because it seems unattainable to us in an era when the gap between haves and have-nots is widening.

This documentary, one of two on the ill-fated Fyre Festival in 2017 that promised supermodels, luxury accommodations, 5-star cuisine, and a music festival on a private Bahamian island delivered only FEMA tents and stale cheese sandwiches in Styrofoam boxes. It has become a symbol of hype vs. reality as the organizers who were always in way above their heads but resorted to keeping their investors and employees in the dark and left thousands of Bahamian workers holding the bag, fleeced thousands of Instagram-obsessed would-be hedonists.

There is a little bit of an eye-twinkle to the Hulu documentary which without warning was made available five days earlier than the competing documentary on the subject on Netflix, and utilizes dozens of clips from TV shows to illustrate certain points – almost all of them available to binge on Hulu, don’t you know. However, in the main, the filmmakers go for the jugular when explaining how things went so horribly wrong.

The big difference between this documentary and the Netflix one (comparisons are inescapable) is that the filmmakers got main culprit Billy McFarland for an on-camera interview. Temper that information, however, with the knowledge that McFarland was apparently well-paid for his time; most journalists shy away from paid interviews for a lot of ethical reasons, not the least of which is that the appearance of being soft on the subject is almost inevitable. To be fair though, the filmmakers didn’t go easy on McFarland at all. He’s asked some pretty tough questions to which he often gets evasive or in some cases, outright lies in response. He’s a charming man, no doubt, but he is also fast and loose with the truth. Shortly after his interview was filmed, he was convicted of wire fraud (notice how it rhymes with the documentary title) and sentenced to six years in prison.

Much of the film takes square aim at what I suppose they would call Millennial culture – the directors themselves are Millennials – but I don’t think that’s entirely accurate. It’s not just Millennials who contribute to the out-of-control consumerism that dominates social media although they certainly contribute to it. The whole culture of “influencers” is raked over the coals; if influencers are doing the job they’re supposed to, that makes their followers little more than gullible sheep.

Some of the most cogent commentary comes from New Yorker writer Jia Tolentino who helps put the Festival in perspective. Many of those who worked for the Festival were surely aware that they were headed for a train wreck of epic proportions but they were reassured by the brass that things would work out. It is easy to believe in such reassurances when the alternative is unthinkable.

Both of the documentaries on the Festival are flawed and taken together they do form a pretty complete document, so if you have the opportunity to see them both by all means do. However, I’m not so sure that it is worth the time to do that; while they are a chilling comment on our attitudes towards celebrity and consumerist success, they are also not really vital subjects considering everything going on in the world these days.

REASONS TO WATCH: Has the benefit of getting things straight from the organizers.
REASONS TO AVOID: Not as comprehensive and a little bit on the raw side.
FAMILY VALUES: There is some profanity.
TRIVIAL PURSUIT: McFarland agreed to appear in the film on the condition that he be paid.
BEYOND THE THEATER: Hulu
CRITICAL MASS: As of 8/9/19: Rotten Tomatoes:79% positive reviews: Metacritic: 66/100.
COMPARISON SHOPPING: Fyre
FINAL RATING: 6/10
NEXT: The Buskers and Lou