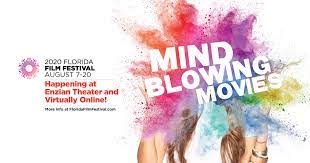 That she was a jazz legend there is no doubt, but much of the life of Billie Holiday remains an enigma to modern listeners. When she died in 1959 at age 44, she was nearly penniless, victimized by abusive husbands and managers who stole nearly every penny she earned, and did nothing as she sank into alcohol and hard drug abuse. Given a childhood in which she was raped as a pre-teen and began work as a prostitute at age 13, perhaps that descent was inevitable.

The movie had its genesis in a book that was never written. In 1971, journalist Linda Lipnack Kuehl, a big fan of the singer, decided to write her definitive biography (there was an autobiography in 1956 that was later criticized for being factually inaccurate, and was apparently threatened with legal action if certain aspects, such as her relationships with Charles Laughton, Tallulah Bankhead and Orson Welles were not removed) and spent the next eight years amassing interviews with those who knew her best, including jazz luminaries like Count Basie and Tony Bennett. However, before she could write the book, she passed away in 1979 in what was deemed by the Washington DC police as a suicide, although she left no note. Her family to this day contests the finding; Erskine attempted to look into the matter but all of the evidence collected by the DC police had been destroyed.

Erskine peppers the audio interviews with archival footage of Holiday performing some of her most memorable songs, as well as contemporaneous interviews with Lady Day herself (a nickname granted her by the musicians in the Count Basie orchestra with whom she sang early on in her career). Holiday once told her friend Sylvia Syms that the trick to performing was this: “If you almost laugh, the audience will laugh. If you almost cry, the audience will cry.” We see the evidence of that in her performance in which all the pain of her life – and all the joy – was very much in evidence in her face and in her body language.

Notably, we see a television performance of “Strange Fruit,” the at-the-time controversial song about lynching, late in her life. Her eyes are nearly deadened, numb with the horror of that which so many African-Americans of her generation had to grow up with and are now facing again, albeit in a much different way. The interviews are also fascinating, including one with the man who was her pimp during her prostitute days, who chuckles at the memory of beating her up when she got out of line; “the girls liked it,” he chortles. It’s enough to turn your stomach.

The film spends a little too much time on the journalist’s story, which although fascinating tends to detract from the story of the singer that she was trying to tell, something I imagine that the writer would find ironic if not disturbing. I think that she might have been gratified, however, if she knew that if you do an image search on her name, pictures of Holiday turn up (and a few of Linda Ronstadt, whose musical biography was also released by Greenwich last year).

It’s the music that Holiday will be remembered for, however, and there’s plenty of it here and you will be taken by the sheer force of her vocals. She was the greatest singer of her age bar none, and if you aren’t familiar with her work this is a dandy place to start. If you are familiar with her work, then the interviews about her will be a treasure trove.

Although iMDB gives a June release date for the film, that was a pre-Coronavirus entry and the movie remains on the festival circuit for the time being. For those looking to see it on the Florida Film Festival virtual festival, it is unfortunately sold out. Keep an eye out for it though – it is one of the best documentaries you’ll see this year.

REASONS TO SEE: Holliday’s story is tragic and compelling. Some wonderful performance footage. Judging from the interviews, this would have been an amazing book. Gives due to one of the most important figures in American music of the 20th century.
REASONS TO AVOID: Spends a little too much time on Kuehl’s story.
FAMILY VALUES: There is a whole lot of profanity (Holliday swore like a sailor), plus plenty of drug references.
TRIVIAL PURSUIT: Some of the performance footage was originally filmed in black and white, but was restored to full color for use in the film.
CRITICAL MASS: As of 8/12/20: Rotten Tomatoes: No score yet, Metacritic: No score yet
COMPARISON SHOPPING: Miles Davis: The Birth of Cool
FINAL RATING: 9/10
NEXT: The Outside Story

Seduction comes in many forms.

Art isn’t easy. It isn’t meant to be spoon-fed to the observer; it is meant to engage them. It requires thought, emotion, whimsy – sometimes all at once. Making art requires focus and determination, a willingness to leap before you look, and a very thick skin.

There’s no plot here per se and I guess it would be fair to say there’s not really a concept either unless you choose to supply one of your own. The main “storyline” here – an artist is given a show at a gallery on a remote island and ships her art there. When she doesn’t hear anything for months, she becomes alarmed and sets out to the island to find out what happened to her artwork. There…stuff happens. Eventually, the movie ends.

The storyline I speak of doesn’t kick in until 35 minutes into the film. Before that there are a series of vignettes – a guy (Serritiello) on a train to Zurich with a girlfriend he no longer loves (and who no longer loves him) and whose face he no longer can see clearly gets off the train and finds himself in a weird, strange place. He ends up dealing with his past which isn’t all rose-colored; when in a jazz club he sees a jazz vocalist there who was once as close as a brother to him but whom he abandoned. When confronted, all the man can do is murmur “I’ve changed.”

A performance artist uses a real gun n her performance art. A party engages an Italian speaker to speak to them, even though none of them speak a word of the language. Apparently, that’s a thing there as there is a Speaker’s Agency from which you can rent foreign language speakers. People eat. People scratch. People laugh. People move about until the man’s story is left behind and we follow the artist and her journey – which starts out as an animation.

The directors are apparently fond of extreme close-ups; they are employed relentlessly throughout the film. The thing about extreme close-ups is that they tend to distort features and make even the most beautiful people look ugly. It gets to be repetitious.

But then, repetition seems to be a theme here. Lines of dialogue are repeated several times (and sometimes more than that). Lines are repeated by Greek choruses of background performers. There is something very La Dolce Vita about the whole thing. A secret, though, about repetition; sometimes it’s not creative; it’s just repetitive.

I’ll be honest with you; my taste in cinema tends to be a bit more mainstream and so it was difficult for me to sit through the film at times. I can say in defense of the filmmakers that there is a great deal of imagination shown throughout; in one scene people are caged like birds and instead of voices coming out of their mouths, chirping and birdsong comes out. I found that to be funny in a renegade kind of way.

I can’t say this is for everyone. The average viewer will find it unfathomable and difficult to watch, and they aren’t wrong. All I can say is it requires a commitment on the part of the viewer to actually use their brains and any opportunity to do that in this day and age where stupid really is as stupid really does is welcome.

Gelateria has yet to play on an American screen although there are plans to take it onto the festival circuit once theaters reopen and film festivals are up and running again, so those who are fond of the avant garde may want to keep an eye out for it. While the filmmakers are concentrating on Europe, there are plans to have it in North American festivals and eventually, on a streaming service of some sort.

REASONS TO SEE: At times, very imaginative with a subversive sense of humor.
REASONS TO AVOID: Falls prey to needless repetition.
FAMILY VALUES: There is some profanity, violence and disturbing images.
TRIVIAL PURSUIT: According to their iMDB entry, the movie has played exclusively at European film festivals to date.
CRITICAL MASS: As of 4/120/20: Rotten Tomatoes: No score yet; Metacritic: No score yet.
COMPARISON SHOPPING: Un Chien Andalou
FINAL RATING: 5.5/10
NEXT: Shoplifters