Summer is a time for Springsteen.

When it coms to our formative years, we have a tendency to either overly romanticize or overly criticize. When it comes to making movies about that time in our lives, the balance leans heavily towards the former.

The Jersey shore as the 80s are becoming the 90s isn’t necessarily an idyllic life. While the town is a bit of a postcard, the lives being lived without it are not. Brothers Alan (Johnson) and Peter (Martell) are largely on their own over the summer; their mother passed away years earlier and their father is literally out to sea; he’s a long-liner whose fishing trip lasts essentially the entire summer. The two boys are on their own.

As boys on their own will do, they fall in with the wrong crowd. Red (Neustaedter) is a sociopath, prone to violent outposts and ruling his little group with fear and intimidation. Smitty (Zoghadri) is a slippery character, the kind of guy who’d sell out his own mother if there was a percentage in it for him. Alan, Red and Smitty have taken to robbing the summer homes of “Bennies,” their derogatory name for upscale tourists vacationing in their quaint hamlet. Why do they do it? Boredom, likely; it also provides a cheap source of alcohol and drugs which they also take along with whatever trinkets they can fence.

On one job, their usual lookout Smitty breaks his leg in a clumsy fall and puts the burglary shenanigans on the back-burner for a while. Alan meets Mary (Froseth), a pretty summer Bennie whom he wants desperately to impress. Peter, who earns a little extra income by selling fish at the dock, is a Boy Scout with a future ahead of him. Then, Red convinces his crew to pull one last robbery with Peter substituting for Smitty. At this house, Peter and Alan find something they didn’t expect; a bag of vintage Doubloons that are worth a fortune. Deciding to keep it from the volatile Red who would likely take the bulk of the coins for himself, especially after Red deserts Peter and Alan leading to Alan getting caught by the local sheriff (Whigham) although he keeps that a secret from Red, knowing Red would go ballistic if he thought for even a second that Alan had spoken to the cops.

Peter buries the coins but not before Alan pawns enough of them to buy himself a car, the better to impress Mary with. Peter is aghast, knowing that this will draw attention to them – and of course, it does. Now the crew is eating its own young and nobody trusts anybody – and Red is a ticking time bomb who might just resort to murder if he suspects any of his friends might betray him.

It seems to me that movies with this kind of setting almost lens themselves; the cinematography is definitely a highlight here. It is counterbalanced (and not in a good way) by the score which is just annoying and weak. McMullin does a pretty decent job of establishing time and place with the strategic use of Bon Jovi on the soundtrack.

Fortunately, the cast is much better than one would expect. There is a great deal of chemistry between the leads and there is a naturalism to their performances that is quite charming. Martell and Johnson in particular come off as brothers from other mothers and Martell may be the best new find of 2019. He has the simmering charisma of a young John Cusack and the presence of a Brad Pitt. He’s got star quality written all over him – hopefully in permanent ink.

I was also impressed by Neustaedter’s performance. Red is an ideal movie villain, the kind whose fuse is short that you literally sit on eggshells whenever he’s onscreen; you never know how he’s going to react and how violent that reaction will be. He’s the kind of kid who knows he’s a bad seed and doesn’t much care. He was born with a silver spoon in his mouth (the son of a big local developer) and a chip on his shoulder. Whatever rage drives him, it’s bound to lead him to trouble even his well-heeled dad won’t be able to buy him out of someday and indeed it does.

The ending isn’t the most innovative you’ll ever see and in fact McMullin (who also wrote the script) telegraphs the ending a bit too much. There are vibes here from movies like The Goonies and TV shows like Stranger Things although without the fantastic elements. However, this isn’t strictly an idealized version of the good old days; some pretty bleak things happened and the people that surrounded Peter and Alan weren’t the kind that are likely to be a part of their lives well into adulthood. There’s certainly some things worth checking out here but it’s a bit too uneven to give it an unbridled recommendation.

The movie has been playing on DirecTV since Labor Day and is just now getting a limited theatrical release. It’s also available on a number of VOD outlets if you’re more into home viewing than checking it out on the big screen.

REASONS TO SEE: A good late summer film that manages to establish a decent level of suspense.
REASONS TO AVOID: A weak score and a predictable ending disintegrates some of the good will it builds up.
FAMILY VALUES: There is plenty of profanity, some teen drug use and violence.
TRIVIAL PURSUIT: This is the feature debut of director McMullin.
BEYOND THE THEATERS: Amazon, Fandango Now, Google Plus, Vudu, YouTube
CRITICAL MASS: As of 10/4/19: Rotten Tomatoes: 75% positive reviews: Metacritic: 62/100
COMPARISON SHOPPING: Bling Ring
FINAL RATING: 6.5/10
NEXT: Memory: The Origins of Alien 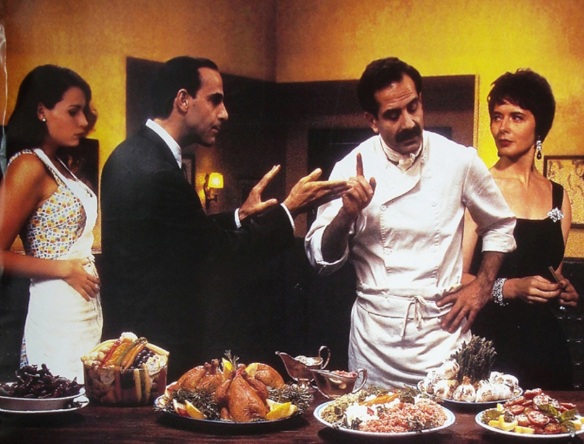