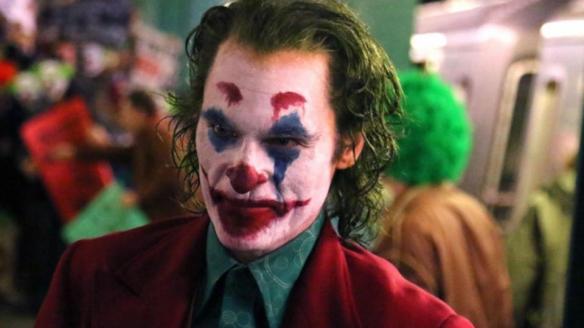 (Warner Brothers) Joaquin Phoenix, Robert De Niro, Marc Maron, Zazie Beetz. Before he became the arch-nemesis of the Batman, Joker was Arthur Fleck, a man overlooked by society who followed a path to villainy and madness. The movie is the first “standalone” DC film, not a part of their Extended Universe. October 4 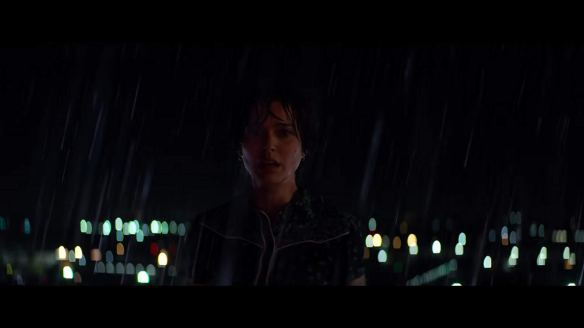 Lucy in the Sky

(Fox Searchlight) Natalie Portman, Jon Hamm, Zazie Beetz, Dan Stevens. An astronaut returns home after a transcendent experience during a mission in space only to find that the world is no long enough for her. October 4 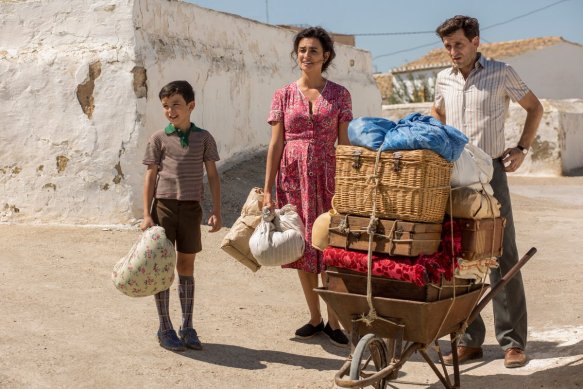 (Sony Classics) Antonio Banderas, Penelope Cruz, Asier Exteandia, Julieta Serrano. A world-renowned film director reflects on his life and the choices he’s made as both his past and present are crashing down around him. This newest film by Spanish legend Pedro Almodovar was a sensation at the most recent Cannes Film Festival and has been lauded as his best work in years. October 4 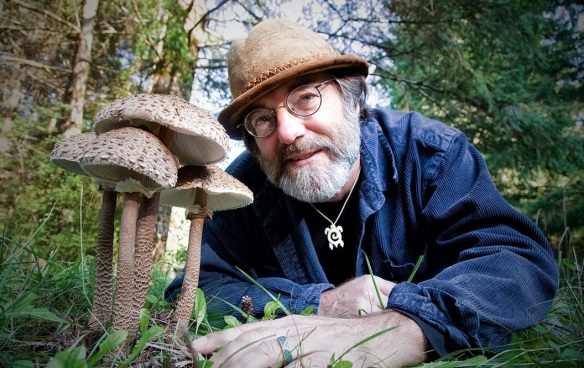 (Self-Released) Brie Larson (narrator), Paul Stamets, Tony D. Head, Michael Pollan. Beneath our feet is the magnificent mushroom and other fungi. These organisms can feed us, expand our consciousness and have surprising medicinal value. As the film explores the enthusiasm of mycologists – scientists who study fungi – it turns out that the lowly fungus may be the key to saving the planet. October 11

(NEON) Kang-ho Song, Sun-kyun Lee, Yeo-jyong Jo, Woo-sik Choi. A poor Korean family latches on to a wealthy one, providing “luxury services” for them and in return receiving financial survival. When a parasitic interloper threatens the poor family’s standing, they go to war to keep their cash cow alive. This is the latest from acclaimed Korean director Joon-ho Bong. October 11 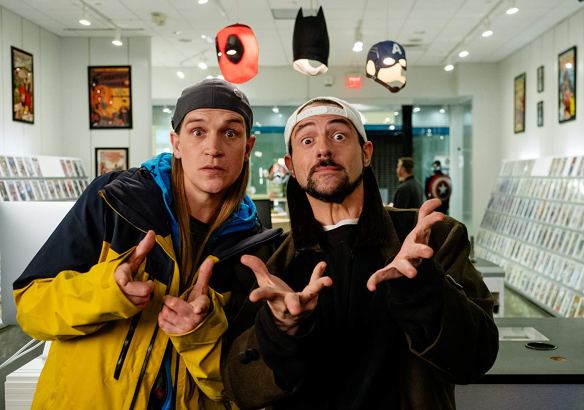 (Saban) Jason Mewes, Kevin Smith, Matt Damon, Ben Affleck. The legendary stoners return after an absence of I-can’t-remember-how-many years when they hear the despicable movie made based on their comic book characters is about to be rebooted. Characters from throughout the View Askew Universe guest star. October 15 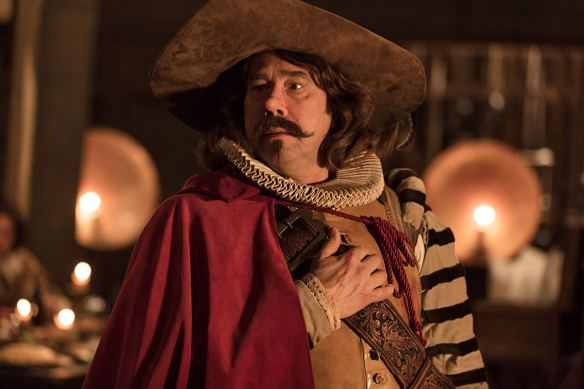 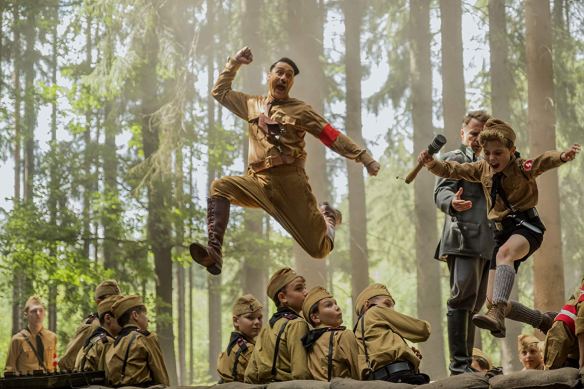 (Fox Searchlight) Roman Griffin Davis, Taika Waititi, Sam Rockwell, Scarlett Johansson. A young boy, a soldier in the army of Nazi Germany, discovers that his mother is hiding a young Jewish girl in her attic Did I mention that his imaginary friend is Adolph Hitler? October 18 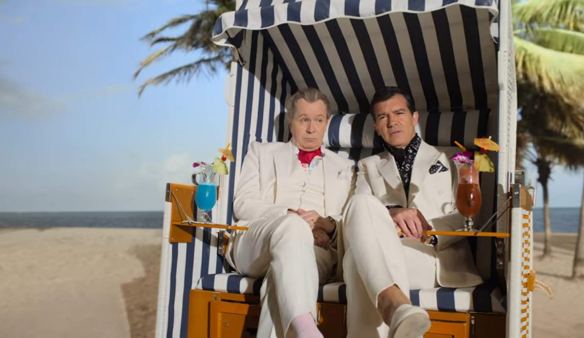 (Netflix) Meryl Streep, Gary Oldman, Antonio Banderas, Sharon Stone. A recent widow, investigating insurance fraud, discovers that the money trail leads back to a pair of Panama City, Florida law partners who have been exploiting the financial system to keep their uber-wealthy clients rich while screwing the middle and lower classes. This new Steven Soderbergh film is based on true events. October 18 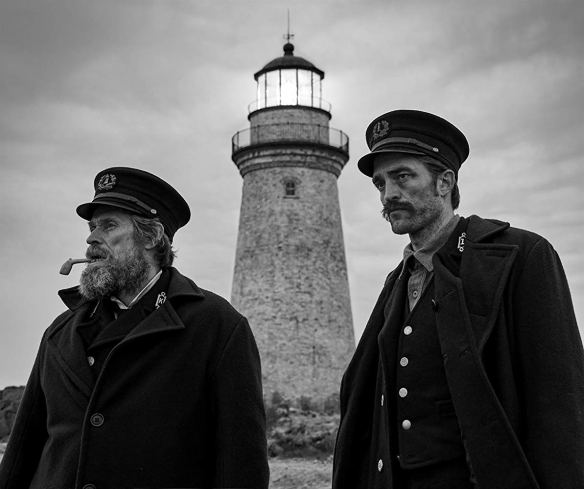 (A24) Willem Dafoe, Robert Pattinson, Valeria Karaman. Two lighthouse keepers on a remote island off the coast of New England in the 1890s make a startling discovery which leads to horrifying consequences. October 18 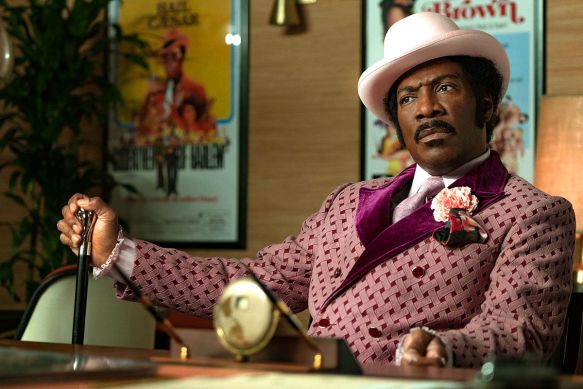 My Name is Dolemite

(Netflix) Eddie Murphy, Wesley Snipes, Snoop Dogg, Keegan-Michael Key. The story of Rudy Ray Moore, a legendary black comic and original rapper whose Kung Fu pimp Dolemite became a Blaxploitation film cult favorite. The movie will undergo a brief theatrical run at the beginning of the month before moving over to Netflix. October 25 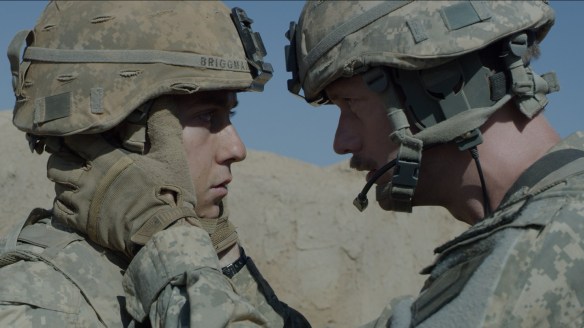 (A24) Nat Wolff, Alexander Skarsgǻrd, Rob Morrow, Adam Long. A soldier under the command of a sadistic squad leader witnesses the murder of civilians but as his team learns that someone has informed military authorities, he becomes increasingly concerned that his own squad might just kill him. Based on the incredible true story portrayed in a documentary of the same name that played the Florida Film Festival back in 2013. October 25 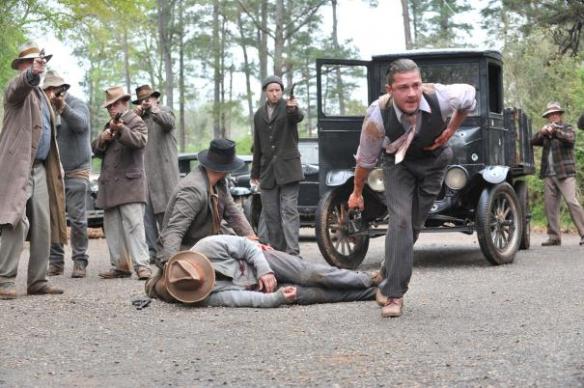 During Prohibition, a group of brothers in the Virginia hill country go from small town bootleggers to local legends to wanted men. They are the Bondurant brothers and they will take on the law while remaining true to each other and their own particular code of wrong and right. (Opened on Wednesday)

Rating: R (for strong bloody violence, language and some sexuality/nudity)

(Sony Classics) Rashida Jones, Andy Samberg, Elijah Wood, Emma Roberts. They were high school sweethearts who married young. Now Celeste and Jesse are in their 30s and she wants more from her relationship than he is giving her, so they divorce. They want to remain best friends but as they begin to see other people and Celeste begins to re-evaluate her decision, this proves to be not as easy as it sounds – and it doesn’t sound easy at all.

Rating: R (for language, sexual content and drug use)

(UTV) Akshay Kumar, Sonakshi Sinha, Chitrangda Singh, Sanjay Mishra. A small village is misplaced when the boundaries between India and Pakistan are drawn up, ending up in neither country. Isolated and forgotten, it is overrun by the inmates at the region’s largest insane asylum who take over. It is here a NASA scientist comes to build his device that is meant to communicate with alien cultures but there can be no culture as alien as the one in this village!

The Oogieloves in the Big Balloon Adventure

(Kenn Viselman Presents) Toni Braxton, Cloris Leachman, Christopher Lloyd, Cary Elwes. A movie in which kids are encouraged to stand up, dance, sing along and act out. Bad idea. (Opened on Wednesday)

(Lionsgate) Jeffrey Dean Morgan, Kyra Sedgwick, Madison Davenport, Natasha Calis. A young girl becomes obsessed with a wooden box that she found at a yard sale. As her behavior becomes erratic and sinister her parents grow to realize that it wasn’t just any box that she had found – it had contained a dybbuk, a Jewish demon that consumes its victims from the inside. Can they stop it before their darling daughter is devoured?

See the trailer, a clip, a promo and a short film here.