A nuzzle between old lovers is as sexy as anything you’ll see in Fifty Shades of Grey. 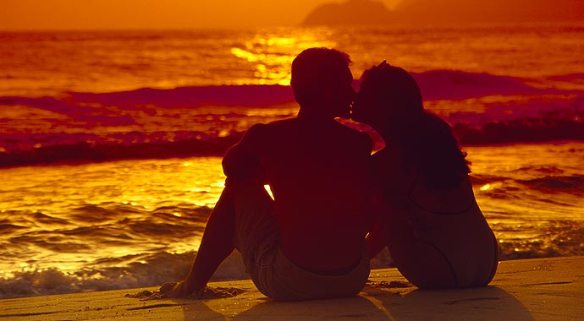 Adam (Hurt) and Mary (Rossellini) have been married for 30 years and are seeing 60 approach. They are entering the endgame of middle age and will soon be forced to deal with old age. Mary is somewhat terrified of it – she begins to buy gadgets like phones with huge numbers, and bars for the toilet and bath to aid in getting out of the latter and off of the former.

Adam doesn’t think he’s quite done yet. An architect who has designed some major airports, he has received a lifetime achievement award in his field which he likens to a tombstone. His firm, which has not been getting the sort of projects they once did, is offered the design of a retirement village. Adam doesn’t want to design a “zombie storage facility” as he terms it. A young woman in his office, Maya (Dobroshi) urges him to enter a competitive bid for a museum. Re-energized, Adam decides to go for it. However, his wife – who is a retired teacher – is trying to fill her days with volunteer work with condescending managers and water aerobics in the gym. They are drifting apart and even their grown children sense it. Adam is sleeping at the office more often than not, and sometimes with Maya who has been flirting with him. Can their marriage survive old age?

Gavras whose first feature was the political drama Blame It on Fidel is making her second feature in English (she was born and raised in France) for the first time, possibly to appeal to a wider audience. There are some fine actors in France who might have taken these roles but it’s hard to imagine anyone doing a better job than Hurt and Rossellini did here.

Hurt has always been a kind of ice cold actor, a little bit distant from his audience. Rossellini on the other hand is all heart, all soul. They couldn’t be more different if they tried but they succeed in convincing us they’re a couple, communicating in non-audible gestures and looks although as the film progresses they don’t communicate at all. I suspect that Gavras purposely cast such polar opposites; I know couples like this who have had successful  marriages, but they demand a lot of patience and work. Adam seems to be more passionate about his work than his wife; Mary is unable to get past her obsession with oncoming age. The two can’t seem to get past their differences.

And yet, there’s no denying the chemistry in this couple. The ending is a bit forced, but the only reason it works at all is because of that chemistry between Hurt and Rossellini. They convince you that there is love between them, even when they don’t know how to live with each other. That’s the way it goes sometimes and not every ending is as happy as this one turns out to be.

This isn’t compelling romantic cuddle by the fire stuff, but it is compelling as a look at how relationships survive the aging of the people in it. And yeah, maybe on Valentine’s Day you want to keep the “I wanna grow old with you” to just a declaration of intent, but the fact of the matter is that we do have to eventually grow old and doing so with a partner is just as difficult and hard work as it is growing up with one – but just as rewarding as well.

WHY RENT THIS: Charming performances from Rossellini and Hurt. Unapologetic and frank discussion of aging.
WHY RENT SOMETHING ELSE: Muddled in places. The ending is a little bit too chipper.
FAMILY VALUES: There is some sexuality, some drinking, adult themes and a little bit of foul language.
TRIVIAL PURSUIT: The director is the daughter of Oscar-nominated director Costa-Gavras (Z, Missing, Betrayed).
NOTABLE DVD EXTRAS: None listed.
BOX OFFICE PERFORMANCE: Not available.
SITES TO SEE: Netflix (DVD rental), Amazon (not available), Vudu (not available),  iTunes (not available), Target Ticket (not available)
COMPARISON SHOPPING: Lovely, Still
FINAL RATING: 5.5/10
NEXT: Cinema of the Heart continues!