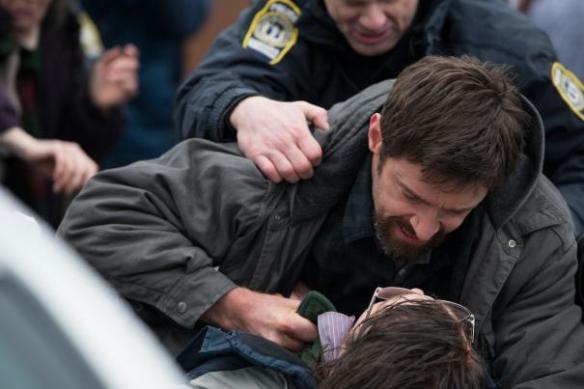 A desperate father races against time after his daughter and her young friend have disappeared. The only lead the police have is a dilapidated RV that was parked on the street at the time of the disappearances. The driver, a mentally challenged young man, has been released for lack of evidence. As time ticks away with each moment bringing a greater chance that the children will be dead, how far will he go to find his little girl – and what price will he pay?

See the trailer and a promo here.

Rating: R (for disturbing violent content including torture, and language throughout)

Battle of the Year

(Screen Gems) Josh Holloway, Laz Alonso, Josh Peck, Caity Lotz.  A hip hop mogul, ticked off that the Hip Hop Dance World Championship has gone to countries other than the United State for 15 years, decides to assemble a dream team to bring the trophy back home – and a washed up former championship basketball coach to lead them there.

(American Media/Vladar) Arnold Schwarzenegger, Mickey Rourke (narrator), Lou Ferrigno, Michael Jai White. As the prestigious Mr. Olympia competition nears, renowned bodybuilders from around the world prepare for one of the most coveted titles in all of bodybuilding. As the film focuses on seven top up and coming young stars, legends and admirers of the sport weigh in.

Rating: R (for language and some strong sexual content)

The Wizard of Oz IMAX 3D

(MGM) Judy Garland, Ray Bolger, Jack Haley, Bert Lahr. We all know the story. We’ve all seen the movie. Now you can see it like it’s never been shown before – in full-on IMAX 3D. I’m usually not too encouraging of my readers to spend their hard-earned dollars on blatant cash grabs, but this one might be the rare exception. Who doesn’t want to see a Flying Monkey in 3D on the IMAX screen?

See the trailer, promos, clips and stream the full movie at Amazon.com here.

Rating: PG (for some scary moments)

Kate Bosworth wants better roles and she’ll do what she has to to get them!

There is no doubt that violence pervades American culture. We glorify it through our love of football; we aggressively defend it through our love of guns. We like to think of ourselves as civilized, sure but how civilized are we really? If violence were to come to our homes, would we know when to stop? Is there a point where we cross the line even in defense of those we love?

David Sumner (Marsden) is a Hollywood screenwriter and a Harvard graduate, a combination that you don’t see very often. His wife Amy (Bosworth) is a marginally successful actress who worked on a short-lived TV show that Sumner wrote for. After her father passed away, she is returning home to Blackwater, Mississippi where she grew up to repair and renovate his home with an eye for a possible sale in the future.

Worse yet is Charlie (Skarsgard), a handsome handyman who once was Amy’s beau. She was a cheerleader at the time, he a football hero who still hangs out with the same bunch he did in high school. The pack of them have seen their lives go downhill since high school, a bitter pill for anyone to swallow but they dull the ache with beer and hunting trips. Charlie gets the friendly David to hire him and his crew to repair the hurricane-damaged barn on the property.

Charlie, you see, still has a bit of a torch for Amy. He also has a bit of a passive-aggressive mean streak with a hate on for David that starts to manifest itself in subtle ways, like showing up for work early enough to wake David, or helping himself to beer uninvited from David’s fridge. As David retaliates in equally passive-aggressive ways, the violence escalates.

It boils to a head when Jeremy precipitates a tragedy and through an unlikely turn of events ends up in David’s home. A maddened crowd gathers with the intent of storming David’s castle. This he cannot allow and the passive aggressive turns to outright aggressive. As the villagers take to assaulting the walls of the fortress, David turns from civilized to savage in the blink of an eye. What will this cost him?

This is a remake of a 1971 Sam Peckinpah film which at the time polarized audiences and critics alike. Starring Dustin Hoffman and Susan George as the couple, the action was in that film located in rural England with Hoffman playing an out-of-shape mathematician. The hunky Marsden is a far different physical type.

That film was notorious for the shocking brutality of its violence which at the time caused critics to wonder if Peckinpah, whose The Wild Bunch two years earlier had made violence into an art form, had gone too far. Today there are those who consider it one of the most brilliant films to come out of the 70s, pushing the anti-hero so prevalent in the era to its limits.

In some ways Peckinpah’s film was ahead of its time. While there is violence here, it isn’t as in your face as it was in the 1971 version. One of the crucial scenes in that film was a rape of the wife by the handyman. During the course of the assault, the Susan George character seems to give up fighting, and may be even enjoying it. This was considered to be misogynistic, even though there are accounts of women reacting in a similar manner in real life. That element is missing here; Amy struggles mightily throughout and in doing so removes a plot point that is crucial to the first film and makes it less ambiguous than the first movie, robbing it of some of its power. I don’t know that Lurie makes a mistake in that regard but it is a major change from the original and I can see fans of that film being outraged.

Marsden has to fill the shoes of Dustin Hoffman, one of the most brilliant actors of all time and fares surprisingly well. He doesn’t even attempt to be the same character; he is far too hunky to be convincing as a meek nebbish as Hoffman’s character was, but he does manage to imbue the character with a kind of intellectual superiority which he can’t help but flaunt.

That leads to a kind of political subtext for the movie, which then becomes a Red State versus Blue State confrontation – the Left Coast liberal who is an *shudder* atheist and an intellectual, whose presence is slightly insulting to the god-fearing, gun-toting football fans whose traditional moral values get a might twisted in an Old Testament style reckoning. Woods, who actually is kind of a Left Coast liberal, plays Heddon as a hotheaded bigot with a short fuse. He’s usually a reliable performer but here he sails way over the top and turns the coach into a character.

I don’t know that this stands up to the original, which was about the savage lurking in all of us, even the most civilized of people. Here this turns into a bit of a revenge fantasy which when you get down to it are kind of a dime a dozen. There are enough elements from Peckinpah’s original to make this worth looking out for in the rental queue but even though the relocation in my mind is perfect location casting, not enough of the changes work out well enough to make this something you’ll want to see more than once.

The sad thing is that the point is lost on a lot of audiences, who critics reported were cheering and clapping at the end. Peckinpah might have been right about the savage in all of us after all.

WHY RENT THIS: Relocation to the American South makes much sense. Marsden does surprisingly well stepping into Hoffman’s shoes. Skarsgard shows some big screen charisma.

WHY RENT SOMETHING ELSE: Far too watered down, removing the shock value. Woods too over the top.

FAMILY VALUES:  The violence can be pretty brutal. There’s a sexual assault, a ton of bad language and some consensual sexuality as well.

NOTABLE HOME VIDEO EXTRAS: There is a featurette comparing and contrasting this with the 1971 original which in a way attempts to justify the existence of the remake, but Lurie’s commentary also does plenty of that.

NEXT: The Iron Lady

A Hollywood couple – a screenwriter and his actress wife – go to the Deep South to prepare the family home for sale after her father passes away. What appears to be idyllic and down home on the surface bubbles over into a cauldron of emotion and sexuality when her ex-boyfriend decides to give their relationship one last chance, leading to a violent conflict. Based on the controversial Sam Peckinpah 1971 thriller of the same name.

See the trailer, clips, interviews and a promo here.

(FilmDistrict) Ryan Gosling, Carey Mulligan, Bryan Cranston, Ron Perlman. A seemingly mild-mannered Hollywood stunt driver moonlights in a far more dangerous profession – getaway driver for whoever is willing to pay him. He drives, no questions asked, through nearly impossible odds. When he agrees to take on a job for a friend, he finds himself being chased by some of the most dangerous men in the criminal underworld and it’s going to take all his skills if he’s to get away clean.

Rating: R (for strong brutal violence, language and some nudity)

I Don’t Know How She Does It

(Weinstein) Sarah Jessica Parker, Greg Kinnear, Pierce Brosnan, Kelsey Grammer. A Boston mother of two tries to juggle family, marriage, school and career while maintaining her sanity. When she bags a new account for the firm she works for, necessitating frequent trips to New York, things get further complicated when the charming business associate she’s working with proves to be more tempting than she realized.

See the trailer, clips and a promo here.

Rating: PG-13 (for sexual references throughout)

(Disney) Starring the voices of Matthew Broderick, James Earl Jones, Nathan Lane, Jeremy Irons. Disney’s accountants are hoping they’ll be singing “Hakuna Matata” if the brief 3D version of their classic animated hit does well. Shortly afterward, the movie will be making its debut on 3D Blu-Ray so Disneyphiles prepare to unlimber your wallets.

(Sundance Selects) Joyce McKinney, Kent Gavin, Peter Tory, Troy Williams. Acclaimed documentarian Errol Morris takes on a 1977 tabloid scandal, the lurid “Case of the Manacled Mormon” in which a former Miss Wyoming flew to England to, depending on whose account you believe, abduct an upstanding Mormon missionary into sexual slavery or liberate him from a cult. Something this unbelievable could only be a true story.