Hollywood lost one of it’s all time greatest character actors in Harry Dean Stanton on September 15 last year. Fittingly, he had one film left in the pipeline that turned out to be an appropriate farewell for the late actor.

Lucky (Stanton) is a curmudgeonly World War II vet and nonagenarian living in a small desert town in the Southwest. He has an unvarying routine; yoga in the morning, breakfast at the local diner while he does the crossword puzzle, a stop by the local corner grocery to pick up milk and cigarettes, then back to his house to watch the afternoon game shows and water the cacti. Finally, over to Elaine’s, a local watering hole where he drinks down an adult beverage in the company of friends, most especially Howard (Lynch) who is grieving the loss of a tortoise. The tortoise didn’t die, mind you, he just wandered off.

Stanton rarely played lead roles but on the occasions that he did he always shined. This is a Seinfeld-esque film all about nothing really; there’s some lank attempts at deciding who’s figured out life better but in reality this is simply an excuse to watch Stanton do his thing and that in itself is all you really need. There are some fine character actors backing him up (James Darren, Tom Skerritt, Barry Shabaka Henley) and one behind the camera – John Carroll Lynch (no relation to David), best known as Drew Carey’s brother on his sitcom some years ago, who does a pretty decent job of setting the tone and allowing his lead enough space to shine.

This isn’t really a eulogy as such but it is a nice way to say farewell. Stanton was always more of a cult figure than anything else but he still had some moments in films like Alien, Twin Peaks: Fire Walk With Me, Repo Man and particularly Paris, Texas. This probably doesn’t hold up with any of them except the second but still in all not every actor gets a sendoff like this one and it’s nice that someone who didn’t get the acclaim he deserved generally got one.

REASONS TO GO: Stanton’s final performance is a strong one. The soundtrack is righteous.
REASONS TO STAY: Some of the plot points feel a bit contrived. The pacing is a little bit on the slow side.
FAMILY VALUES: There is a healthy amount of profanity, some sexual material, a bit of violence and a surfeit of smoking.
TRIVIAL PURSUIT: Stanton passed away at the age of 91, two weeks before the September 29, 2017 release date for the film.
BEYOND THE THEATER: Amazon, Fandango Now, Google Play, Hulu, iTunes, Vudu, YouTube
CRITICAL MASS: As of 3/12/18: Rotten Tomatoes: 98% positive reviews. Metacritic: 79/100.
COMPARISON SHOPPING: Get Low
FINAL RATING: 8.5/10
NEXT: Wind Traces 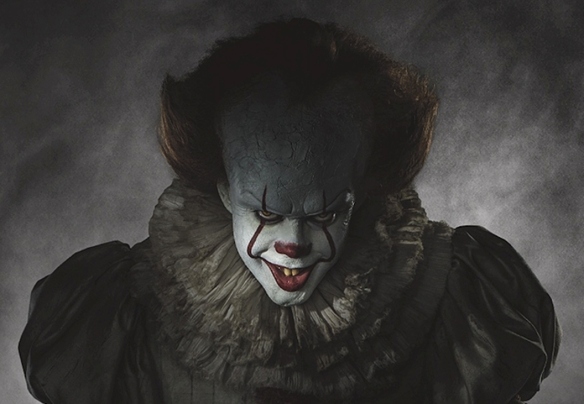 (Warner brothers) Bill Skarsgård, Sophia Lillis, Finn Wolfhard, Javier Botet. Stephen King’s creepy novel about a killer clown terrorizing a group of Maine boys and years later, the same boys as men was famously a television miniseries with the great Tim Curry as Pennywise. Now, the book is a movie with an all-new cast and an all-new Pennywise. Children are disappearing in the town of Derry and a creepy clown haunts the woods and sewers of the town, but Pennywise is much more than he seems and the danger even worse. Beware the deadlights! September 8

(Arclight/Blue Dream) Starring the voices of John Krasinski, Emily Blunt, Danny DeVito, Sylvester Stallone. A young family man has the horrible job of taste testing dog biscuits. When he inherits a rundown circus, he discovers the secret to the circus’ past success – a box of magic animal crackers that allows him to turn into any animal in the box and then back to human again. However, he must contend with an evil uncle who wants the circus for himself. The trailer looked awfully cute and heartwarming; this might be a sleeper family hit. September 1

(PBS) Dolores Huerta, Cesar Chavez, Hilary Clinton, Robert Kennedy. One of the most successful labor movements in American history was the United Farm Workers, which radically improved working conditions for the mainly Hispanic farm workers of California. Although most associate Cesar Chavez with the movement, the heart and soul of the UFW was truly Dolores Huerta. A firebrand of a leader and an indomitable advocate for those she represented, her contributions are largely unsung due to her being a woman but this documentary aims to rectify that oversight. September 1

(Verdi) Gwyneth Paltrow (narrator), Barack Obama. This time of year usually brings back memories of one of the worst days in American history and of course movies about that day – September 11, 2001. There are so many stories about heroism in the face of unspeakable horror but few are as unforgettable as that of Welles Remy Crowther, a young man in a red bandana who saved ten people (at least) at the World Trade Center that terrible day. September 8

(Magnolia) Neasa Ní Chianáin, David Rane. Education is important and despite attacks on the institutions of education from all sides, there remain places where it is taken seriously. In England, a boarding school in a converted manor has taken a rock and roll attitude towards learning, giving students more of a say in what they learn. With two long-time teachers at the school retiring, we get an inside look at the joys of growing up, learning and being inspired. September 8 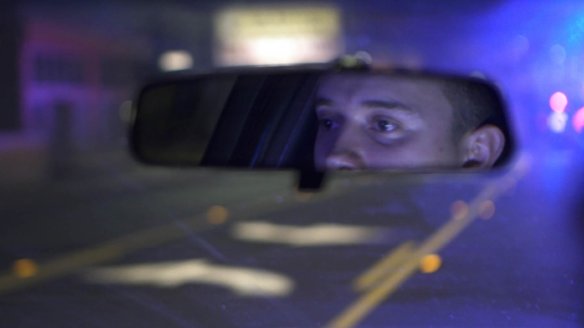 (Kino Lorber) Juan Carlos Zapala, Libby Schaaf. This timely documentary explores an embattled urban police force from the inside out. The Oakland (California) Police Department has a legacy of corruption and police brutality that it struggles to deal with on a daily basis. With the citizens of Oakland growing increasingly frustrated over the dysfunctional relationship between the cops and the African-American community and with pressure mounting from above to fix it, the OPD tries to make real changes from within while keeping the safety of both cops and civilians uppermost in mind. September 15

(Good Deed) Starring the voices of Saoirse Ronan, Helen McCrory, Chris O’Dowd, Robert Gulaczyk. Ten years in the making, this is the first film to be fully animated using oil paintings on canvas as the medium. The story revolves around the mysterious death of master Post-Impressionist Vincent Van Gogh; was it suicide or was it murder? A young man charged to deliver a letter from the recently deceased painter to his brother Theo discovers that Theo has also died and becomes determined to understand the painter, his works and his death. September 22

(Roadside Attractions) Jake Gyllenhaal, Tatiana Maslany, Clancy Brown, Miranda Richardson. The latest from director David Gordon Green examines the true story of Jeff Bauman, an ordinary man thrust into an extraordinary situation when both his legs were blown off during the Boston Marathon bombing. There only to win back his girlfriend, he battled back to become a symbol of hope that inspired the entire city but it was no easy path to get there. September 22

(Magnolia) Harry Dean Stanton, David Lynch, Tom Skeritt, Ed Begley Jr. A 90 year old atheist, reaching the last days of his life, goes on a journey to try and discover the meaning his life has had amidst an odd collection of eccentrics in a desert town. Stanton, one of the legends of cinema, may very well be on his way to a Best Actor Oscar nomination for his performance here. September 29

The happy couple - how lucky!

Love and marriage can be a killer. Compromise and understanding are keys to any relationship, but especially in any marriage, particularly in new ones. Getting to understand your partner in any relationship is the key to making it work.

Ben Keller (Hanks) is a bit of a noodle. He is a quiet, shy sort who works as an accountant. He seems generally nice although a bit socially awkward. He has a crush on the receptionist, Lucy St. Martin (Graynor) and has had since school but has never acted on it, not really. She’s aware of his affections but she is much more pragmatic; she has her eye casting about for men in a different economic strata. Ben is beneath her notice, frankly.

That is, until Ben wins the Iowa State Lotto and over $38 million. Overnight he’s a millionaire and Lucy suddenly sees him as husband material. Soon they are dating and before long, they are married, much to the satisfaction of Pauline (Ann-Margaret), Ben’s mom who had despaired of her shy son ever finding a match.

Lucy may be all about the money and Ben doesn’t seem to be too shy about spending it on her – from building her a dream home to an expensive Hawaiian honeymoon. It is in fact while in Hawaii that Lucy discovers that Ben has been keeping a secret from her and it’s a doozy – mild-mannered Ben is a serial killer and as Lucy looks a little more deeply into this, she discovers that his victims bear a more than passing resemblance to herself.

The director is the son of a Hollywood producer (best known for producing the Oscar telecasts) who is directing the son of an acting legend (Hanks, son of Tom). That really is neither here nor there but it is some interesting trivia. The premise here sounds tailor made for a black comedy directed by the likes of the Coen brothers but Cates comes off as a bit inexperienced here.

This kind of material needs a deft touch, one that is light where it needs to be but unfortunately the direction is mostly heavy-handed. We are hit in the face with an anvil rather than tickled gently with a feather. While the former gets our attention initially, it gets old quickly and eventually leaves us numb. The latter may not necessarily be as attention-getting at first but it stays with us longer for far more pleasant reasons.

Hanks is rapidly getting a reputation for playing nice guys with a dark side (as he does in “Mad Men”) and this might be his quintessential role. He resembles his father in many ways but he is much more of a sad sack than Daddy ever was. He isn’t quite the indelible lead man his father is but he has the DNA for it, not to mention that he adds his own stamp.

Graynor is kind of a cut-rate Renee Zellweger in a lot of ways, particularly in her delivery. She’s kind of a skinny Bridget Jones without the accent here. I get the sense she’s emulating the screwball comedies of the ’30s in the way she makes her character sassy and plucky. It’s not really original in any way but she at least captures the essence of the character nicely.

Veteran character actor Tambor plays a detective who is investigating the disappearance of several young girls. Tambor’s laconic delivery is perfect for the role and he always seems to deliver the goods no matter how small the role (and this one is small but memorable indeed). Ann-Margaret is also a welcome addition. In fact, the cast is pretty solid.

The filmmakers seem to be caught between making a screwball comedy and a black comedy and wind up with neither. There are some great moments (as when Lucy has a frank conversation with Ben’s victims) as well as some that could have been. Unfortunately, this is a movie where it felt like each turn it could have made could have gone better if they’d taken a different direction. Chalk it up to inexperience and hope the next one is better.

WHY RENT THIS: Nice performances from Graynor and Tambor. Competent black comedy.

WHY RENT SOMETHING ELSE: Lacks consistency.

FAMILY VALUES: There is some bad language, a bit of violence, some sexuality and a couple of gruesome images.

TRIVIAL PURSUIT: The Hawaii-themed restaurant scene was actually filmed at a zoo exhibit in Omaha.

BOX OFFICE PERFORMANCE: $8,564 on an unreported production budget; no way this made any money.