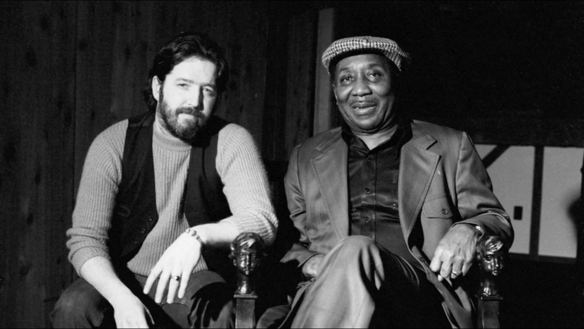 Not many modern music lovers – unless they cherish the blues and blues rock of the 70s – remember the name of Paul Butterfield and if they do, it’s only vaguely. Most have not heard his music. Butterfield was a Chicago bluesman who grew up in Hyde Park, a white enclave surrounded by African-American communities. There were dozens of blues clubs around him growing up and he got hooked on the sound early, trading in the flute that his classical music-loving father wanted him to play for the harmonica.

He would become one of the most influential musicians of his time. His band was integrated at a time when that was not common. He was a protégé of Muddy Waters and Howlin Wolf, who both had the prescience to see that for the blues to grow it had to attract white audiences and in order to do that, white musicians. Butterfield was one of the best of those, even as the blues was taking hold in Britain and British musicians were enthusiastically promoting the American masters who inspired them.

The movie is pretty standard documentary filmmaking, stylistically speaking. There are plenty of interviews with friends, families and musicians although in this case, musicians who actually played with Butterfield and none who were inspired by him. There is a fairly notable lack of contemporary musical figures, although Raitt, Sanborn and Bishop are still active.

The performance footage from Butterfield’s early years and salad days is particularly of interest. He had a well-earned reputation as a blistering performer – bandmates routinely describe him as a “force of nature” and “as intense as it gets.” There’s no substitute for being physically present at a life show of course but the footage gives an idea of how dynamic a performer he truly was. There is also footage from later on his career including some from the last months of his life but they pale in comparison.

Some of the footage is from the ground-breaking Newport Jazz Festival of 1965 in which Bob Dylan famously went electric. Most people don’t know that it was Butterfield and his blues band – which at the time included Elvin Bishop and Howlin Wolf’s rhythm section of drummer Sam Lay and bassist Jerome Arnold – that backed up Dylan at the Festival. While it vastly offended purists who believed folk (and the blues, come to that) should be acoustic music, the genii was out of the bottle. They had influenced rock and roll and now rock was returning the favor.

Butterfield’s decline was as heartbreaking as it was inevitable. He had moved his family to Woodstock, New York (before the famous rock festival) and lived a simple country life with his second wife Kathy and son Lee (he had a son Gabriel from his first marriage) when he was home but that wasn’t often. Butterfield had never been what you would call a consumer of healthy food and years of hard drinking, drug abuse and stress had led to a painful digestive ailment called peritonitis. He essentially ignored it and continued to play and party hard, which led to Kathy and Gabriel leaving him. The disintegration of his family apparently weighed heavily on him. His career took a turn downward as the blues became less popular and as the 70s came to a close receded into the province of being a somewhat cult music rather than a popular one. While it remains vital today, it doesn’t capture the popular imagination as it did in Butterfield’s era.

He died far too young at age 44 of a heroin overdose. His legacy however remains, even if most people are unaware of it. I wish the filmmakers had taken the time to talk to those carrying on that legacy rather than those who were contemporaries; it might have urged more people unfamiliar with his music to give him a try. Those who might be interested should check out his self-titled first album and the second, East-West which also was one of the early shapers of jazz fusion.

At the end of the day, this is not really an essential documentary although I wish it could have been. Truly, this is going to remain a niche film, appealing mainly to fans of Butterfield and of the genre in general. It’s unlikely to convert many new fans which is a shame because the music speaks for itself. I myself am not a particular lover of the blues but I do respect the blues and those who play it well. Butterfield was one of the very best and his music ignites and inspires just as intensely now as it did when he was still alive.

The film is scheduled to play Orlando on November 14 at the Gallery on Avalon Island. For those not willing to wait that long or want to make additional showings, it will also be playing at the Cine-World Film Festival in Sarasota on November 2, 6 and 11 – all at the Burns Court Cinema, one of the two venues for the Festival. Tickets for the Festival can be purchased online here. Click on the same link for further information about the Festival which has an impressive line-up this year.

REASONS TO GO: The performance footage is mind-blowing. Fans of Butterfield and of the blues genre in general will love this.
REASONS TO STAY: This is essentially a niche film.
FAMILY VALUES: There is some profanity and drug references.
TRIVIAL PURSUIT: Butterfield is a member of both the blues and rock and roll Halls of Fame.
CRITICAL MASS: As of 10/26/18: Rotten Tomatoes: 83% positive reviews. Metacritic: No score yet.
COMPARISON SHOPPING: The Howlin Wolf Story – The Secret History of Rock and Roll
FINAL RATING: 7/10
NEXT: Six Days of Darkness begins!