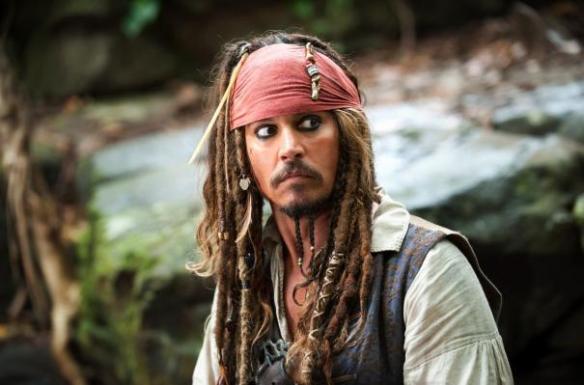 PIRATES OF THE CARIBBEAN: ON STRANGER TIDES

Cap’n Jack Sparrow returns after a five year absence and this time he’s going for the biggest prize of them all – the fabled Fountain of Youth. Many have sought this elusive goal but none have ever succeeded; then again, none of them are Captain Jack Sparrow! He’ll have to traverse treacherous waters to find his treasure this time – waters filled with mermaids, monsters, the British navy and the deadliest pirate of them all – Blackbeard!

(Summit) Mel Gibson, Jodie Foster, Anton Yelchin, Jennifer Lawrence. A family man spirals into a deep depression, forcing his wife to kick him out. Despondent, alone, his life seemingly at rock bottom, he finds a hand puppet in a dumpster – a beaver. Somehow, this puppet allows him to begin to communicate and soon, allows him to become functional again. However as he comes back to life, the question becomes how much the man controls the puppet – or the puppet controls the man.

Rating: PG-13 (for mature thematic material, some disturbing content, sexuality and language including a drug reference)

(Sony Classics) Lubna Azabal, Melissa Desormeaux-Poulin, Maxim Gaudette, Remy Girard. When their mother dies, the contents of her will send a pair of twins on a journey into the past of the woman they thought they knew. Each step of the way changes their perception of her – and of their own place in the world. This French-Canadian co-production was an Oscar nominee for Best Foreign Language Film.

Rating: R (for some strong violence and language)