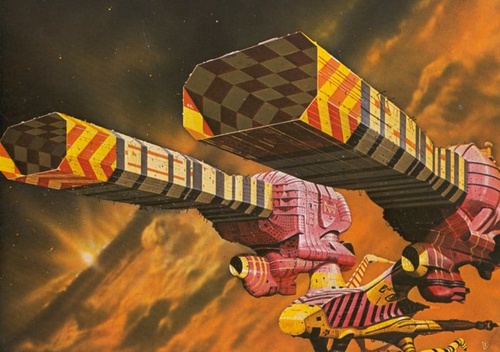 Getting a film made in Hollywood is a treacherous, heartbreaking process. For every movie that makes it to your multiplex, dozens more fall by the wayside, victims of escalating budgets, script issues or studio indifference – or any of a thousand different reasons. Some movies that might have been great just never get beyond the dreams of a filmmaker.

Alejandro Jodorowsky, a Chilean filmmaker, became famous in the early 70s for El Topo and Holy Mountain, a pair of surrealist epics that essentially created the midnight movie market. Both were successes in the United States which, given the modern more pedestrian tastes in movies, seems almost impossible. We did a lot of drugs back then though.

His success was such that French producer Michel Seydoux gave him carte blanche to do whatever project he wished and when asked what he wanted to do, he famously blurted out Dune even though he’d never read the Frank Herbert classic science fiction novel. One of the biggest-selling sci-fi novels of all time, Dune was everything that would seem to guarantee box office success; a rabid following, epic scope, sex, violence, monsters and intelligence. Okay, maybe the latter doesn’t guarantee box office success quite so much.

Jodorowsky set out to assemble a crew of geniuses both in front of the camera and behind it. To set his landscapes and draw up the overall look of the film, he enlisted Jean Giraud, better known as Mobius of the underground science fiction comic magazine Heavy Metal. To design his creatures, he called upon then relatively unknown Swiss artist H.R. Giger who would go on to design the title creatures in Alien. The spaceships would be designed by well-known book cover painter Chris Foss. One of his designs graces this review, above.

For the script he picked up Dan O’Bannon, who at the time had finished Dark Star and would later be known for writing Alien among others. He also added Douglas Turnbull for special effects. Jodorowsky wanted a frame by frame storyboard which he collected in a huge book which eventually became legendary throughout Hollywood.

Jodorowsky was no less eclectic for his choices in front of the screen. For the pivotal role of Duke Leto, he cast David Carradine, then at the height of his fame for Kung Fu. The Machiavellian emperor Shaddam IV would be played by painter Salvador Dali, who wanted to be the highest-paid actor in Hollywood for the privilege, demanding the then-unheard of sum of $100,000 an hour. That was a lot more than the budget that Seydoux had envisioned could tolerate, but he figured out a way around it by asking Jodorowsky how much onscreen time the emperor would get. When Jodorowsky told him three minutes, Seydoux went back to Dali and said “we’ll pay you $100,000 for every minute of time your character is onscreen!” which satisfied Dali.

He also enlisted the great Orson Welles as the corpulent villain Baron Harkonen, promising him that they would secure the services of his favorite French chef to be his personal chef during the shoot. He got Mick Jagger to take the part of Feyd Ruatha after running into him at a party. He cast his son Brontis as Paul Atreides, the Messianic hero of the tale put him through extensive martial arts and sword training – six hours a day for two years. That his son still talks to Jodorowsky today is something of a minor miracle.

The movie was at last ready to shoot. When it came time to get a studio to finance and distribute the movie however, every single one balked. They were concerned with the psychedelic nature of the movie and worried that it wouldn’t recoup its high for its time budget ($15 million). The movie wasn’t just stillborn, it died in the womb.

At 84, Jodorowsky remains lively, engaging and intelligent. He still speaks passionately about the project even though it must have disappointed him terribly that it was never made. Watching him speak about the project and about the events surrounding it is worth the price of admission alone but on top of that we get to see the amazing production art that was created for the film by Mobius, Foss and Giger. Some of the images would go on to influence other films in the genre from Alien to The Terminator to Blade Runner to Prometheus to the David Lynch version of Dune that followed (and that Jodorowsky proclaimed to be “terrible,” with some relief).

If the documentary has some drawbacks, there are at least two. First, the electronic score by Kurt Stenzel is annoying. Yes it sounds like the electronic film music of the 70s and is somewhat appropriate given the subject matter but I found it overly loud and unpleasant, which also signifies that I’m turning into my dad.

Secondly, there is a tendency for artists to be a little bit egotistical which is understandable given the nature of what they do but when you throw in condescending into the mix it becomes like nails on a chalkboard to me. It is art with a capital A to some people and they speak of art as essentially license to do and say as they please because, well, it’s Art. I get that this might well have been an amazing film had it been made but it might just as well have been virtually unwatchable. One of the talking heads (I think it was Faraci, an internet movie critic) mused that the movie business might have been changed forever had Jodorowsky’s version of Dune been made before Star Wars, believing that movie blockbusters would have wound up being more intelligent and more adult in general than they became because of the impact of George Lucas.

It is a bit arrogant to presume anything. It’s possible that this version of Dune could have become as influential and as game-changing as Star Wars  became but let’s be frank here: it’s likely that Star Wars would have been made anyway and even more likely that it would have been as big a hit. The era of the ’70s was already on its way out by the time “A long time ago…in a galaxy far, far away” first crawled across movie screens. The temperature of the nation was changing too. One movie wasn’t going to make a difference in that regard. The movies don’t change America; the movies reflect America. Anyone who believes differently is delusional.

These gripes aside, this is a fascinating look at a movie that never got made. It doesn’t really give us any sort of insight into the film business – this was being made far outside of Hollywood both literally and figuratively. It does give us insight into a madman slash dreamer who had the audacity and the will to chase his vision even though it never made it into the kind of fruition he wanted it to be. Some things are not meant to be but that doesn’t mean we don’t pursue them as far as we can take them. You never know what unexpected tangents may come of the pursuit and that is always worthwhile to find out.

REASONS TO GO: Jodorowsky is a fascinating interview. Production art is stunning. Definitely has some “what if” moments.

REASONS TO STAY: Occasionally gets a bit condescending to its audience.  Annoying soundtrack.

FAMILY VALUES:  A little bit of swearing, some drug references and some violent and/or sexual images.

TRIVIAL PURSUIT: While filming the movie, Seydoux and Jodorowsky reunited and decided to make another movie together. That film, La Danza de la Realidad, was Jodorowsky’s first in 23 years and made its debut at Cannes in the same year as this film.

COMPARISON SHOPPING: The Kid Stays in the Picture