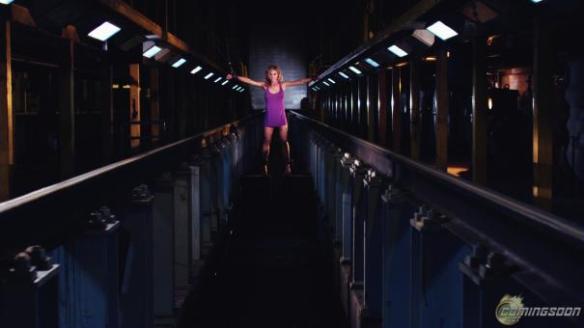 With Jigsaw finally laid to rest, a struggle breaks out over his legacy. A group of survivors of his fiendish traps gather to seek the support of a self-help guru who himself is a survivor of Jigsaw’s machinations, only to discover that the therapist has a dark agenda of his own that threatens to bring Jigsaw’s work to a massive culmination. State of the art technology was used to film this, the final film in the series and the first (and apparently, only) one to be featured in 3D.

Rating: R (for scenes of grisly bloody violence and torture, and language)

(Fox Searchlight) Hilary Swank, Sam Rockwell, Minnie Driver, Melissa Leo. The amazing true story of Betty Ann Waters, who determined to see her brother freed after being unjustly convicted of murder. Despairing that she could not find a lawyer to adequately represent him, she got her GED, graduated college, got a law degree and passed the bar in order to take on his case and get him the fair trial he never received.

Rating: R (for language and some violent images)

(Weinstein) Aaron Johnson, Kristin Scott Thomas, Thomas Sangster, Anne-Marie Duff. Before he was a Beatle, John Lennon was a troubled kid living on the mean streets of Liverpool, being raised by his aunt. This is an account of his adolescence that would influence the man he would become, a man who would change the world through his music.

Rating: R (for language and a scene of sexuality)