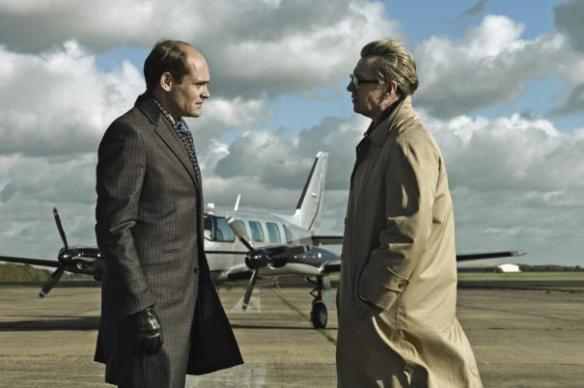 George Smiley is a whip-smart and meticulous spy for MI-6 who had been fired in the wake of a disastrous field mission is secretly re-hired by the government because of concerns that the Soviets have infiltrated the venerable intelligence agency with a mole (did I mention this is set in 1973?) and quickly learns he has a whole list of suspects to choose from. What he doesn’t expect that he’s on that very same list. From the classic Cold War novel from master novelist John Le Carre.

Rating: R (for some violence, sexuality/nudity and language)

(Paramount) Fernanda Andrade, Isabella Rossi, Simon Quarterman, Evan Helmuth. A 911 call in 1989 yields a grisly find; three people dead during the performance of an exorcism. The caller, the possessed person, admits to killing everyone else in the house. She is spirited to a mental institution in Italy where 20 years later her now-grown daughter, wanting to find out what happened that horrible

night, tries to find some answers only to discover that those answers may be more bizarre and terrifying than she realizes.

Rating: R (for disturbing violent content and grisly images, and for language including some sexual references)

(Studio 18) Abhishek Bachchan, Sonam Kapoor, Bipasha Basu, Bobby Deol.  This is an action packed movie based on The Italian Job, complete with Mini-Coopers. There’s not a lot of information out there about it but you can see the trailer and judge for yourself.