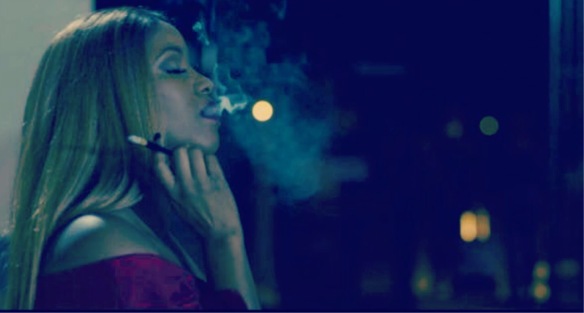 Smoke gets in my eyes.

There’s the United States and then there’s Texas. Texas is on its own planet and they’re very proud of that down in the Lone Star state. It isn’t like anywhere else and that can be a double edged sword.

Tim Bayh (Parker) is an executive at a big Texas oil firm. His boss, Bill Sagle (Eric Roberts), is masterminding the Republican gubernatorial campaign of his nephew Stuart (Mahmoud). When that is derailed by the presence of a sex tape, Bill decides to run Tim as the first African-American candidate in state GOP history.

That turns out to be not such a good idea for Tim, as he is beset on every side, by racists, members of his own community who think he’s selling out, greedy oilmen who want to keep the status quo and then there are the criminals who took down Stuart who have an idea to get another payday out of Tim. He will have to have eyes in the back of his head (and on both sides) if he’s going to make it to the finish line.

The concept is an intriguing one. Texas politics are an entirely different animal and there is definitely room for a great movie here. Sadly, this isn’t it. The script is botched, coming off as a relatively tame movie-of-the-week quality with the tension – which should have been ratcheted up into the red zone – barely discernible, and a feeling that the directors were in a rush to get from one set piece to the next without giving much thought to character development or plot development, for that matter.

Eric Roberts is an Oscar-nominated actor who has had a long and satisfying career. He’s a consummate pro who gives at the very least an entertaining performance and despite some overacting, does so here. You get the feeling that he’s giving his best, but is hamstrung by script problems and frankly, some issues with direction. While both directors are fairly experienced, they seem to have a love for camera movement and there’s a ton of panning and dolly shots which gets to be noticeable at times. You should never notice what the camera is doing; when the camera is in constant motion it takes focus away from what is going on onscreen. Trust your actors and let them be the center of attention.

Chalk this up as a good idea poorly executed. Texas Republicans tend to be the rock-ribbed sort – after all, they are the state that gave us George W. Bush – and to see what having a black front-runner for governor would do to the party would be extremely interesting, but I don’t think the writers did much in the way of research and if they did, it sure doesn’t show in the final product. It’s a shame but I can’t recommend this one.

REASONS TO SEE: Eric Roberts is always entertaining.
REASONS TO AVOID: An interesting concept lacks execution. Stiff acting and a tired plot doom the film.
FAMILY VALUES: Not for the kids; there’s violence, drug use, sexuality, profanity…everything but the kitchen sink.
TRIVIAL PURSUIT: Eliza Roberts, who plays Bill Sagle’s wife, is married in real life to Eric Roberts, the actor who plays him.
BEYOND THE THEATERS: Amazon, Fandango Now, FlixFling, Vudu
CRITICAL MASS: As of 4/4/20: Rotten Tomatoes: No score yet, Metacritic: No score yet
COMPARISON SHOPPING: Miss Sloane
FINAL RATING: 4/10
NEXT: Robin Hood (2018)