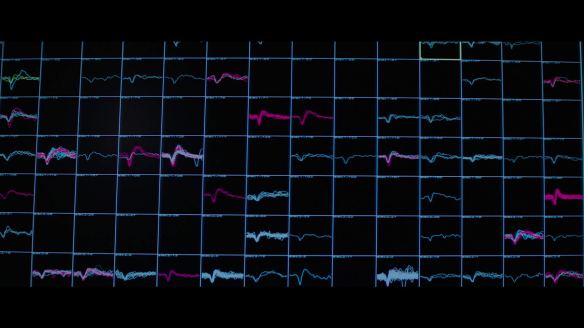 The brain remains the most mysterious organ.

Despite all the issues that beset us from a fractious Presidential election to climate change to the coronavirus, we still manage to live in amazing times. We even may one day soon begin unlocking the secrets of the human brain.

The brain is the most mysterious of organs, one we even now know very little about. We still have a hard time figuring out why things go wrong for some people neurologically, while we’re at a loss of how to treat let alone cure them. It is frustrating for medical professionals who can offer patients little hope of any sort of meaningful life change when their lives have been altered fundamentally.

Bill Kochevar was involved in an accident that left him paralyzed from the chest down. Unable to move his legs or arms, he lived in a 24-hour care facility, using voice commands to lift the curtains or raise the top half of his bed so he could sit up. He agrees to undergo a radical surgical procedure to implant electrodes that would stimulate damaged areas of his brain and reconnect neurons that are no longer working, allowing him to move. Bill’s hope was to one day be able to feed himself.

Anne Shabason is a Parkinson’s disease patient whose life has ground to a halt. Barely able to function due to near-constant tremors, she has had to give up her artwork, and being an active grandmother and mother. She doesn’t even like seeing friends because her smile muscles don’t work right, giving her a stony expression when she attempts to smile. She worries about being a burden to her mega-supportive husband Stan. She is also having electrodes in her brain, undergoing a treatment known as deep brain stimulation, which has only been performed on a handful of patients to mixed results. She hopes she can get the tremors under control so that she can live a relatively normal life.

Stephen Shrubshall had a genetic disorder that didn’t manifest itself until he was an adult, turning his entire world white. He rarely leaves his apartment and his sister Denise Vanier is essentially his sole contact with the outside world. He hasn’t seen his sister’s face in years; he longs to regain the independence he lost when he went blind. Doctors are trying a radically new procedure in which an electrode is placed just in the lens of his eye, and another behind the eye itself. Wearing special glasses with a video camera implanted, technicians tweak the electric flow in order to restore his vision somewhat.

The filmmakers do a good job of making sure that we don’t see these procedures as a panacea, but rather as promising developments. The improvement in the lives of the subjects is considerable but not enough for them to meet their goals. To the credit of the filmmakers, they present their subjects in an even-handed way; in their own way they are courageous, but they are also understandably cautious and skeptical.

At times resembling a Nova episode, sometimes the material gets a little dry. Also, the final third of the film examines potential applications for this kind of technology – the ability to create “superpowers” in ordinary humans, the ability to connect with the Internet without using a device, or to change one’s mood with the aid of a thought-activated interface. If it sounds like science fiction, know that people like Mark Zuckerberg, Elon Musk and Kernel CEO Bryan Johnson are already investing in making this science fiction into science fact.

Some ethicists warn that this kind of technology comes awfully close to the line of playing God, and we know that man’s hubris generally speaking is much more developed than man’s common sense. I don’t know that this is necessarily a brave new world, but like all technological advancements, we will find a way to live with them whether we want to or not.

REASONS TO SEE: Has the feel of a well-done Nova episode.
REASONS TO AVOID: A little bit on the dry side.
FAMILY VALUES: Some of the surgical procedure footage may be a bit much for the squeamish, although there isn’t much blood shown.
TRIVIAL PURSUIT: Kochevar passed away shortly after filming was completed as a result of complications from the injuries of his original accident.
BEYOND THE THEATERS: Amazon, Fandango Now, Google Play, Microsoft, Vudu, YouTube
CRITICAL MASS: As of 3/11/20: Rotten Tomatoes: No score yet, Metacritic: No score yet.
COMPARISON SHOPPING: Icarus
FINAL RATING: 7/10
NEXT: Swallow