(Weinstein) Kurt Russell, Samuel L. Jackson, Jennifer Jason Leigh, Bruce Dern. Quentin Tarantino’s eighth movie opens for the general public after an Academy qualifying run in New York and L.A. starting on Christmas Day. A bounty hunter bringing in a dangerous woman wanted for murder to be hanged in a small Colorado town is caught in a blizzard in a stagecoach stop in the Rockies. There, he finds a number of other characters, most up to no good in typical Tarantino fashion – and all connected in an unexpected way, also in Tarantino fashion. If you love this director’s body of work as I do, you too will be chomping at the bit for this one to arrive. January 8

(Orion) Scott Eastwood, Walton Goggins, Camila Belle, Danny Glover. Westerns have been making something of a comeback of late, and there have been some very good ones hitting both the indie circuit and the big theaters. This one is about a man with a violent past who is provoked when his wife is kidnapped from their home. He goes after them with a vengeance, knowing that he might have to become something terrible in order to save her. Clint’s son does his first Western, and it looks like a good one. January 8 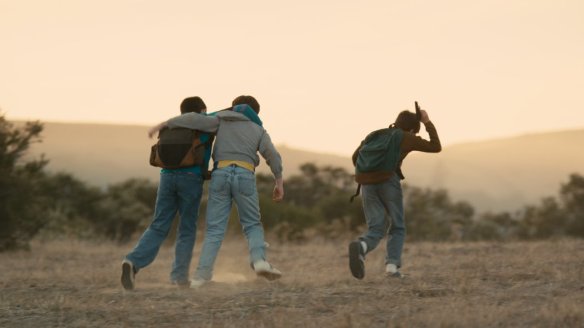 (Monterrey Media) James Franco, Henry Hopper, Steven Wiig, Barry Del Sherman. Set in 1985 in the wilds of Northern California, a mountain lion has been blamed for the disappearance of a young boy. One of his friends, whose parents are in the midst of a break-up, determines to hunt the lion and exact justice for the death of his friend. Out on the festival circuit, this has already been compared to Stand by Me as maybe the finest coming of age film of this generation which is high praise indeed. January 8

The Lady in the Van

(Sony Classics) Maggie Smith, Alex Jennings, Dominic Cooper, Claire Foy. Playwright Alan Bennett gave a transient woman who lived in her broken-down van permission to stay in his driveway for a few weeks while she got the van repaired. That stay turned into fifteen years; this (mostly) true story shows the relationship between the two which grew over the years, and gives the background on the woman much of which Bennett found out only after she passed away. Smith’s performance has been raved about by the British press. January 15

Beauty and the Beast

(Lionsgate) Vincent Cassel, Léa Seydoux, André Dussollier, Eduardo Noriega. This tale as old as time is something of a national treasure in France, where it has been made several times into cinematic gold. This latest version is a sumptuous retelling of the famous fairy tale with Bond girl Seydoux as Beauty and French superstar Cassel as the Beast. Gorgeous sets and eye-popping visual effects make this version, which played in France in 2014, one to keep an eye out for. However, this may end up going direct-to-home video so be warned. January 20

(Vertical) Jai Koutrae, Kendra Appleton, Todd Lasance, Bren Foster. The world is falling apart. Starvation is rampant, and we stand on the brink of nuclear war. Then, in a small town in the middle of America, an asteroid falls, causing a working class man to crash his truck, but strangely he has not a scratch on him. And he begins to build something odd. The world is ending…or is it really beginning? January 22 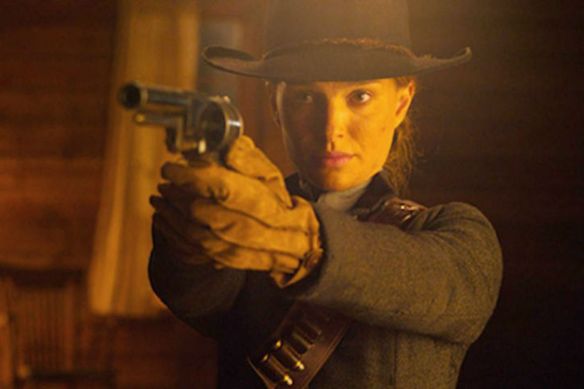 Jane Got a Gun

(Weinstein) Natalie Portman, Joel Edgerton, Ewan McGregor, Noah Emmerich. Actually keeping my fingers crossed that this is at long last finally going to see the light of day. This film, directed by Gavin O’Connor, (Warrior) is about a former bad girl turned good whose family has run afoul of a vicious gang. In desperation, she turns to a gunslinger for help – a gunslinger she once was intimate with. The movie has been completed for something like three years; it has been repeatedly bounced down the schedule and has even changed distributors. The buzz around it had always been very high and with Westerns doing particularly well right now, this might be the right time for it to finally appear on your local art house screen. January 29