A communal meal isn’t always a peaceful one.

When we think of the 70s, what comes to mind is recreational drug use, long hair, bell bottoms, anti-war protests and free love. Although communes still exist, they are more like co-ops these days rather than all of the inhabitants sleeping with each other, although there are some like that to be sure.

Erik (Thomsen) is a somewhat stuffy professor of architecture at a University in Copenhagen. His wife Anna (Dyrholm) is a beautiful news reader working for the national broadcast network. When Erik inherits what is essentially a mansion from his father in a rural suburb of Copenhagen, he initially wants to sell it; their daughter Freja (Hansen) wants to move into it but it is Anna who comes up with the idea they eventually adopt – to invite friends and strangers to move in and create their own commune.

You see, Anna has become somewhat bored in her marriage and wants variety, but as they say, be careful what you wish for. She and Erik invite friends at first like Ole (Ranthe) who has a bit of a temper but soon they are inviting fascinating strangers and before too long there are a dozen or so adults and children living in the commune.

Things go pretty well at first but things begin to lose cohesion. One of the children who has a heart condition (and quite the crush on Freja) is taken to the hospital, scaring the whole community on Christmas Eve. But to make matters worse, Erik falls in love with Emma (Newmann), one of his students and invites her to join the Commune. At first, Anna is pretty sanguine about the whole situation but she begins to crack and soon the tension in the Commune becomes nearly unbearable.

I’m not so sure this is an indictment of free love and the sexual politics of the 70s as it is more or less simply presenting the pros and cons. In all honesty most of the couples in the commune stay fairly faithful to one another with the exception of Erik – and it must be said that Anna paved the way for that in many ways. Judging Erik by standards that are 40 years after the period depicted here isn’t really fair but by our standards he’s quite the jerk.

The performances here are top-notch; most of the actors are not well-known in the U.S. with the exception of Fares and to a lesser extent Thomsen. The prize though goes to Dyrholm who goes from a strong and confident woman to an absolute mess by the end of the film. Badly shaken not so much by Erik’s infidelity – I think she could have handled an affair so long as Erik still loved her but once it became a case where Erik loved Emma and not Anna she was absolutely destroyed.

The director manages to get the era right between the colloquialisms, the products and the overall attitude. The cinematography is a little bit on the washed out side for exterior day shots (and underlit for night shots both inside and out) which also gives the film a look of a film made in that era.

Despite the pathos and drama (and there’s a lot of the latter) there is some comedy as well that comes up at unexpected times. The Danish have a very quirky sense of humor and it shows here when its needed. What’s not needed is some of the pretentious dialogue – and I realize back in that decade people tended to talk like walking manifestos – and especially the soap opera aspects of the film which are also many. That detracts from a film which most of the rest of the way is serious and fascinating.

Still, human relationships are tricky things whether you’re talking about the 70s or the 2010s. We are complicated little monkeys and we do things sometimes that make no logical sense. It is said that being alone is perfection – you make all your decisions and do as you please when you please. Two is a compromise and three is a disaster. The more people you put at the same table, the more complex things get.

Vinterberg has some really great films to his credit including one of my all time Florida Film Festival favorites The Hunt. This is another strong movie on his filmography and he continues to be a director who hasn’t yet really gotten the credit he deserves here in the States. Then again, he hasn’t done a lot of English language films yet and I’m not sure he needs to. Still, he’s one of those directors whose name on the credits means I’m instantly interested in seeing his film. There are not many about whom I can say that.

REASONS TO GO: The sexual politics are captured nicely. The film is very evocative of its era. Thought-provoking, the movie manages to get in a little bit of comedy as well. The performances are strong all around.
REASONS TO STAY: Pretentious in places, the movie sinks into soap opera a little too much.
FAMILY VALUES: Here you’ll find nudity, sexuality and profanity.
TRIVIAL PURSUIT: The movie is based on a play Vinterberg wrote about his own experiences as a child growing up in a commune.
BEYOND THE THEATERS: Amazon, Fandango Now, Google Play, iTunes, Vudu, YouTube
CRITICAL MASS: As of 8/2/17: Rotten Tomatoes: 72% positive reviews. Metacritic: 60/100.
COMPARISON SHOPPING: The Overnight
>FINAL RATING: 8/10
NEXT: Lady Macbeth

Guardians of the Galaxy Vol. 2

(Disney/Marvel) Chris Pratt, Zoe Saldana, Dave Bautista, Kurt Russell. The misfits who saved the Galaxy are on yet another quest to save it again. They’ll be picking up some new members in Moondragon as well as old foes Nebula and Yondu. This time they’ll be setting up the next Avengers film as they meet up with Star Lord’s dad – Ego, the Living Planet – and try to foil the ambitions of Thanos who seeks the Infinity Gems for a gantlet that will allow him to rule the Galaxy. May 5

(Grasshopper) Khalid, Subhi, Mahmoud. Three men who founded the White Helmets of Aleppo live day to day in a city under siege. An organization created to save lives and bring hope to a city where there is little of that, the men fight their own worst fears and heartaches to give meaning to their struggle and create examples for their children. This won Best Documentary at this year’s Sundance Film Festival. May 3 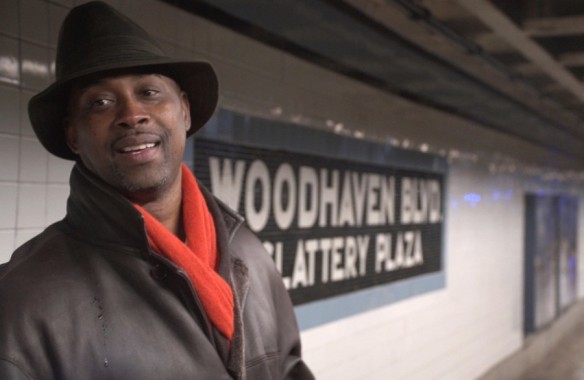 (Abramorama) Kenny Anderson, Deidre “Spindarella” Roper, Bobby Hurley, Nate Archibald. Ten years after retiring from a stellar pro basketball career, Anderson has made life a party of drugs, alcohol and sex. Still reeling from the death of his mother, he loses a cherished coaching position and finds that in order to move forward he’s going to have to face his own demons for the first time in his life. May 3

(Strand) Valeria Bruni Tedeschi, Micaela Ramazzotti, Valentina Carnelutti, Sergio Albelli. Donatella and Beatrice both reside in a psychiatric facility in Tuscany for mentally disturbed women. They are both there for entirely different reasons but still they become fast friends. During an educational outing, they are presented an opportunity to escape custody and they take it, beginning an adventure that will take them on a road trip that will disclose their past and realize the beauty in imperfection which could potentially change their lives forever. May 5 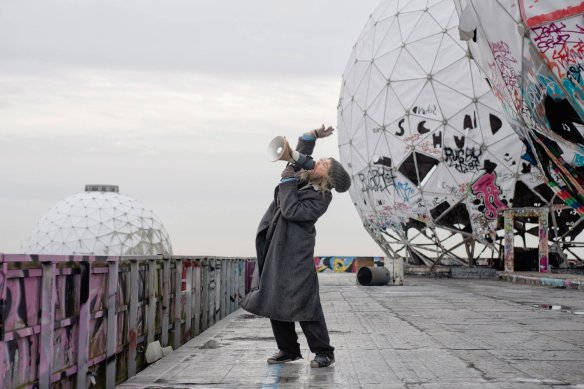 (Roadside Attractions/Amazon) Aaron Taylor-Johnson, John Cena, Laith Nakli, Spencer Thomas. A sniper pins two American soldiers with a crumbling wall between them. As they soon discover, it’s not just war…to the sniper, it is a deadly game. Doug Liman (The Bourne Identity, Edge of Tomorrow) has concocted an edge of the seat thriller in a wartime setting. May 12

(IFC) Bryan Cranston, Jennifer Garson, Jason O’Mara, Beverly D’Angelo. Howard Wakefield was a responsible husband, loving father and successful lawyer living in a beautiful house in the suburbs. He’s everything he’s supposed to be – until he suffers a nervous breakdown and decides to see what would happen to his family if he removed himself from their lives. He lives in his attic, observing his family and as the days stretch out into months it becomes harder and harder for him to return to the life he once knew, even though he may want to.  May 19 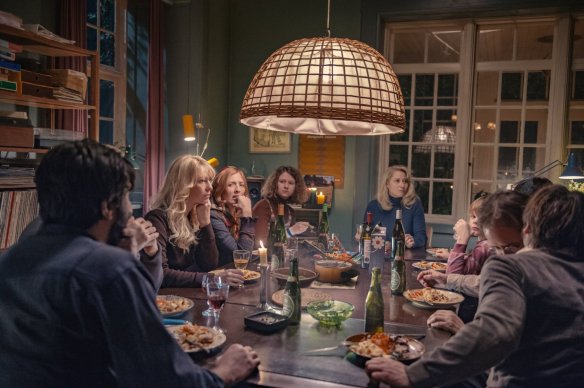 (Magnolia) Trine Dyrhholm, Fares Fares, Ulrich Thomsen, Julie Agnete Vang. In the 1970s a group of Danish young people gather in a commune to explore free love and communal living. At first, it’s a gas and the vibe is perfect but as time goes on they begin to clash and the solidarity that existed between them evaporates. This is a new film from Thomas Vinterberg who helmed The Hunt (one of my all-time favorite Florida Film Festival entries) and like that film played at the Florida Film Festival only this year other than a few years back. May 19 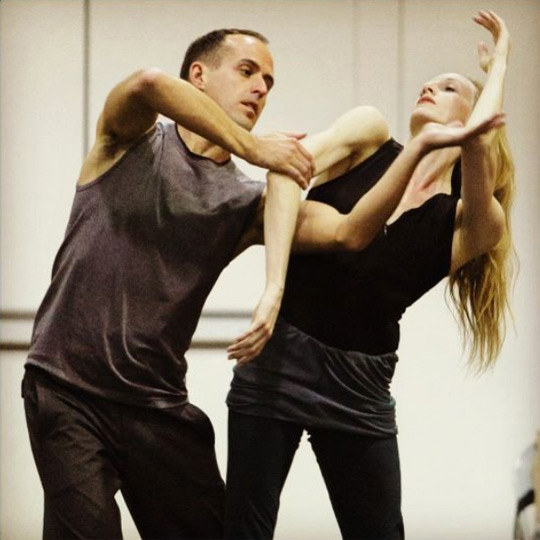 (Abramorama) Wendy Whelan, Kyle Abraham, Joshua Beamish, Bryan Brooks. Wendy Whelan is one of the most celebrated ballerinas in the history of American ballet. No single artist has had more ballets written specifically for them than her. However at age 47, she must fight an entirely new battle – against the perceptions of her age and her own injured body. May 24 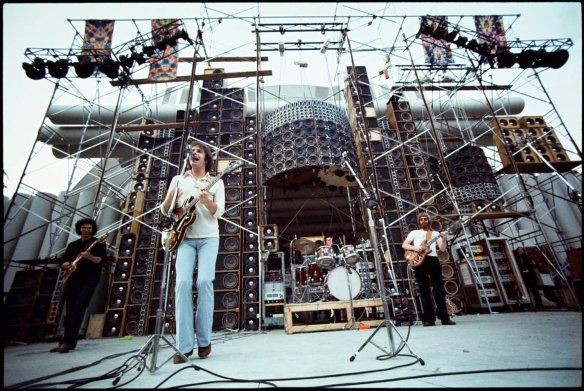 (Amazon Studios) Jerry Garcia, Bob Weir, Mickey Hart, Bill Kreutzmann. Although there have been many concert films of the Grateful Dead, there really hasn’t been a comprehensive documentary about the band – until now. Executive produced by Martin Scorsese, the film will get a brief theatrical run before debuting on the Amazon Prime service on June 2. May 26