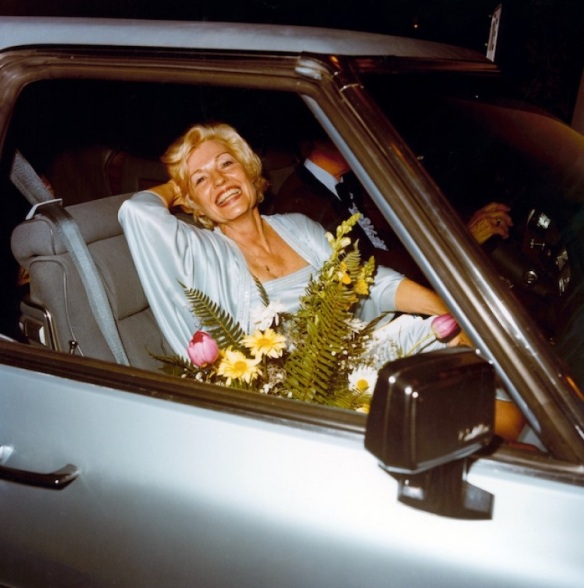 Back in the day, the residents of South Beach really knew how to have a good time.

In the years after World War II, the city of Miami went through what would have to be termed a major renaissance. The beautiful beaches, warm weather and the presence of brand spanking new air-conditioned hotels became irresistible to those from the Northeast who endured harsh winters. Many of them, close to retirement age, decided that Miami would be a fine place to live. There were plenty of old art deco hotels in the South Beach area that had been converted to apartments; rents were dirt cheap. South Beach became a largely Jewish community, termed by residents as a stetl, a small but vibrant settlement.

Andy Sweet was a Miami native, the son of a prominent Miami judge whose family had helped develop the big beach side hotels that brought in a vibrant nightlife (Miami was the second home of the Rat Pack and most of the big names in Vegas played there regularly. Jackie Gleason hosted a variety show from there back in the day.

Along with his good friend Gary Monroe, the two young photographers set out to capture the South Beach community. Most of the residents were getting on in age; many of them were Holocaust survivors. Dubbed the Miami Beach Project, Sweet and Monroe proposed a ten year involvement, recording the residents and places that made South Beach so unique.

The two couldn’t have had more different styles. Monroe preferred black and white as a medium; his pictures were largely posed and had a more somber quality to them. Sweet preferred a much more spontaneous approach; his photos nearly exploded with color capturing not only the moment but the personalities of the people in them. Although many of the subjects posed for Sweet, he managed to get a more casual look as if capturing them in the act of being themselves.

Sweet wouldn’t live to see the project through to completion. A mere five years in to the project, Sweet was brutally murdered in 1982 at the age of 28, found stabbed 29 times in his apartment in what was conjectured to have been a drug deal gone terribly wrong. Miami was already changing drastically when Sweet died; a huge influx of Latin (mainly Cuban) immigrants began to change the culture of Miami and on the flip side, became the center of the cocaine trade at about the same time leading to an exponential increase in violence. Although Monroe went on to complete the project alone, by the time he did most of the Jewish residents were already gone, having moved to places like Fort Lauderdale and Boynton Beach where rents were more reasonable. These days South Beach is the center for nightlife in Miami, where the young and famous go to be seen.

While there are plenty of talking head interviews with Monroe and Sweet’s sister Ellen as well as a few people who knew him or of him (director Kelly Reichardt is one) which generally speaking can be terribly irritating, it is the photographs that Sweet took that takes center stage. They very nearly didn’t.

After Sweet’s death, his family was too distraught to even look at his photographs and put his negatives in storage. When Monroe broached the subject of putting together a retrospective of his partner’s work only three months after Sweet’s death, his family was infuriated and this led to an estrangement between Monroe and Sweet’s family that lasted for decades. In the meantime, the storage company charged with keeping Sweet’s negatives inexplicably lost them during a move. They have to this day not been recovered.

Fortunately, his sister’s partner Stan Hughes found several boxes of work prints while emptying a family storage unit. Hughes is something of a digital photography expert and although the prints were badly faded with time, he was able to start the restoration process, restoring the pictures to their original color vibrancy.

]The movie is not only a pictorial history of the evolution of South Beach but also a love letter to a man whose career was cut far too short. His work speaks for itself and we are fortunate to have the opportunity to see them. The pictures may sometimes have resembled vacation snapshots of happy seniors dancing, flirting, sunning themselves or porch-sitting but every one of them captured so much more than a moment.

REASONS TO SEE: The photographs really have character. A very interesting chronicle of the evolution of Miami’s South Beach.
REASONS TO AVOID: This is definitely a niche film.
FAMILY VALUES: There is some mild profanity.
TRIVIAL PURSUIT: Sweet did a series of city government employees shortly before his death. One of the subjects turned out to be the police detective who would investigate his murder.
CRITICAL MASS: As of 2/16/19: Rotten Tomatoes: 100% positive reviews: Metacritic: 74/100.
COMPARISON SHOPPING: Smash His Camera
FINAL RATING: 7/10
NEXT: Patrick