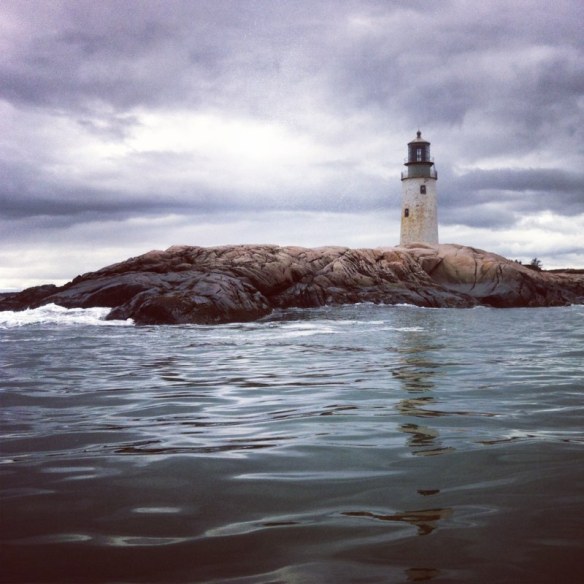 The loneliness of the lighthouse.

The lighthouse exists to warn sailors away from rocky shores. These days, radar, GPS navigation and other aids have largely relegated lighthouses obsolete but back in the late 19th century, they were a necessity; at night, ships wouldn’t be able to see where the sea ended and the coastline began and without these beacons they would wreck.

Being a lighthouse keeper was a prestigious and honorable job, a task to be performed by a man. However, there were approximately 300 women known to have performed the duties of a lighthouse keeper, many known only through the logbook entries they made. Abbie Moore (Fae) is taking care of the lighthouse that was entrusted to her husband who has been confined to his bed by some unnamed malady. One day a sailor washes ashore, a Swede named Johan (Reini).

At first he is more of a nuisance than anything else. There are no reports of any wrecks, although he claims that his ship went down. Brackett (Kelly), a local official, asks if ne’er do well named Eaton (Fazio) can help out around the lighthouse but Abbie is adamant that she needs no help. Her husband will recover shortly and she is handling the duties capably on her own. It doesn’t take long however for secrets to unravel not only Abbie’s tenuous hold on her position, but also Johan’s story as well. With a pair of inspectors (Conroy, Stevens) soon to come out to make sure that the lighthouse is in tip top condition and that the logs have been adequately kept, Abbie must find the strength to not only keep the house, the light and her husband’s health but to head off challenges from the drunken Eaton.

Fae puts on a clinic of camera composition. Every shot here is literally a work of art; this movie is like strolling through a museum where one great painting after another hangs on the wall. The lighting is also amazing; Fae utilized the light of the lighthouse itself in brilliant fashion, making a changing palate of light and shadows during one sensual scene in the film. While this is her first feature film (she’s also done short films) she is primarily known for her stage plays. With work like this, I sincerely hope Ms. Fae continues her work in the cinematic arts.

Fae has tended to write about women who, as the press notes put it, have been written out of the pages of history. While Abbie is not based on a specific lighthouse keeper, she is a composite character whose personality was created from the diaries, journals and letters of actual women lighthouse keepers of the period. Abbie’s strength and work ethic are admirable but Fae gives the character an inner core that is stronger than steel and grabs the viewer’s attention and admiration. She may be one of the most memorable female characters you’ll see in any movie this year and you certainly won’t be forgetting any time soon after the credits roll.

The movie does amble along at a fairly deliberate pace which might not be suitable for a 21st century ADHD audience but the pacing serves the atmosphere nicely. The time and place – 1876 Maine – is nicely recreated here, although I can’t really testify to its authenticity much, taking place more than 80 years before I was born. The ending isn’t clever or cute, but its sensible and welcome, putting a grace note on a movie that has plenty of them. If there is one movie you see at the 2016 Florida Film Festival, this one is the one I’d recommend in a year that the offerings are particularly strong. It also has a feminist tone which seems to be a theme at the FFF this year, which I also find pleasing. For those who think women aren’t suited temperamentally for the director’s chair (and hopefully none of those read this blog) I would point them in the direction in this film, which is an early candidate for my top films of 2016.

REASONS TO GO: Beautiful cinematography and composition. Strong character performance by Fae. Wonderful use of color and light.
REASONS TO STAY: A little bit slow.
FAMILY VALUES: Some sensuality and a gruesome image.
TRIVIAL PURSUIT: Erica Fae’s birth name is Erica Stuart.
CRITICAL MASS: As of 4/9/16: Rotten Tomatoes: No score found. Metacritic: No score found.
COMPARISON SHOPPING: The Piano
FINAL RATING: 9.5/10
NEXT: The Other Kids