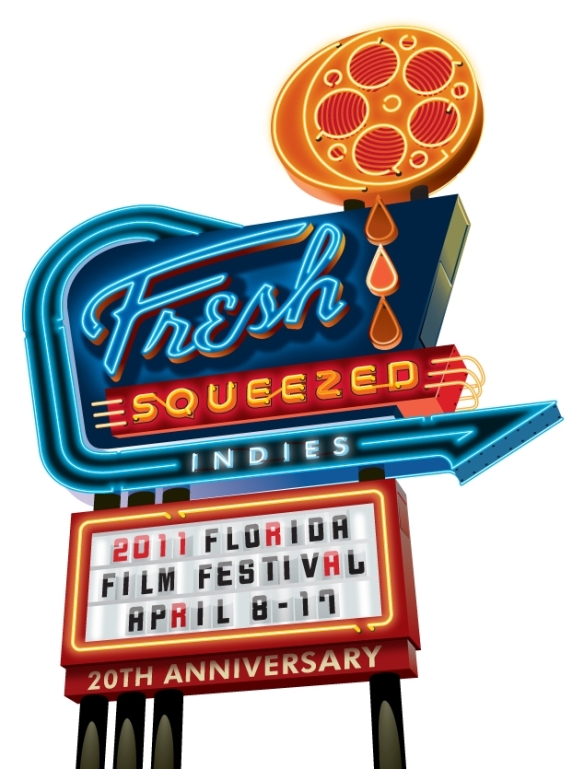 As many of you know, I’m a huge supporter of the Florida Film Festival which takes place every year here in Orlando. Presented by the Enzian Theater (a non-profit group dedicated to bringing independent and foreign cinema to the people of Central Florida), it is an event like no other. It is not about deal making and studios finding the next hot indie property; it is about ordinary filmgoers rubbing elbows with filmmakers and fellow filmgoers. In other words, it’s as friendly and interactive a film festival as there is in the United States.

I was fortunate enough to receive press credentials for the Festival and can share with you some of the wonderful and amazing films that will be presented at this year’s event, the 20th anniversary film festival. The theme this year is Florida, a tribute to the state that the Festival is being held in and noted critic Scott Foundas of Variety will be curating a series of films inspired by, made in or created by Florida and Florida-based filmmakers. Included in the series is River of Grass, Ruby in Paradise and A Beautiful Belly. The festival kicks of on April 8 with the screening of Project Nim, the latest documentary from filmmaker James Marsh, the Oscar-winning filmmaker of Man on Wire.

Da Queen and I will be attending screenings of Incendies (a 2011 Oscar nominee for Best Foreign Language Film), Potiche (a French comedy starring Catherine Deneuve and Gerard Depardieu) and Troll Hunter, a Norwegian film that looks absolutely breathtaking. We will also be attending a variety of other films and events to be announced as time goes by. We will also be reviewing a variety of other films as well, including Fannie, Annie and Danny (whose filmmaker Chris Brown and lead actress Jill Pixley we’re hoping to interview at the Festival).

For those attending, there are some really awesome films not mentioned above that are going to be at the Festival and that we hope we’ll get a chance to see, including Meek’s Cutoff (a new kind of Western), Holy War (a contraversial documentary), Hesher (a slacker comedy), Hamill (the true story of a deaf MMA fighter), Kinyarwanda (set in the Rwandan genocide), Super (A DIY superhero film), Terri (a coming of age film about an overweight teen desperately trying to fit in) and Bobby Fischer Against the World, a look at the late chess prodigy.

Expect surprise guests and more news in the weeks to come. If you live in the Orlando area or are planning to visit, the Festival runs April 8 through April 17 and will screen over 160 films and shorts during the duration of the Festival. Tickets are onsale now, both in packages (starting as low as $40) and for individual films (usually $10 for most films, although there are several free events throughout the Festival).

If you’ve never attended a Film Festival, this is the one to go to. It’s laid back, friendly and full of really impressive movies ro see. For more information or to purchase tickets, go here. Look for a full slate of reviews, sometimes more than one a day (heavens! a change in site policy – can anarchy be far behind?) when the mood is right. Hope to see you all there!