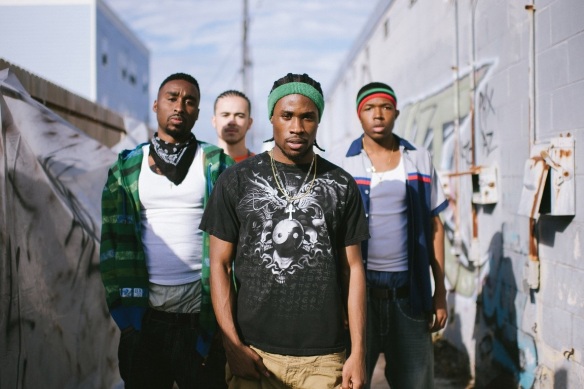 With the Regal and AMC chains opening their doors in most cities starting this weekend (including here in Orlando), there is reason for movie buffs to celebrate. Not all cinemaphiles feel comfortable going to theaters yet, but with the Florida Film Festival closing out their Enzian Theater run this Friday, it looks a little bit more like normal, although of course things are far from that. While most of the offerings in theaters will be classic movies, or films like Bloodshot and Trolls World Tour that never got a theatrical run or never got their full theatrical run. There are a handful of independent films making their debut as well, including the anticipated Train to Busan sequel Peninsula as well as Cut Throat City (pictured above), Words on a Bathroom Wall and Tulsa, among others.

The major studios will get back into the mix next week with the much-delayed Disney/fFox Marvel entry The New Mutants and then in ernest on Labor Day weekend, when the much-anticipated Tenet will finally get its American premiere (it will be playing in other countries around the world, including China starting next week) but it will be the first week of September that we here at Cinema365 headquarters anticipate that the weekly preview feature will resume. It will be an abbreviated version at first – covering only films opening locally here in Orlando, at least for September, and maybe longer until things get a little bit more normalized. The monthly preview feature Pick of the Litter will likely not return until October or even later depending on whether theaters are able to remain open.

Currently scheduled for September openings from a major studio standpoint in addition to Tenet are Bill and Ted Face the Music (September 1), The King’s Man (September 18) and Greenland (September 25). Disney+ will be making the big-budget live-action Mulan available for a fairly hefty upcharge next week, while Lionsgate will be making their horror film Antebellum available on premium VOD as of September 18. If theaters look like they’ll continue to remain open in October, I’ll run a brief summary of major studio releases as a means of helping theatergoers plan their month. However, considering how unpredictable this virus has been, theatrical release plans remain extremely fluid, to say the least.

You can continue to check the Coming Soon pages for information as to what is coming out that month along with trailers (when available). It is an understatement to say that it has been hectic and considerable effort to try and keep up with all the scheduling changes and I’m pretty sure that I haven’t been entirely successful. Please, if you see something that you are aware that is incorrect, please bring it to my attention either in the comments section here, or by directly e-mailing me at cinema365@live.com. Thanks for your patience throughout this crisis and I hope you continue to stay healthy and safe in these troubling times.