Luc Besson is often called a visionary filmmaker, mainly for his watershed 90s sci-fi epic The Fifth Element. Besson was heavily influenced by the French comic book Valerian and Laureline which also seems to have been influenced by the iconic French magazine Heavy Metal. He hasn’t attempted a sci-fi tale on the same grand scale up until now however.

Two agents – Valerian (DeHaan) and Laureline (Delevingne) – are hard at work in the gigantic multi-species space station/city known as Alpha (which began life as the International Space Station – try to keep up). This intergalactic symbol of peaceful co-existence is being destroyed from the inside out and seems to be linked to the destruction of a paradise-like planet centuries earlier. Valerian and Laureline who have a nascent romance going (mostly in Valerian’s head) must navigate a variety of exotic alien races and cultures along with a conspiracy of far-reaching dimensions in order to save Alpha and quite possibly the universe.

Sounds like a simple enough movie but trust me this is only a bare scratching of the surface. The plot is somewhat convoluted and is confusing as all get out until late in the game. Because this is a two hour-plus movie lots of frustrated viewers will have ceased caring much by the time things become clear.

At least there will be some breathtaking visuals to keep them entertained through the confusion. Besson has always been a particularly visual director and he is in his (fifth) element here. The mainly computer-generated images are massive in scope and detail. Those who have seen the trailers for this thing and ended up plunking their hard-earned dollars at the box office were no doubt taken as I was by the gorgeous visuals.

But in all honesty there really is little beyond that to recommend the film. There is almost zero chemistry between Delevingne and DeHaan and both seem to be terribly unsuited for their roles. The comic book this is based on has Valerian as a raven-haired badass while Laureline is a buxom beauty with flowing, flaming red hair. Certainly I’m not against a filmmaker eschewing slavish devotion to source material visuals but the whole scope of the characters change from four color printed page to celluloid and that seems to be kind of a waste of good material.

This was one of the biggest disappointments of the past summer for me, and that’s saying something considering how many underwhelming blockbusters there were this year. I had high hopes that Besson would be able to shepherd this largely unknown in the U.S. source material into a big time franchise but alas it was not to be. Clunky dialogue and weak performances doomed this with critics and the lack of big names doomed it with American audiences. The movie so badly under-performed that it caused a major executive shake-up at the studio that made it. Considering that Valerian and Laureline have influenced a lot of the big budget sci-fi films of the past fifty years (including the original Star Wars) it’s a shame that it didn’t get a better movie to represent it.

REASONS TO GO: The special effects are amazing. There is a great deal of imagination displayed throughout.
REASONS TO STAY: There is little chemistry between DeHaan and Delevingne. The movie is a bit too convoluted and a little too long.
FAMILY VALUES: There is some mild profanity as well as plenty of sci-fi violence and even a bit of slightly suggestive material.
TRIVIAL PURSUIT: With a budget of $210 million U.S. this is the most expensive film ever made in France – to date.
BEYOND THE THEATERS: Amazon, Fandango Now, Google Play, iTunes, Vudu, YouTube
CRITICAL MASS: As of 12/11/17: Rotten Tomatoes: 49% positive reviews. Metacritic: 51/100.
COMPARISON SHOPPING: The Fifth Element
FINAL RATING: 5/10
NEXT: Love and Saucers

The war was going badly. British forces in Europe had been driven by the Nazi war machine back to the English Channel. The Germans prepared to deal a death blow to the British military and consolidate their power in Europe. With their backs to the sea and enemy forces closing in, hundreds of thousands of British troops prayed for a miracle within sight of home in a place called Dunkirk.

See the trailer, a featurette and premiere footage here.
For more on the movie this is the website.
Release Formats: Standard, IMAX
Genre: War
Now Playing: Wide Release
Rating: PG-13 (for intense war experience and some language)

(Neon) Suki Waterhouse, Jason Momoa, Keanu Reeves, Jim Carrey. A young woman is unceremoniously dumped into a Texas wasteland infested with cannibals. It won’t be a matter of good or evil – it will be a matter of survival. The latest from director Ana Lily Amirpour is very different than her breakout hit A Girl Walks Home Alone at Night.

See the trailer and clips here.
For more on the movie this is the website.
Release Formats: Standard
Genre: Sci-Fi Horror
Now Playing: Enzian Theater
Rating: R (for violence, language, some drug content and brief nudity)

(Universal) Regina Hall, Queen Latifah, Jada Pinkett Smith, Tiffany Haddish. Four lifelong friends who are starting to feel their youth slipping away decide to take a girls-only road trip to New Orleans for the Essence Festival. The ladies are determined to cut loose in an epic weekend of partying, dancing, drinking, brawling and debauchery. Either they’ll find their groove or go to jail; maybe both.

Valerian and the City of a Thousand Planets

(EuropaCorp/STX) Dane DeHaan, Cara Delevingne, Clive Owen, Ethan Hawke. Visionary director Luc Besson (The Fifth Element) adapts the acclaimed French graphic novel into a live-action visual masterpiece. Valerian and Laureline are a team of agents charged with maintaining order in a sprawling Galactic federation. They are summoned to Alpha, a vast city where the various species of the universe co-exist, sharing knowledge and culture. Someone is threatening Alpha with annihilation which could plunge the Galaxy into a crippling civil war and it is up to Valerian and Laureline to save it. 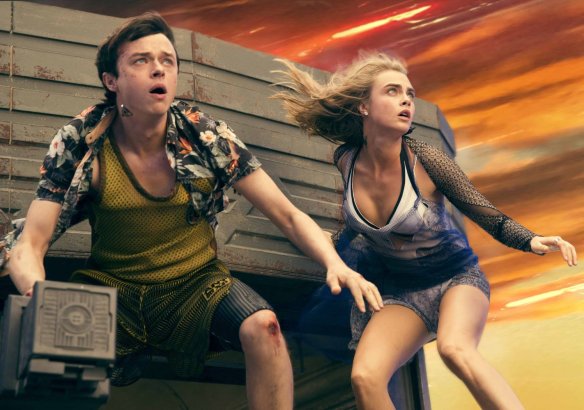 Valerian and the City of a Thousand Planets

(EuropaCorp/STX) Dane DeHaan, Cara Delevingne, Clive Owen, Ethan Hawke. Based on the landmark graphic novel and brought to life by French director Luc Besson, this movie follows the exploits of Valerian and his partner in crime Laureline who are tasked with the assignment of protecting Alpha, an amazing city where thousands of sentient beings gather to share technologies, cultures and knowledge with one another. It is truly a city of peace but it has become threatened by an unknown force and it is up to the two agents to not only discover who the threat is coming from but head it off before the galaxy is plunged into an all-encompassing war. July 21

(IFC/Amazon) Matthew Heineman. From the director of Cartel Land comes this extraordinary documentary which chronicles the attempts of citizen journalists in the occupied city of Raqqa who attempt to call attention of the world to the horrors being inflicted upon them by ISIS. Even when they leave their home, these courageous chroniclers are not safe. It’s a truly sobering look at the human toll of religious fanaticism. July 7 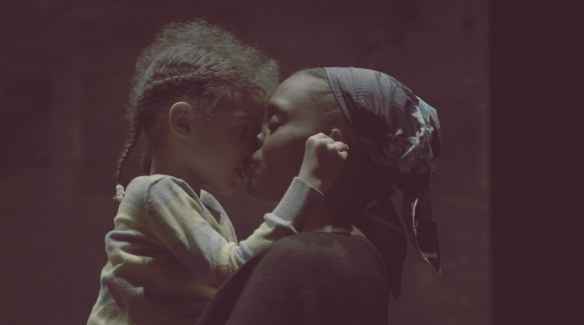 (Grasshopper) Okwui Okpokwasili. This is a documentary account of performance artist Okpokwasili and her preparation and execution of the riveting and controversial piece Bronx Gothic. Attempting to bring the plight of black women to audiences who don’t understand it, Okpokwasili put her own body on the line night after night to make the pain of the black woman real. July 12 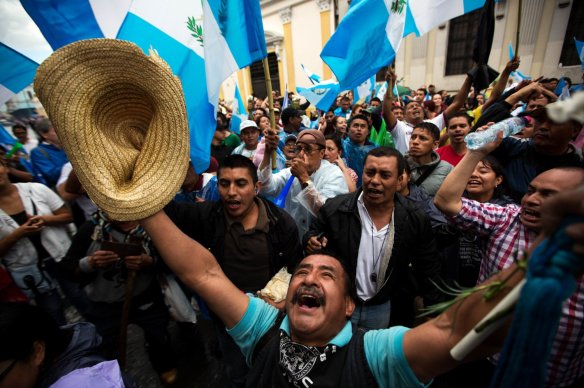 (Paladin) Pamela Yates. The Mayans built an amazing civilization on the Yucatan Peninsula. Their descendants however faced extraordinary deprivation under Guatemalan President Jose Luis Rios Montt. Against all odds, the Mayan people stood up against his tyranny and against the violence being inflicted upon him and brought the dictator to trial. This is the amazing story about how an ancient people found their voice again. July 12

(Abramorama) Civia Tamarkin. It is no secret that abortion is an explosive topic of conversation in our country. Many women thought their rights to choose were protected thanks to Roe v. Wade but it has become clear in this era of conservative activism that is no longer true. Draconian laws have been enacted at the state and local level that have become so intrusive into the lives and reproduction of women that even some conservatives are uncomfortable. This documentary exposes the human cost of the Right to Life and the hypocrisy behind it. July 14

(Netflix) Andrew Ackerman, Mark Eakin, Luiz A. Rocha, Joanie Kleypas. From the team that brought us the sobering melting ice cap documentary Chasing Ice comes this new film that looks at the coral reefs, a vital part of the ocean’s ecosystem. The world’s coral reefs have been dying at a terrifying rate, including the Great Barrier Reef, the oldest living thing on the planet. All hope is not lost but time is running out and action is required. July 14

(Film Movement) Marthe Keller, Max Riemett, Bruno Ganz, Corinna Kirchhoff. Master Director Barbet Schroeder brings us this tale of memory and loss. A DJ in a club called Amnesia in Ibiza is mesmerized by a lonely woman who comes to the club every night. He befriends her and as she slowly lets him in, she begins to reveal the past she has been trying to forget – only now she is trying to make peace with it. July 21

(Sony Classics) Kyle Mooney, Claire Danes, Mark Hamill, Greg Kinnear. A strange and magical children’s television show, The Adventures of Brigsby Bear, has an audience of one – James. When the show ends abruptly, he finds that he cannot accept that his beloved show is gone. Therefore he decides to finish the show himself and maybe define himself in the process. It looks to have a bit of a Michel Gondry influence judging on the trailer. July 28