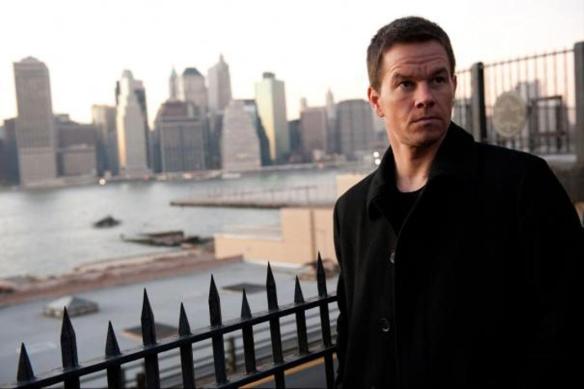 Wahlberg turns away from the corruption of the Broken City.

Honesty and politics don’t mix in modern America. The rule is that most politicians will do just about anything to win, stopping short of murder. Some don’t even stop there.

Billy Taggart (Wahlberg) is a New York City cop but one with anger issues. When a lowlife who raped and murdered a teen is released on a technicality, he snaps and murders the scumbag in cold blood. Police commissioner Carl Fairbanks (Wright) wants to throw his detective to the woods but then New York City Mayor Hostetler (Crowe) buries the evidence and tells Taggart he’s a hero. However, while Billy won’t be going to jail even the Mayor can’t protect his job under those circumstances.

Seven years later, Billy is working as a private investigator but his business is failing. While his loyal assistant Katy Bradshaw (Tal) hangs in there, Billy knows he can’t survive much longer. However apparently coming to his rescue, Mayor Hostetler comes to Billy with an assignment; to follow Hizzonor’s wife Cathleen (Zeta-Jones) and find out if she’s having an affair or not. The Mayor is in the middle of a vicious campaign for re-election and he can’t afford the hint of a scandal to get out; it’s something his opponent Jack Valliant (Pepper) and his canny manager Paul Andrews (Chandler) would make a great deal of hay from.

Billy is more than happy and grateful to take a paying job, even when it leads to Cathleen’s lover – none other than Paul Andrews himself. But when Andrews turns up dead, Billy realizes he’s in way over his head and that someone in this equation is hiding something, something they’re willing to kill to keep hidden. Not knowing who to trust and fighting his own demons – alcohol and jealousy of his girlfriend (Martinez), an aspiring actress – it’s going to be no easy thing to fix this broken city.

This originally saw the light of day on the Black List of unproduced scripts. Hughes snapped it up and sent it out to some Hollywood A-listers and both Wahlberg and Crowe jumped at the chance to work on the project. The first clue though that things didn’t turn out so well was when the studio scheduled the film to premiere in January 2013. January is the graveyard for movies; few films of any quality surface during the first month of the year when Oscar contenders and Holiday blockbusters take up most of the screens at the multiplex.

But seeing this made me wonder how the script could have wound up on the Black List considering just how poorly written the movie is. Plot points are explored and then abandoned. Holes in logic abound. Dialogue that doesn’t sound like real people talking. And lest we forget, a ludicrous ending.

Fortunately the movie has some pretty good actors who are playing this (mostly) with straight faces. Wahlberg can play this kind of part without working up much of a sweat and yet he gives it his earnest best. Billy is far from lovable but at his core he has a sense of justice – not always an accurate one – that just can’t be denied. For example, when he sees a sex scene his girlfriend filmed for an indie film at the premiere, he is horrified. He simply can’t get past seeing her do those things where everyone can see them. He’s a rumpled knight in dented, rusting armor but he’s also the sort you’d want at your side if you were fighting for a hopeless but just cause.

Crowe also gives the Mayor easy charm and smile on the surface with a crocodile’s teeth just under the facade. It’s a mesmerizing performance and would ordinarily overwhelm someone as blue collar as Wahlberg but the two make a good point/counterpoint sort of chemistry for themselves. Zeta-Jones remains one of the most beautiful women in Hollywood, but she didn’t win that Oscar in a Cracker Jack box; the lady’s got chops and she shows them here in a character study that’s as complex as any in the movie. However, the Israeli actress Tal seems to be having more fun than anyone else in the movie and she is a delight with a future in Hollywood if she keeps getting these sorts of roles.

The action scenes are for the most part forgettable although there are a couple of nifty little set pieces here. This is the kind of mindless fluff that is forgotten as soon as the popcorn is gone but there’s nothing wrong with that sort of movie. I just get the sense that isn’t what the filmmakers had in mind when they undertook this project to begin with.