(Lionsgate) Daniel Craig, Jamie Lee Curtis, Chris Evans, Toni Collette. Direct Rian Johnson delivers a delightful homage to Agatha Christie-style whodunnits with this parlor mystery about the murder of a family patriarch on the occasion of his birthday. An all-star cast highlights the festivities which look to be great fun. November 27

OTHER WIDE RELEASES TO WATCH FOR:

(Netflix) Kerry Washington, Jeremy Jordan, Steven Pasquale, Eugene Lee. A frantic mother and her estranged husband reunite at a Florida police station in an attempt to help find their missing teenage son. Based on the acclaimed stage play. November 1

(Focus) Cynthia Erivo, Janelle Monáe, Vondie Curtis-Hall, Tim Guinee. The story of American icon Harriet Tubman, focusing on her daring escape from slavery to freedom and the iron will it forged to make her into one of the leading abolitionists of her day. November 1

(Greenwich/Showtime) Imelda Marcos, Bongbong Marcos. The story of the controversial political career of Imelda Marcos who rose to power first as the First Lady of the Philippines and then to power in her own right. Now elderly, she is plotting to get her son Bongbong elected to the vice-presidency and is rewriting her family history of corruption and exploitation to do it. November 1

(Amazon) Shia LaBeouf, Lucas Hedges, Noah Jupe, Laura San Giacomo. A child actor grows to young adulthood dealing with an overbearing father. He struggles to reconcile with his dad while dealing with his own mental health issues. November 8

(Amazon) Adam Driver, Annette Bening, Corey Stoll, Jon Hamm. An American Senator sets a recent graduate to look into files that were destroyed by the CIA and what he finds turns into a national scandal. Based on actual events. November 15

(A24) Taylor Russell, Kelvin Harrison Jr, Sterling K. Brown, Clifton Collins Jr. Two young couples in South Florida, facing a devastating loss, try to navigate love and forgiveness in the darkest of days. There are a lot of folks whispering that this might just be the best movie of 2019. November 15 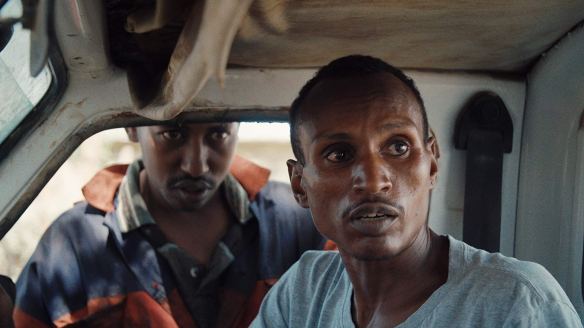 (Oscilloscope) Jon Kasbe. A small-time poacher, with the Kenyan government cracking down on his vocation and unable to feed his family, turns in desperation to his younger cousin, a park ranger who hasn’t been paid in weeks. November 22

(Netflix) Robert De Niro, Al Pacino, Joe Pesci, Ray Romano. Interesting that one of the year’s most anticipated movies is coming out on Netflix (and on a brief limited theatrical run beginning November 1). Legendary director Martin Scorsese looks at one of America’s most enduring mysteries: the disappearance of Jimmy Hoffa. November 27