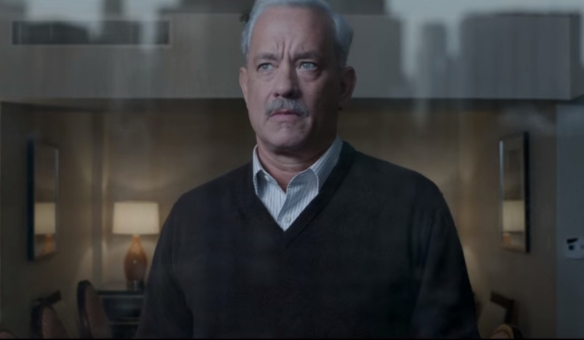 Chesley Sullenberger was a commercial airline pilot but on a routine flight in January, 2009, he became a national hero when his engines were crippled when a flock of geese passed through his flight path. He brought the plane down safely without a single loss of life, but the end of the passengers’ ordeal was only the beginning of his own.

The Beatles: Eight Days a Week – The Touring Years

(Abramorama) Paul McCartney, John Lennon, George Harrison, Ringo Starr. This documentary directed by Oscar winner Ron Howard chronicles the live shows and tours of the Fab Four starting from their days in Liverpool at the legendary Cavern Club to their final show at Candlestick Park in San Francisco in 1966. While this documentary is scheduled to be released on Hulu the same day, the theatrical version will include their legendary 1965 Shea Stadium concert in New York City in its entirety.

(Relativity) Kate Beckinsale, Lucas Till, Michaela Conlin, Gerald McRaney. A young family moves into a fixer-upper in a quaint Eastern seaboard town. While renovating the home, they come upon a small door in the attic that is locked and for which no key appears to work. The room behind the door doesn’t appear on the home’s blueprints and so their curiosity is piqued. Some doors, however, are better left locked.

See the trailer here.
For more on the movie this is the website.
Release Formats: Standard
Genre: Horror
Now Playing: Wide Release
Rating: R (for violent content, bloody images, some sexuality and language)

When the Bough Breaks

(Screen Gems) Morris Chestnut, Regina Hall, Romany Malco, Jaz Sinclair. A young professional couple, desperate to have a baby, finally goes the surrogate route when every other option fails. At first, the woman they choose as their surrogate seems to be a dream come true and after a harrowing event, they invite her to come live in their home with them. However, she becomes obsessed with the husband and proves to be far more dangerous than they thought possible.

(Summit) Starring the voices of Yuri Lowenthal, Jay Jones, Lindsay Torrance, Dennis O’Connor. The tale of Robinson Crusoe is retold (not so faithfully to the original I would imagine) in this animated adventure but in quite the twist, not from the point of view of Crusoe but through the eyes of the animals who inhabit the tropical island which isn’t so deserted after all.

See the trailer and clips here.
For more on the movie this is the website.
Release Formats: Standard
Genre: Animated Feature
Now Playing: Wide Release
Rating: PG (for mild action/peril and some rude humor)