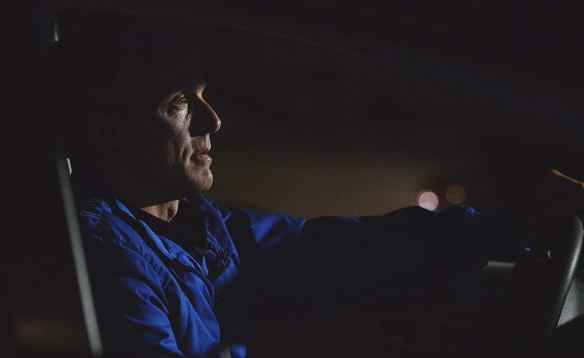 After midnight, he’s gonna let it all hang out.

Inflation changed all that and soon women were forced to enter the job market rather than their traditional role of staying home and taking care of the house and children. Both parents were working often long hours, giving them less time with the kids and less time for themselves. People were less loyal to their employers as they moved readily to better paying jobs elsewhere when the opportunity arose.

Employers were also less loyal to their employees, ending pensions in favor of 401k plans and slowly but surely cutting down on health care benefits, going for less expensive plans as the price of health insurance skyrocketed. To make matters worse, the availability of jobs that pay decently have dropped in favor of contract work, job sharing and gig employment, forcing a lot of people to work two or more jobs in order to make ends meet. The fact of the matter is that people are a commodity that have become less valuable over time.

Leonard Moore (Fabian) is a victim of a changing economy. He once was the owner of a thriving record store – back in the day when records came on vinyl – and stayed with it until the bitter end when even compact discs were rendered obsolete. Unemployed, he’s a stay-at-home dad whose wife Dawn (Clarke) is the breadwinner but who is getting stressed as the home insurance bill is coming due and they simply don’t have the funds to cover it. As most homeowners know, if you can’t get homeowner’s insurance, your mortgage company will foreclose. People can and have lost their homes because of a high insurance bill.

When his extensive vinyl collection proves not to be the financial windfall he was hoping for and an interview with a social media firm ends up fruitless, he does what a lot of people do – he takes up using the family Prius as a taxicab for a (fictional) ridesharing service called DriverX. Leonard stays home with the kids while his wife’s at work and when she gets back home, heads out into the streets of L.A., generally well into the night only to return home after his wife has fallen asleep.

He meets all sorts; drunken millennials riding from party to party and often ralphing in his car or on it which he dutifully cleans up; rude folks who belittle the driver or talk as if he isn’t even in the car and women who come on to him with a thought of a late night cable TV-like experience in the back of his car.

The service is so stingy that riders are unable to tip him, leaving him to rely on good ratings to get customers. Customers complain there’s no complimentary bottled water or charging cords for their phones. Although he is a friendly enough person, that doesn’t seem to factor in to how others relate to him. The middle-aged Leonard also finds it hard to relate to his Millennial customers, most of them more tech-savvy than he and few of them understand him either, seeing him as a relic with an encyclopedic knowledge of bands not relevant to themselves.

Writer-director Barrial based the film on his own experiences as an Uber driver and there is a feeling of genuineness that comes out of it. While there may be a few too many drunken Millennial scenes to do the movie any good – one gets the sense that Barrial isn’t too enamored of that oft-criticized generation – there is a lot of genuine insight into the older generations ability to adapt to a changing world. While the younger passengers are adept with their smart phones and seem to know what to expect from their tech, older passengers seem to struggle and often need instruction from Leonard to get to where they’re going.

Fabian, best known for his work on Better Call Saul, is an engaging presence. It’s a rare opportunity for this veteran character actor to get a lead role and he handles it nicely. The chemistry between Clarke and Fabian is a little weak but then again, their characters are having some fairly serious marital issues so it makes sense that the bond between them feels wonky. Clarke has the unenviable job of playing a bit of a bitch – she rarely gets any sympathetic moments. Few women in the film do, coming off as drunken hoes or cast-iron bee-yatches. A couple of sympathetic female characters would have been nice.

There are some nice cinematic moments as Leonard cruises the post-midnight streets of the City of Angels, his face aglow in the neon “X” that he displays to let all and sundry know he’s a DriverX drone. Although this is essentially a serious drama, there are some light hearted moments as well, as when Leonard gets into a fender bender and tries to resolve the insurance in paying for the damage; the office of DriverX has seemingly no human presence and when he finally speaks to a human being, she is as robotic as the machines that glide about the quiet, dark office of the app giant. I suppose that makes as proper a metaphor for modern society as any.

REASONS TO GO: Interesting points are made about the gig economy, the generation gap and the role of technology in the workplace. Fabian has an engaging screen presence.
REASONS TO STAY: There is more vomiting here than any film needs. There are not many sympathetic female characters here.
FAMILY VALUES: There is some sexual content as well as profanity.
TRIVIAL PURSUIT: The actresses who play Leonard’s daughters are sisters in real life.
BEYOND THE THEATERS: Amazon, Fandango Now, Google Play, iTunes, Vudu, YouTube
CRITICAL MASS: As of 11/30/18: Rotten Tomatoes: No score yet. Metacritic: No score yet.
COMPARISON SHOPPING: Taxicab Confessions
FINAL RATING: 6.5/10
NEXT: Elliot: The Littlest Reindeer