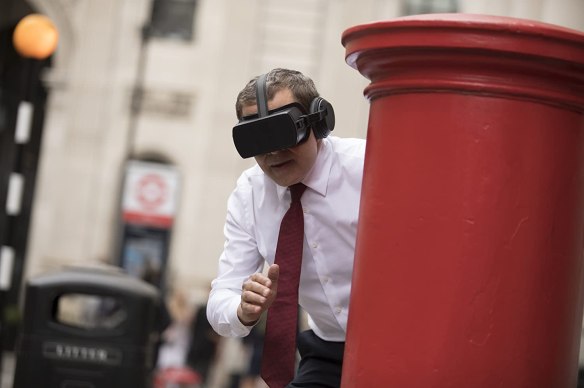 I don’t have a problem with silly movies. I’m all for silliness, and few actors do silly as well as Rowan Atkinson. But did anybody think this character, created for a series of British bank adverts, would last three films?

The suave superspy Johnny English (Atkinson) is happily retired as an instructor at a snooty boarding school, teaching his charges spycraft and military techniques when he is summoned back into service. It seems that a hacker has “outed” all of Britain’s spies, and is playing havoc with the traffic signals and banking system. The testy Prime Minister (Thompson) is getting ready to host the G-12 summit and she doesn’t want Great Britain humiliated. English, an analogue man in a digital world, seems to be the perfect choice to crack the case.

With the aid of a beautiful Russian spy (former Bond girl Kurylenko) and a trusty sidekick (Miller), English chases after Silicon Valley tycoon Jason Volta (Lacy) in a vintage Aston-Martin but does he still have the stuff to save England once again?

If you liked Johnny English and Johnny English Reborn you will probably like this as well – it’s more in the same vein, although the fart jokes of the latter have given way to Atkinson dropping his drawers with dreary repetition. I suppose that’s a step up.

Atkinson remains a gifted physical comedian but the character doesn’t differ much from faux spies we’ve seen in other spoofs. He has Clouseau-like misplaced arrogance, Maxwell Smart-like dignity and Austin Powers-like indominable resilience. There are tons of Bond references here but let’s face it, Bond did his own self-parody years ago and much better than this franchise.

Fans of Rowan Atkinson will dig this but probably not many else and even they may grouse that he was much better in Blackadder which he was. Then again, the writing in that series was so much better than the lowbrow tripe we get here. Perhaps this would have been better titled Johnny English Wears Out His Welcome.